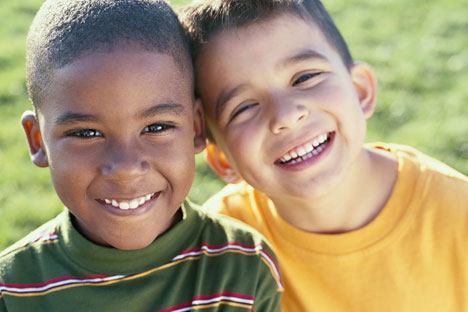 The word негр (nyegar) sounds too close for comfort to the dreaded English variant, which is highly offensive in the West. Source: Press Photo

Russia remains one of the few countries in the world, where accepted norms of polite society don’t call for political correctness.

“I heard that people take their cows for a walk in the streets of Indian cities,” an 80-year old retired Russian bureaucrat once told me without the least bit of hesitation. Before I could say anything her daughter responded, taking offence to that remark not since it was a stereotype about India but because she felt that her mother was culturally insensitive. “If we can take dogs for a walk here in Voronezh, then what’s wrong with taking cows for a walk in India,” she rebutted. I couldn’t help but laugh at these remarks, which may have been off the mark, but were hysterical none the less.

I disagree with many Russia-hands, who suggest that thick-skin is essential to survive in the country. It’s more about having a good sense of humour and having the ability to laugh at oneself. Political correctness is not considered an essential virtue in Russian society and what some outsiders may find offensive is quite often considered normal in Russia.

While on a fishing trip in a “sensitive” area in the Russian Far East, our jeep was stopped at a post by border guards, who were checking my border pass. When an old Lada with a group of Russian fishermen crossed, the border guards were lax in checking if they were registered in the region and had the right to enter the zone without a similar pass.  A cocky border guard said that the group was full of “dirty Russians,” and that there was no need to check their papers. Much to my surprise, I seemed to be the only person offended by that tasteless remark!

The Russian language rich as it is, has a few words in use that would be politically incorrect elsewhere. For instance, the word негр (nyegar) sounds too close for comfort to the dreaded English variant, which is highly offensive in the West. Many Russians don’t see anything wrong with that word and in this category I include people who don’t harbour racist thoughts. I once argued with a friend over the use of this word and he showed me his Russian-English dictionary, which said the word meant African. He laughed when I said it didn’t take too much effort to call Africans африканцы (Afrikantsi). The way I look at it, негр is very offensive since a decent Russian would not utter that word in front of an African.

It’s no secret that Moscow lags behind major European cities when it comes to facilities for disabled people. I once tried telling a reporter (who was writing in English) to stop using the word ‘invalid’ for disabled. She shot back saying it’s a perfectly fine word in Russian and people preferred using it over нетрудоспособный (nyetrudosposobni), which was large and allegedly bureaucratic.

The usage of a word that irritates me the most in Russia is национальность (nationalnost) since it classifies ethnicities as nationalities. Ever wondered why in a Russian visa form, you had separate columns for nationality and citizenship? In countries with an English heritage, these two words essentially mean the same thing. The usage of национальность goes back to the good old Soviet days when one was a Soviet citizen but a Russian, Uzbek, Estonian or any other national. Jews were classified as a separate nationality. This mindset exists in Russia to this day, where offensive Jewish jokes aren’t frowned upon as much as they should be. A colleague who visited Israel recently came back beaming with pride saying the Russians she met in the country were more Russian than Jewish. When I tried to correct her by saying that she meant more Russian than Israeli, she was adamant and said no, she meant Jewish. Aren’t Jews in Russia, Russian, I asked her and then she gave me a lecture on the words русский (russki) and российский (rossiski) both meaning adjectives meaning Russian but allegedly the former is more Russian than the latter!

It may be a great dichotomy that despite all these irritants in the language and people’s insistence on using such words and terminology, I never faced a single incident of racism in Russia in the 9 years that I have been associated with the country. Being prone to biases and generalisations, I have to say that Russians are the most large-hearted, hospitable and friendly people I have ever met.