The Voice of Russia
Natalya Benyukh 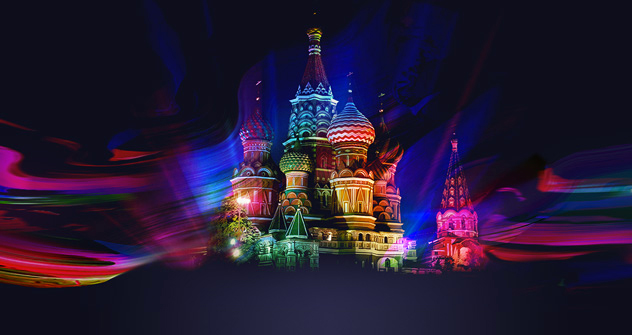 ‘Days of Moscow’ festival in Delhi will take place on October 26-29. Source: Lightfest.ru

Officials from the national capitals to share ideas and exchange information on public housing, infrastructure and utilities as well as discuss business and cultural cooperation.

Moscow and Delhi, two of the largest megalopolises of the world, intend to study and introduce all the best practices of each other in the area of city management. In the next few days, specialists representing various services of the two capitals will meet each other in the Indian capital.

Those meetings will be an important part of the ‘Days of Moscow’ festival in Delhi, which will take place on October 26-29, says Sergey Cheryomin, the head of the delegation of the Moscow Government and the minister of External Economic and International relations in the capital's government.

“We will share experiences in the area of residential property management services of the two capitals, their public transportation, energy saving and supply, healthcare, education and culture,” says Sergey Cheryomin.  “For Moscow, which has just expanded territorially, Delhi’s experience of developing its city territory is interesting... The metro system is being actively built in the Indian capital. Moscow has also announced its ambitious plans of developing new metro lines.”

Cheryomin also said the Moscow authorities would be interested in studying the technology used by Indian builders. “For the Indian side, Moscow’s experience in water supply and water usage is very interesting,” he said. “Moscow authorities are very interested in the well-managed medical institutions of Delhi and the medical practices they use. The two capitals have a lot of tasks in common in terms of infrastructure development.”

During the festival days, a Programme for Cooperation will be signed between the governments of the two capitals for 2012-2015.

The participants of a business forum plan to discuss the investment aspects of the potential or already reviewed joint projects between Moscow and Delhi or Russia and India. The forum is prepared by the Business Council on Cooperation with India. We have a serious business mission, says Cheryomin who is also the chairman of the business council.

There are 20 businessmen in our delegation, among which are heads of state and private enterprises. On the Indian side, heads and members of the Confederation of Indian Industry will take part in the forum. The Business Council on Cooperation with India has fruitfully worked with the influential business organisation for years. In the course of the forum we plan to discuss the issues of creating a favourable climate and support for Russia's investments in India.

The business meeting and negotiations of the Days of Moscow will take place in the first half of the day. And in the second half of the day all Delhi participants will take part in a great cultural programme. A photography exhibition entitled ‘A Walk through Moscow’ will open at the Lalit Kala Academy.

‘The Virtuosos of Moscow,’ a famous orchestra will perform in a concert at the Russian Centre for Science and Culture. One of the leading Russian fashion designers will have a show at the DLF EMPORIO shopping centre. The festival will also feature a concert of Moscow artists that take place in the central park at Connaught Place.

Next year the residents of Russia’s capital will host the ‘Days of Delhi’ festival.