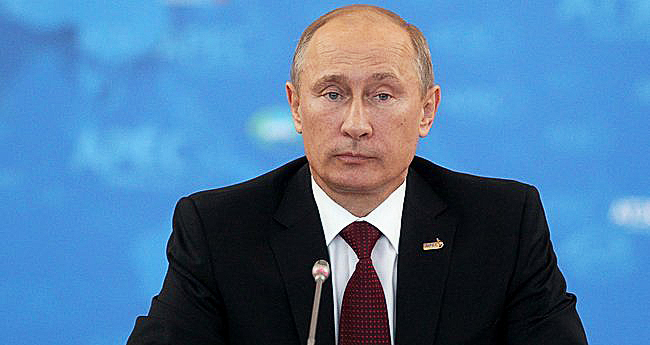 New Delhi maintains that the Indo-Russian ties remain as solid as ever before, though they concede that there are important differences and divergences between the two sides.

The sudden postponement of Russian President Vladimir Putin’s India visit by seven weeks has jolted the Indian diplomatic establishment, though the architects of India’s Russia policy are keeping up a brave front. The Indian diplomats are engaged in a hectic but quiet repair work though they maintain, and rightly so, that the time-tested close India-Russia ties are not and cannot be predicated on an annual summit meeting.

New Delhi maintains that the Indo-Russian ties remain as solid as ever before, though they concede that there are important differences and divergences between the two sides. Indian diplomats have taken note of the not-so-veiled on-record warning issued by Putin’s press secretary. A Moscow/New Delhi-datelined report carried by The Hindu newspaper on October 23 quoted Putin’s press secretary Dmitry Peskov as remarking thus: “All details of the bilateral agenda must be finalised by that time (December 24), so that the visit gets maximum substance.”

This is a much more strident and clear articulation of the Russian position which is in sharp contrast to the Indian position that Putin postponed his initial October 31-November 1 India visit to December 24 for domestic reasons. However, the Russians too have given diplomatic elbow room to India by postponing Putin’s Turkey visit as well to December, thus allowing the Indians to argue that the postponement of the visit was not India-specific. Putin was to have back-to-back visits to India and Turkey, but now he will be visiting Turkey and India in the first and last week respectively.

The Indian diplomatic repair work is focused on two major Russian concerns – Sistema and Kudankulam, in that order. The Sistema Shyam Tele Services Ltd (SSTL) suffered a jolt on February 2, 2012 when the Indian Supreme Court cancelled 21 of its 22 second generation telecom licenses. If the matter, now pending before the Supreme Court, is not resolved soon Sistema’s 16 million subscribers would see their phones going dead in January 2013. The strong Russian interest in Sistema arises from the fact that the Russian government has poured in $600 million and the powerful Russian oligarchy another $2.4 billion in the project.

The Indians had thus far been maintaining the line that there was nothing much it could do in the matter as the matter is pending before the Supreme Court. New Delhi has been telling Moscow that the judiciary in India is fiercely independent. But Moscow was, and continues to be, unimpressed and unmoved by this argument. Russian deputy prime minister Dmitry Rogozin bluntly told his Indian interlocutors at the highest level during his India visit earlier this month that Moscow wanted to see results.

Now after the latest googly from Moscow, the Indians appear to be softening their stand somewhat. India is now preparing to tell Russia through the back-room diplomatic channels that it would try its best to reason out with the Supreme Court the importance of providing relief to Sistema in the larger national interest. The Indian Government is hopeful that the judiciary would not be oblivious to its arguments and the court would take a sound decision in the larger national interest within the four corners of Indian laws.

The second major concern of the Russians where the Indian diplomatic repair work is concentrated is the Kudankulam Nuclear Power Project (KNPP) in Tamil Nadu. The Russians are building the power plant which will have six units of 1000 mw each. The first two units are to be operational soon while negotiations for 3rd and 4th units are on. The Russians signed the KNPP agreement with the Indians in 2008. Two years later the Indian Nuclear Liability Law came into force which put the onus of a nuclear accident at the plant site on the providers (Russia) and raised the damages cap substantially.

The Russian argument that units 3 and 4 are actually “grandfathered” by the 2008 agreement and thus should be exempt from the subsequent liability law of 2010 has been rejected by the Indian government. In fact, the Indian government has quietly enforced the liability law. Now against this backdrop, the next best option that the Indians can offer to the Russians is to agree to an escalation in costs. New Delhi is deeply aware that the cost escalation in subsequent units of KNPP is inevitability. The tricky business now is how much the Russians settle for.

Indians have always regarded the Russians as the toughest bargainers. But this used to be in context of price negotiations with regard to defence deals only. Now the Russian hard talk is coming through diplomatically and that too at the highest level.

Ironically, the tough diplomacy by the Russians has relegated to the background one very important Indian concern: inordinate delays on part of Russia in defence deals and “poor workmanship” from the Russian engineers in such projects as INS Vikramaditya, Su-30 fighter aircraft and T-90 tanks. Coupled with this is the fact that constant deferment of deadlines has also been resulting in substantial cost overruns.

Indications emanating from the South Block in New Delhi are that while the Indians are going to walk an extra mile to ensure that Putin does not postpone his India visit any further, the Indian side is not prepared to put the issue of delays in defence projects on the back burner. Coming few weeks would witness some very intense and hyper-active diplomacy between New Delhi and Moscow.