This Halloween: A Russian guide to scary movies 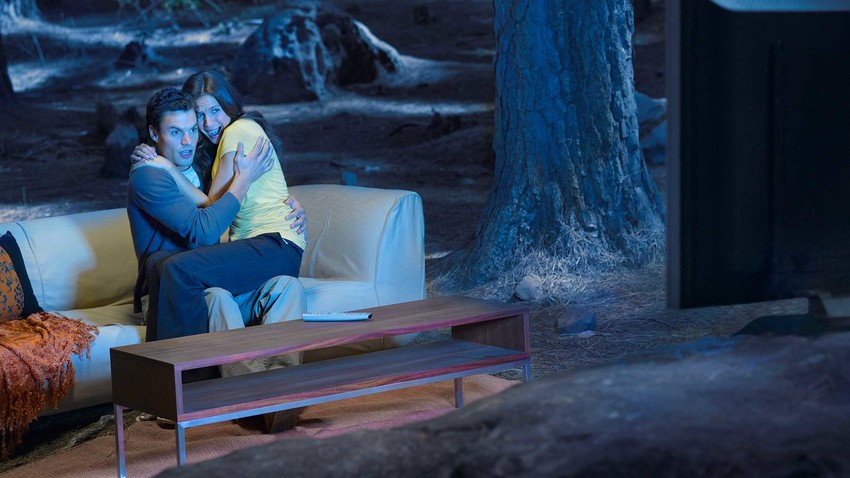 Many little-known, low-budget horror movies have been produced in Russia, but the worthwhile films in this genre are more aptly described as thrillers

Getty Images
Russia Beyond introduces a short survey of the 12 scariest Russian movies ever made.

Russia’s first horror films appeared before the Revolution in 1917 and, unfortunately, did not survive to present day. These first films had largely to do with the flowering of symbolism and other decadent tendencies in Russian literature that actively promoted interest in mysticism.

Later, horror movies were not produced in the Soviet Union, where the only permissible artistic method was socialist realism. The screen version of Nikolai Gogol’s Viy remains the only example of a horror movie made in Soviet times. A revival of interest in the genre began in the late 1980s, during perestroika. Since then, many little-known, low-budget Russian horror movies have been shot, but the worthwhile films in this genre are more aptly described as thrillers.

Considered the first and only Soviet horror film. An adaptation of Gogol’s 1835 tale “Viy”. One of the most popular Soviet films of 1968, with 32.6 million viewers.

Plot: One night, a young seminarian named Khoma Brut accidentally kills a witch. Shortly afterward, Khoma is summoned to perform the funeral service for a young lady who turns out to be the very same witch. The service is to last three nights, during which the witch will ultimately seek her revenge on the young student.

An adaptation of Agatha Christie’s“And Then There Were None.”

Plot: A group of strangers are invited to a desolate island. The group includes a retired military man, a doctor, a teacher, a policeman, a judge, an elderly lady — people from all different walks of life. They arrive only to discover that their host is not on the island and that, in the house where they are staying, the servants have no idea who hired them. Because of bad weather, the island loses contact with the mainland; the boat that brought them to the island disappears. The guests settle into their rooms and decide to wait and see what happens…

Plot: This mysterious story, shot in the style of Russian Decadence, takes place at the beginning of the 20th century. A brilliant (or perhaps mad) artist meets a beautiful girl who looks exactly like one of the mannequins he created.

Plot: The action takes place in a ghost town in Central Asia. The town once stood on the seashore, but the water receded and left the town surrounded by a desert. The townspeople long ago abandoned the place, and the town has now been taken over by packs of wild dogs. A group of hunters is sent to the ghost town to destroy the dogs.

Plot: Investigator Andrei Krutitsky is assigned the job of looking into the mysterious suicide of a young mother. Before taking her life, Olga Maltseva suffocated her small son with a pillow. Olga’s lover claims that she had been driven to suicide by the ghost of her father. Olga’s father, who died 12 years earlier in an accident at a chemical plant, had allegedly been appearing to his daughter every day, insisting that she kill herself and her son. Immediately after talking to the investigator, Olga’s lover also commits suicide.

A provincial tale, beautifully acted in the manner of an ominous detective story.

Plot: A small town, to which a teaching student named Dina has come to do field work, is paralyzed with fear. A string of mysterious murders involving girls who all look alike has caused residents to fear that a serial killer is at large.

Plot: There is a so-called curse of the three daughters, and anyone who falls under it dies within three days. The curse is named after three “strange” sisters who were killed by their mother. At the moment of their deaths, out of their terrible rage, the curse was born.

Plot: The story takes place in the Soviet Union, in 1984 – the end of the Soviet era. In the provinces, the daughter of a local Communist Party functionary goes to a discotheque and disappears. There are no witnesses and no suspects. On that same night, in a house on the edge of town, a brutal murder takes place. The killer is known. Both investigations are assigned to police Capt. Zhurov…

Based on a supposedly true story from the Soviet era, spread by word-of-mouth amongst Orthodox believers.

Plot: In 1956, during a merry celebration in the Soviet provinces (the town of Grechansk in the film, the town of Kuybyshev in actual fact), a girl named Tatiana takes an icon of St. Nicholas and dances with it. She freezes suddenly – still as a statue. Horrified, her friends all run out of the house. Tatiana continues standing there, frozen stiff for weeks.

Plot: A Moscow college professor named Andrei Belov moves from the capital to a provincial town. He finds work as a homeroom teacher in a local secondary school for girls. He soon finds that the girls in his class behave very strangely. He discovers that there has been at least one suicide amongst them: Sonya Yalinskaya threw herself out of a window. In the diary of another girl, Andrei finds a note: “Save us!” He realizes that his students are hiding a terrible secret.

11. Nosferatu: The Horror of Night (Animation)

Plot: A young clerk named Jonathan sets out on a long journey to the country of Transylvania at the foot of the Carpathian Mountains – a place well known in fairy tales and films to be inhabited by werewolves, vampires and the gloomy Count Dracula.

Plot: The story opens on a rainy summer evening. Young people are filtering into Phobos – a basement nightclub built in a former bomb shelter. Every one of them has their own reason for coming to Phobos. At first, everything seems fine; but then an accident causes the lights to go out and the bomb shelter’s doors to seal shut. The unwitting prisoners don’t realize the danger of their situation – they joke around and frighten each other, but their mobile phones also lose service and no one there has told anyone they were going to Phobos…