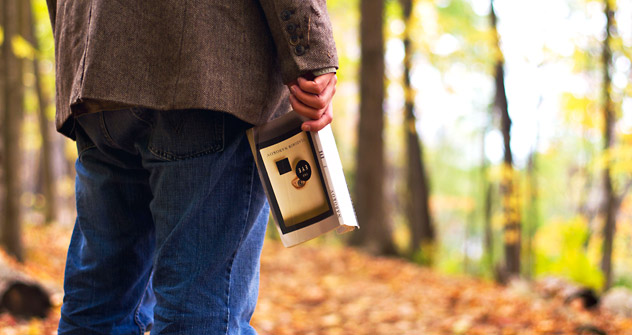 Books of great writers such as Chekhov, Tolstoy and Dostoyevsky remain highly popular across the length and breadth of India. Source: flickr.com / nwhite1

Moscow needs to reach out to a small but growing niche that appreciates contemporary Russia.

At a recent panel discussion on international relations in Mumbai, “experts” argued about the merits of India’s political class warming up to the United States. The so-called Russia experts harped on the role the USSR played in the 1971 Bangladesh Liberation War. While members of the generation that lived in those days are grateful for Moscow’s help and steadfast support of India, children growing up on American cartoons (dubbed in Indian languages) and birthday parties at McDonalds are not going to have the same kind of adulation for Russia.

Many among the highly ambitious middle class youth of this country look at western countries as “greener pastures” where life is easy and there is plenty of money to be made. A lot of these perceptions have to do with the onslaught of Hollywood films and American television shows. Russia, on the other hand, is not a country that Indians en masse would want to migrate to. The standard Russian argument to this (and I completely propagate this view) would be: “Where’s the need to migrate from a country with a $1.7 trillion GDP, which grows at 5 percent per annum in the worst of years?”

The Russian view of India is that of a dynamic country with an ancient civilisation that is poised to race ahead with other members of the so-called BRICS and reach levels of economic prosperity not witnessed since pre-colonial times. Russia is one of the few countries that looks at India as an equal partner and not with the annoying condescension that is part and parcel of Western attitudes towards the land of “snake-charmers.”

For those who think I am being overly critical of Western attitudes, I suggest a visit to the film festival circuit. For a film about India made by a Westerner or an Indian to be applauded by the critics, the following things need to be highlighted: poverty, violence and the ugliest visuals of India. At the recently-concluded Mumbai Film Festival, I was given a lecture by a European diplomat about how a poorly-made film (by a European director) was an act of courage and showed the “real India.” The so-called real India for that man from a country, whose best days are behind it, is not the posh apartment in an elite Mumbai locality, where he gets chauffeured in an imported car. It’s the poverty of a country that he would happily like to see prolonged so that citizens of his “civilized country” can continue coming to India on expat salaries and preach to the natives.

I am going make a comparison to the way India is shown on Russian television. I once saw a Russian documentary on the beautiful temples of Thanjavur in the state of Tamil Nadu. The aim and focus of the programme was the architecture and the grandeur of the temple. The filmmaker didn’t try and show any poverty or the sight of cows roaming around the temple premises. Missing was the Western dedication to highlight the negativity around the place and emphasise that modern India has decayed from those days. Russians seem to have a particular eye for beauty in India and the Russian internet community on Live Journal and Vkontakte has thousands of pages focussing on the country’s beauty.

It may also be empathy that leads to greater respect for India in Russia. The same kind of people who have a patronising attitude towards India love to take pictures of drunken men and old buildings in Russia. They exaggerate incidents of xenophobia and homophobia in Russia, when their own societies are hardly more tolerant of ethnic, religious and sexual minorities. They love to preach democracy in Russia, when their governments still cosy up with the “good dictators” of the world.

If there’s one thing that Russians and Indians view with equal contempt, it’s the preaching that comes from the supposedly well-meaning West. Not many people in India know about the great amount of respect their country enjoys in Russia.

When it comes to building Brand Russia in India, Moscow needs to change its focus. Putting aside the types who still think the Soviet Union still exists, the brand can be built by reaching out to a small but growing niche that appreciates contemporary Russia. This would include individual adventure travellers looking to experience the Extreme Russian Winter, young Indians who are fascinated by ballet and those looking to emulate Grandmaster Vishwanathan Anand.

For others in India, Russia is about great traditions in literature and classical music. Books of great writers such as Chekhov, Tolstoy and Dostoyevsky remain highly popular across the length and breadth of India. The on-going cultural festival of Russia has definitely created a buzz in Delhi, Chennai and Mumbai is proof that there is a genuine interest and craving for Russian culture in India. This doesn’t however mean that public opinion will call for a strategic axis between Russia, India and China.

Instead of thinking of reaching out to the Indian masses, Russia should focus on the new generation of confident Indians who see the opportunities that the country can offer as a partner in progress. With trade growing between the countries, economic opportunities are only going to increase and with it the interest in the Russian language and culture. This has to be the base on which to build Brand Russia in India.