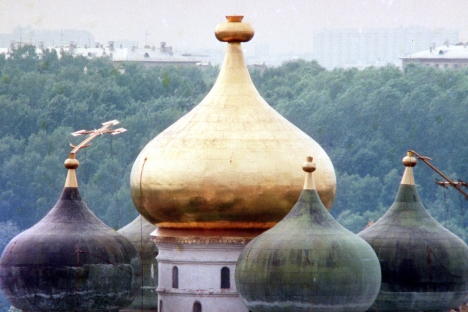 Hundred-foot-a-second winds in Moscow damaged 2157 buildings and resulted in a billion rubles’ worth of damage in 1998. Eight people were killed and 157 were wounded. Source: ITAR-TASS

Occupying one sixth of the world’s landmass, Russia has experienced its share of natural disasters, not least among them hurricanes.

While weather currents have spared the country likes of Hurricanes Katrina and Sandy, RBTH offers a brief timeline of the deadliest ones over the last 20 years.

Hundred-foot-a-second winds in Moscow damaged 2157 buildings and resulted in a billion rubles’ worth of damage. Eight people were killed and 157 were wounded. Over 400 thousand military personnel were involved in rescue operations.

Two people were killed and 14 wounded in Western Russia’s Perm Region. Eleven villages were left completely without power, as well as over 700 buildings in the regional million-strong capital, Perm.

Russia’s busiest airport, Domodedovo (outside Moscow), was temporarily closed after strong winds hit Central Russia. In the nearby city of Ryazan, three people were killed by falling tree branches and billboards. In the Tula Region, four people died and 90 were wounded after a bus flipped over. Hundreds of small towns were left without power.

Six people were killed and 58 wounded in Siberia’s Lake Baikal region after a powerful hurricane.

Powerful winds in Russia’s North Caucasus and Southern regions knocked out power lines, leaving hundreds of thousands of people without power. The damage was so severe local rescuers gave the hurricane a name (like their American counterparts), Fion.

A powerful hurricane over the Volga and Ural regions in three deaths and 52 injuries (including five children) and massive damage to buildings.