Russia is preparing to overhaul its nuclear-missile shield 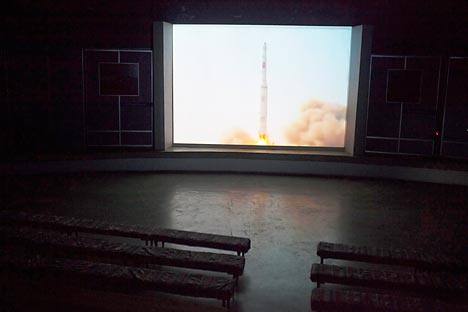 Nuclear weapons are not designed for local conflicts, but to maintain the balance of power in the geopolitical confrontation with the United States. Source: AP

The development of the American global missile defence system has encouraged the Russian Armed Forces to seek an asymmetrical response to serious challenges.

Russia is planning to increase annual defence spending from its current level of 3 percent of GDP to 3.7 percent in 2015, which equates to more than 3 trillion roubles. The Strategic Rocket Forces will consume a substantial part of this money, with the nuclear missile programme benefitting the most from the projected increase in budget allocations. According to Vladimir Komoyedov, head of the State Duma’s Defence Committee, spending on nuclear-missiles will reach 101.15 billion roubles in 2013–2015, compared to just 27.4 billion roubles in 2012.

Chairman of the Russian Ministry of Defence’s Public Council and editor-in-chief of Natsionalnaya Oborona (National Defence) magazine, Igor Korotchenko, calls the increase in spending a natural phenomenon: “This is the objective reality. It reflects the essence of the current and foreseeable global political situation. And if Russia wants to protect its national interests, then it has to respond to this.”

Former head of the Ministry of Defence’s International Military Cooperation Department Lieutenant-General Yevgeny Buzhinsky notes that the rise in financing for national defence is a direct result of the financing gap of the 1990s. “The failure to adequately build up the armed forces must be made up for in order for the country not to lag behind the global leaders,” he explained.

Korotchenko attributes the increase in budgetary allocations for the nuclear weapons programme to the impending mass production of new types of solid-fuel ballistic missiles, specifically, the Bulava and RS-24 Yars. “They are essential to our armed forces, given the plans to discard and decommission a substantial part of our strategic delivery weapons; those with an expired service life that need to be replaced,” Korotchenko said.

In early September, Strategic Rocket Forces Commander Colonel-General Sergei Karakayev said that Russia would create a new heavy intercontinental ballistic missile with a carrying capacity of five tonnes – four times the capacity of the Yars or Topol. A month later, the Russian Ministry of Defence approved the graphic design of a new liquid-fuelled intercontinental ballistic missile for the Strategic Rocket Forces.

Commenting on the timeframe for the creation of the missile, deputy director general of the Military Industrial Corporation NPO Mashinostroyeniya Andrei Goryaev said that roughly ten years would be required. “Following a 30-year break, the country might encounter difficulties at various phases that cannot be anticipated,” he said.

A submarine nuclear shield component is also being developed. The Borei-class Yuriy Dolgorukiy submarine of Project 955 is expected to be put into service in 2013, whereas the first Alexander Nevsky nuclear ballistic missile carrier of the same class and project will become part of the Pacific Fleet in 2014, Defence Minister Anatoliy Serdyukov said on Monday.

Furthermore, Colonel Vadim Koval, the Russian Ministry of Defence spokesperson for the Strategic Rocket Forces, said that Russia was eyeing rail-mobile ballistic missile systems. However, the “final decision on the complexes has not yet been made,” Interfax quotes the colonel as saying.

Obviously, nuclear weapons are not designed for local conflicts, but to maintain the balance of power in the geopolitical confrontation with the United States. The development of the American global missile defence system and the implementation of the Prompt Global Strike effort have encouraged the Russian Armed Forces to seek an asymmetrical response to these challenges. Vladimir Putin made this clear when running for presidency back in February 2012 in his article for Rossiiskaya Gazeta “Being strong: National Security Guarantees for Russia”.

Commenting on the challenge from the US missile defence system, Putin promised that “Russia’s military response to the global US missile shield, including its European part, will be effective and asymmetrical, a match for US missile defence policy.” He went on to say that Russia would “under no circumstances” give up its strategic deterrent capability.

The new role of Russian nuclear weapons is best described as this: they are here to ensure strategic missile and nuclear parity and rule out the use of nuclear weapons by creating a framework in which neither party will have advantages in countering a nuclear attack.

Rail-mobile ballistic missile systems are trains with two or three locomotives and special carriages (that look like refrigerator or passenger carriages) that carry transport and launch containers with intercontinental ballistic missiles.

Owing to its mobility and deployment capacity, the rail-mobile ballistic missile system ensures that the location of the missiles is unknown, making it very useful during a potential nuclear war. The last Russian rail-mobile ballistic missile system was removed from combat duty in 2003 as part of the Strategic Arms Reduction Treaty II with the United States signed in 1993.