Back in time… Or not 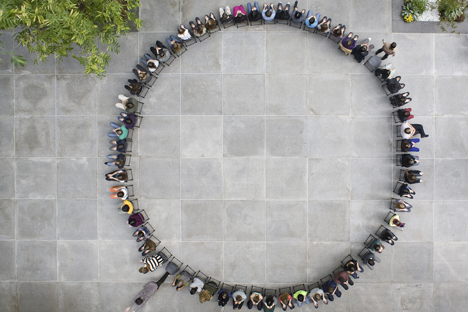 A tradition that can be confusing and mysterious to many, Daylight Savings has been a source of controversy since then-President Dmitry Medvedev made it a hallmark of his tenure last year.

Last Sunday, Russian social network users woke up and began pitching fits over the Daylight Savings time change – or lack thereof – in Russia. “What time is it really?” demanded bewildered gadget-users whose computer time may have turned back one hour but whose phone clocks remained the same.

It’s official: while much of Europe moved an hour back to standard time over the weekend, Russia remained on permanent summer time. Moscow is now four hours ahead of London, and two hours ahead of Kiev – but remains eight hours ahead of New York City until Sunday, since the United States doesn’t change to winter time until November 4.

A tradition that can be confusing and mysterious to many an average citizen, Daylight Savings has been a source of especially abundant controversy since then - ex-president Dmitry Medvedev made it a hallmark of his tenure last year. Medvedev abolished Russia’s yearly change to winter time in February 2011, citing research that found health problems like “violation of human biorhythms” related to the biannual time switch. “It’s just irritating. People either oversleep or wake up early and don’t know what to do with the hour,” he told Russian news agencies.

Many Russians complained, however, about the resulting dark winter mornings. So this year, in a daring bid for defence of winter time, Sergey Kalashnikov, head of the Duma Committee on Health, proposed a bill at the end of September to restore winter time – permanently.

Kalashnikov called the idea of permanent summer time “absolutely unacceptable,” reported The New York Times, and quoted his own array of medical experts who supported the new change.

Other experts agreed. “The lack of daylight leads to depression and aggravation of other illnesses. There were also complaints of bad mood, irritability and poor sleep,” Semyon Rapoport, chairman of the Problem Committee on Chronobiology and Chronomedicine, told RIA Novosti.

Kalashnikov also proposed that Russia reinstate 11 time zones from its current nine. Medvedev eliminated zones Moscow +1, containing the Samara region and republic of Udmurtia, as well as Moscow +9, containing Kamchatka and Chukotka, in 2010. Thousands took to the streets in Kamchatka and circulated petitions to protest the move.

Kalashnikov’s legislation wasn’t accepted in time for Oct. 28, but the Duma has not ruled out a change to winter time before the end of the year. “The date of the change may not be [Oct. 28] because that date is just provisional,” Kalashnikov stated.

It may be that Russians will have to adjust their gadgets on short notice this time around.

Yet in Moscow, there is some respite from the constant confusion. If ever in doubt about summer or winter time – or even if you suspect your watch is off – dial “100” on any Moscow phone to hear the current local time.