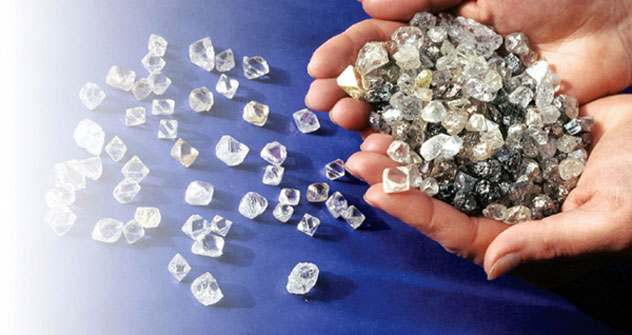 Key players in the Russian jewellery industry are impressed with Indian products and designs and see tremendous potential in cooperation with their Indian counterparts.

It took Russian jewellers, who otherwise have a good eye for diamonds, quite some time to catch up with global enthusiasm towards Indian jewellery. To quench the thirst for promising deals, jewellers from Russia met their Indian colleagues in Mumbai this week. Understanding each other’s requirements and market trends, besides business ethics and language, was a bit tough but promising pastime.

The second Indo–Russian Jewellery Summit aimed at boosting trade ties between the two countries kicked off in Mumbai on October 29. The summit hosted 15 jewellery manufacturers from India and 13 key players of the Russian jewellery industry, from manufacturers to wholesalers and retailers who collectively have more than 5,000 outlets across Russia and CIS countries.

The first Indo-Russian Jewellery Summit was organised in a year ago followed by the Diamond summit held earlier in 2012. Both events had a good impact on India's trade relations with Russia. However, as several Russian jewellers told RIR, very few deals made during previous events made a lasting impact. This time, though, Russian buyers seemed to be geared up for ‘real’ deals.

During the networking meeting jointly organized by GJEPC and the Moscow Diamond Bourse, Indian companies could present their products and show the manufacturing process. In two days Russian delegates made a visit to SEEPZ Special Economic Zone in Mumbai, one of the largest special economic zones hosting about 300 units engaged in electronic hardware, software and jewellery exports. The latter account almost 57 per cent of total units of SEEPZ. Russian jewellers also visited the factories of Goldiam Jewellery Ltd, Uni Design Jewellery India and other manufacturers.

“Within two-days visit to Indian factories Russian experts were really amazed by the level of production established there, the level of equipment, the level of management at the units and especially the standards of quality management,” said Irina Litvinova, Project Director of Moscow Diamond Bourse.

“The format of the summit worked out very well. All the buyers as well as the Indian participants were happy. Though it will take some time till we see the real deals, the potential will certainly develop,” Sanjay Kothari, the Vice Chairman of GJEPC India told RIR. He added that most Russian buyers will consider ordering products made as per their own custom designs as the existing designs, which are similar to American and European styles, may not be successful among Russian consumers. 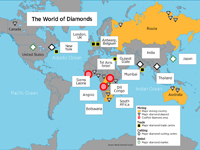 However, some of the buyers were happy with Western flavour of Indian jewellery. “We signed several contracts with Indian companies. The designs that we saw here are mostly European and American designs as most of the exporters here target those markets. In any case these designs are not very different from what we are selling in Russia. The most important thing was balance of quality and price which we could get here,” said Svetlana Voloskova, the owner of large retail jewellery chain “Valdai.”

Presenting SEEPZ to the Russian delegation, Reshma Lakhani, Joint Development Commissioner of the zone, suggested that it would be beneficial for Russian companies to send raw material for final cutting to Indian manufacturers or establish cost effective joint production with manufacturers at SEEPZ, since import duties on jewellery and diamonds in Russia are very high.

“Indian companies offer very attractive prices. However, after paying import duties that account for more than 40 percent of the costs, the price becomes almost the same as products made in Russia,” said Irina Litvinova. Viktor Tulupov disagrees: “The cost of labour in India is at least three times less than in Russia, accompanied with fewer burdens, Indian price becomes competitive even after paying those 40 per cent taxes.” Tupolov added that the Indian manufacturers’ desire to cooperate with Russian buyers will give a great boost to trade relations between the countries.

Journey to the East

Considering heavy import duties and very limited local manufacturing in Russia, there is a lot of potential for Indian companies to establish themselves in Russia through distribution and marketing offices, experts say.

“Custom duties for diamonds and diamond jewellery are a flat 20 percent on invoice value. On top of that importers pay 1.2 inspection levy and 18 percent VAT. This raised the value of the imported jewellery to retailer by almost 42 percent, says Alex Popov, Chairman of Indo Russian Jewellery Foundation and President of Moscow Diamond Bourse. He adds that that global jewellery brands like Cartier, make substantial profits in Russia after establishing local distribution centres that import diamond jewellery at their own expense and sell them in the country at global retail prices. Popov suggests a similar model for Indian manufacturers.

“There are few Indian companies which have opened their offices in Russia and we suggest that all interested companies open their distribution centres in the country to promote their products. Bringing manufactured jewellery at their own expense, Indian companies can considerably reduce payable taxes,” Popov explains. “From the business size point of view, Indian companies are not that far from Cartier and others, however, it’s also a matter of branding, business planning, mentality, and so on. This is something we are trying to explain to our Indian colleagues during such meetings,” Popov adds.

According to the Moscow Diamond Bourse, in 2007 there were almost 6 000 companies in Russia manufacturing jewellery, employing more than 20000 people. Today there are some 4,500 manufacturers in Russia, out of those only 1,300 are organised jewellery factories and the rest are individual artisans. “There is no mass productions of jewellery in Russia, it is not an organised industry like it is for example in India, China and some other countries,” says Popov.

On the contrary, the Russian retail industry is growing. Its annual turnover is estimated to reach around $16 billion. “Most of the retail is concentrated in St Petersburg and Moscow, making prices in the range of what you’d find in London or New York. Russian consumers are probably among the best in the world,” Alex Popov says.

Kunal Vora, the Director of Goldiam Jewellery hopes that it is just a matter of time and such a perception of Indian jewellery will change once the ties between Russian and Indian jewellers develop further.