Russia to declare war on Tiger-poachers 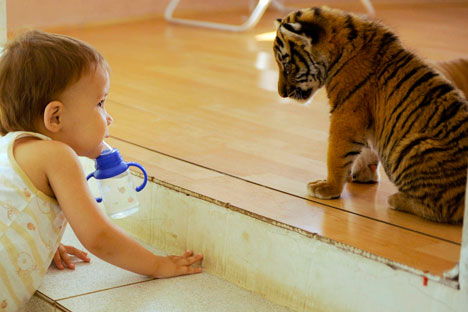 Russia has a population of about 400 tigers mostly in the Far East. Source: Mikhail Mordasov

New legislation proposed by the government in cooperation with WWF looks to punish those trading, possessing or transporting body parts of endangered species.

In a bid to save its tiger population from extinction, the Russian Government has proposed a new legislation that will come down hard on poachers. “Trade, transportation and possession of endangered species will all be considered crimes under new legislation proposed by the Kremlin,” WWF said in a press release.

Hunting has decimated the tiger population and led to the world losing 97 percent of its wild tigers according to the agency. WWF estimates the global wild tiger population at 3200. “Unfortunately, until now, law in the Russian Federation, home to many of the world’s remaining tigers, only considered the actual killing of an animal to be a crime,” WWF said. Poachers caught carrying tiger body parts could claim that they found the animal already dead and escape conviction.

A man was recently caught with the remains of six tigers, and another with eight tiger skins, WWF said. Both men would only have to pay an insignificant fine under existing laws in Russia.

“This new development is a significant step towards protection of tigers and other endangered species threatened by trade and poaching,” said Igor Chestin, CEO of WWF Russia. The Russian Ministry of Natural Resources and Environment will prepare the draft legislation in cooperation with WWF.

“Elevating trade, transportation and possession of endangered species to a serious crime is a long-awaited measure that we believe will dramatically reduce poaching,” Chestin said, adding that WWF is happy to see steps being made towards increased protection for tiger habitats in the country.

Primorye, home to 90 percent of the Russian tigers, was identified and promoted as a location where no commercial timber harvest should take place in its regional protected areas and nut harvesting zones, according to WWF. The regional administration was also ordered to prevent any commercial logging in the upper and middle stream sections of the Bikin River.

In 2010, the Russian Government adopted the Strategy for Tiger Conservation, making commitments to double the number of wild tigers by 2022 and to stiffen punishment for those caught smuggling tiger products.

Earlier this year, Russia has asked Indian wildlife scientists to help implement a tiger relocation programme, on the lines of a successful experiment in India. The successful relocation of tigers in the Sariska and Panna tiger reserves has attracted interest from Russia. Relocated tigers in Panna and Sariska (both of which lost a considerable number of tigers to poaching) now have offspring.

Russia has a population of about 400 tigers mostly in the Far East, which is the home of the Ussuriski or Amur Tiger, the largest in the world. Russia has chosen the Sikhote-Alin biosphere reserve under its Siberian Tiger Project as a potential zone for tiger relocation under the World Bank supported Global Tiger Initiative (GTI), which aims to double the present world tiger population by 2022.

The Amur Tiger is the biggest cat species on earth, and today this tiger can only be found in the Primorye and Khabarovsk Regions. Over the past hundred years the population of these animals has decreased a hundred fold. The Amur Tiger is protected by the state, and is listed in the “Red Book of endangered species” of the Russian Federation. The hunting and trapping of tigers is illegal.

Since 1998, there has been a federal targeted programme for the preservation of the Amur tiger, approved by the Russian Government. The Amur Tiger is considered the jewel in the crown of the Far Eastern taiga and the pride of the Russian people.