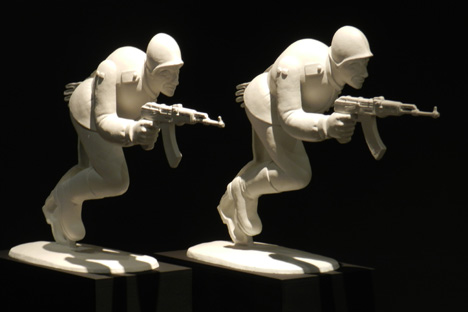 The Soviet legendary cinema Udarnik will transform into a museum of contemporary art.

The legendary Udarnik (“Slugger” in Russian), “will once again become one of Moscow’s cultural beacons, after disappearing from the scene for almost a decade,” said entrepreneur and Russian philanthropist Chalva Breus.

The ArtChronika Foundation he heads has been granted a 49-year lease by the building’s owner (the Moscow Municipality) to transform the venue into a museum of contemporary art.

Built in 1931, and open even during the darkest hours of World War II, the Udarnik has been used alternately as a cinema and a theatre for decades. By the 1990s, however, the building had gradually deteriorated and the ground floor had become occupied by a gambling den.

Fortunately, and mainly thanks to a change of mayor, the past two years have seen a cultural turn-around for the establishment and have contributed to restoring Udarnik to its original cultural mission. 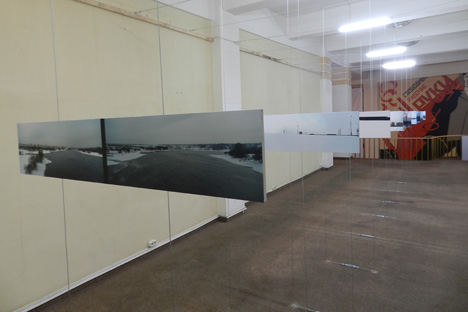 The space of the Udarnik center is expected to be redesigned to host exhibitions. Source: Press Photo

The whole of the Udarnik space has been redesigned to host exhibitions. Kirill Svetlyakov, curator of the exhibition, stresses that the Udarnik was not built to house large sculptures.  Still, he asserts that the entire space will be redesigned with the help of architects, so as to derive the greatest advantage from its very special nature.

“The Udarnik is built in the image of the Soviet era, both archaic and modern. We have preserved these two periods in order to synchronize them with the works of art. This enables the visitor to play with time and ‘synchronize’ himself,” said Svetlyakov.

The first exhibition, which opened on Oct. 26, is dedicated to the artists nominated for the Kandinsky Prize – the highest distinction in the contemporary Russian art world. Visitors can admire, on three levels, the work of 35 artists from two categories: those competing for the annual prize and those competing for the prize for the best young artist.

The collective AES+F is represented in the exhibition by their most recent project “Allegoria Sacra,” which has already been shown at various venues around the city. Nikolai Polissky exhibits more rarely, no doubt due to the monumental size of his works. His “Universal Spirit” dominates the main exhibition hall, like a wooden brain commanding all of the space around it.

The second floor (the former cinema) is bathed in semi-darkness, but judicious lighting allows it to display several brilliant installations – notably “Hour H” by Grisha Bruskin.

This series of white sculptures represents the phobias of the Soviet citizen, and does so with enjoyable humor and accuracy. Every medium is present – from video and installations, to conceptual art. There is a post-Duchamp work (Jilaev), paintings (Safronova), drawings, models (the remarkable “Factory Utopia” by the ZIP Group), collages and, of course, lots of photography (Gavrilova and Khoroshilova). 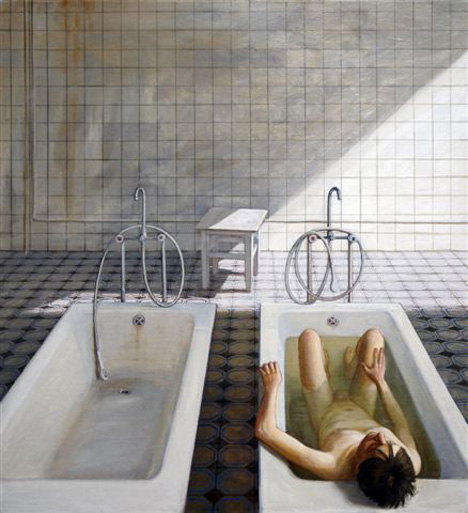 Paintings, presented at the exhibition in Udarnik. Source: Press Photo

Amid the variety of themes tackled, religion has a strong presence – not just Russian Orthodoxy, but Muslim as well (Garunov). There are also themes of immigration (Khoroshilova) and the apocalypse (AES+F).

Nearly half the jury consists of international experts who will be making a selection of three winners in each category. The two ultimate winners will be announced only in early December. Visitors are invited to express their opinions at the site www.kandinsky-prize.ru, as in previous exhibitions. The exhibition will remain open to the public until Dec. 16.