US re-engages with Syrian opposition 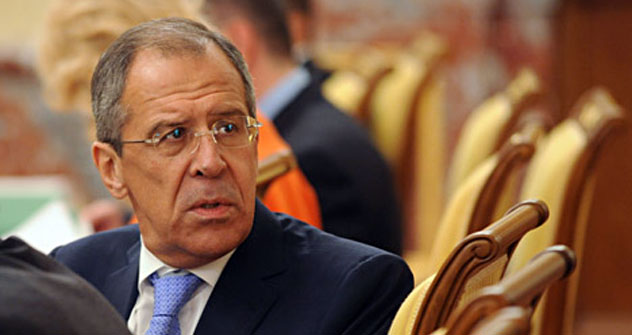 Russian Foreign Minister Sergey Lavrov promptly warned, 'If the position of our partners remains the departure of this leader [Al-Assad] who they do not like, the bloodbath will continue.' Source: PhotoXPress

As the Americans would say, a new ball game is all set to begin as the US ‘re-engages’ with the turmoil in Syria.

Following the meeting of the foreign and defence ministers of France and Russia at Paris on Wednesday, Foreign Minister Laurent Fabius admitted publicly that the two countries had a “difference of assessment on the presence of Bashar al-Assad in a transition government.” Russian Foreign Minister Sergey Lavrov promptly warned, “If the position of our partners remains the departure of this leader [Al-Assad] who they do not like, the bloodbath will continue.”

The remarks were cautious and hypothetical and obviously anticipated that a new stage could be looming ahead on the diplomatic plane over the Syrian crisis with the presidential election in the United States getting out of the way by next week.

The US Secretary of State Hillary Clinton may actually have released the “Pause” button to press “Fast Forward” in anticipation of the shifting of gear next week in the functioning of the White House in Washington. As the Americans would say, a new ball game is all set to begin as the US ‘re-engages’ with the turmoil in Syria.

In fairly lengthy remarks, Clinton has called for a wider political force of the Syrian opposition. The fact that she pointedly chose a Balkan tour to make the remarks obviously carried an overtone that cannot be ignored. While in Zagreb, which was one of early theatres where the US’ doctrine of ‘humanitarian intervention’ was enacted in the post-Cold War era, Clinton stressed that the Syrian National Congress [SNC], the umbrella group of opposition figures who had been living in exile and cobbled together by Turkey after much patient effort, is inadequate to form a united front to “resist the violence” of the Syrian regime and “can no longer be viewed as the visible leader of the opposition,” since it comprised figures who have not set foot in their homeland “for 20, 30 or 40 years.”

She, therefore, called for a new, “larger” opposition, which would include those “from inside Syria.” As she put it, “There has to be a representation of those who are on the front line fighting and dying today to obtain their freedom.”

Clinton also warned of “disturbing reports of extremists going into Syria and attempting to take over what has been a legitimate revolution against a repressive regime for their own purposes.” She disclosed that Washington has “recommended names and organizations that we believe should be included in any leadership structure” to be invited for a meeting taking place in Doha, Qatar, on Saturday.

Clinton’s remarks are fairly transparent in voicing Washington’s frustration about the disunity in the ranks of the Syrian opposition and their inability to form a transitional government representing all communities in Syria. But they are also sufficiently nuanced about the US’ intentions in the weeks ahead when President Barack Obama, freed of Mitt Romney’s challenge and Sandy’s visitation, can be expected to ‘return’ to the Syrian question.

One or two things appear clear at the ourset. One, Washington is casting its net wide to bring in the minorities such as the Alawaites and the Kurdish and Christian minorities and thereby erode the social base of the Syrian regime. This would also go some way toward alleviating Ankara’s concerns regarding the emergence of a Kurdistan in northern Syria as well as the restiveness of the Alawaite community within Turkey, which forms around 20 percent of the country’s population.

Thus, although Ankara was the main sponsor of the SNC, it seems to be on board Washington’s latest plan to overhaul the Syrian opposition. The Turkish experts go one step further and see in Clinton’s remarks a new willingness on the part of the Obama administration to actively shoulder the responsibility to spearhead the move for ‘regime change’ in Syria. They welcome this sign. But the public opinion in Turkey continues to be loaded against any form of military intervention in Syria.

However, there is more to Clinton’s remarks. The US is clearly apprehensive that it is finding itself in a cul-de-sac in political and diplomatic terms – on the one hand in the company of the Syrian exiles who have little clout within Syria and on the other hand saddled with a motley crowd of rebel fighters a large segment of whom includes lumpen elements who do not inspire the Syrian people and on the contrary may only alienate the moderate opposition within Syria. The point is, the moderate democratic Syrian opposition today gets only an occasional chance to be heard and that too thanks to Russia or China or when the United Nations special envoy Lakhdar Brahimi arrives on a visit.

At the same time, the ‘post-Benghazi’ syndrome prompts Washington to thoroughly reassess the ascendancy of extremists and the threat of radicalization.

In sum, Clinton’s approach runs in a few identifiable different directions: a) give one more strong push for creating a unified Syrian opposition which will be broad-based or pluralistic; b) place the accent on the democratic opposition within Syria; c) isolate the jihadists; d) unify the political efforts of the Syrian opposition within Syria. Of course, the strategy, if it succeeds, which indeed is a big ‘if’, aims to present Russia and China with a riposte that the removal of the Syrian regime need not necessarily mean that the country will descend into chaos.

However, all said, the intriguing salient that needs to be underlined is that Washington seems to be moving toward crafting a credible plan for a political transition in Syria. The sticking point is as to whether any such transition plan will include pre-conditions or be capable of showing the wisdom to accept that Al-Assad too is after all a Syrian and that any solution to be enduring needs to be inclusive. The Doha meet on Saturday will surely put some signposts as to which way the thinking of the US and its European and Arab allies is evolving.