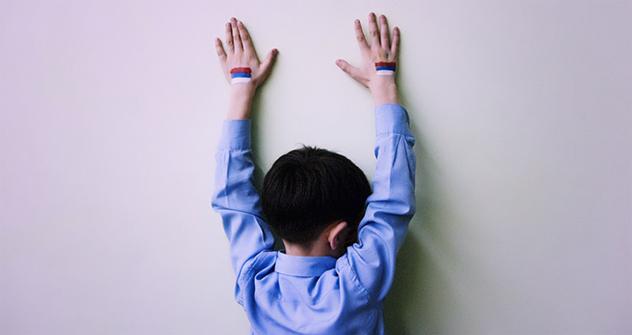 Especially in an age of increased global ethnic awareness, ethnicity has become perhaps the main challenge to the security of multi-ethnic states. Source: Oksana Ushko

The issue of drug trafficking along with religious fundamentalism has become a major concern for the region.

Last month the killing of Moez Garsallaoui, leader of the dreaded Jundullah al-Khalifat (Soldiers of the Caliphate), an extremist organization based in Kazakhstan but originated in Afghanistan-Pakistan border brings into focus the international net works of extremism and their implications for Russia and Central Asia. The rise of extremism in these regions calls for regional cooperation, and development of a common approach to tackle the menace.

In the context of Russia as well as Central Asian states, all are to varying degrees multi-ethnic. These ethnic links have a considerable impact on the security of the concerned states. Especially in an age of increased global ethnic awareness, ethnicity has become perhaps the main challenge to the security of multi-ethnic states. While Russia has witnessed violence in north Caucasus, Central Asian states particularly Uzbekistan, Tajikistan and Kazakhstan have witnessed violence in their regions. China has seen the rise of Uighur separatist movement encouraged by the achievement of independence by their kin in Central Asia. The war in Afghanistan has taken on an increasingly ethnic character. The ethnic milieu of Afghanistan, Pakistan and the countries of the region is increasingly affected by the cross-border ethnic linkages. These linkages are at times further strengthened by geopolitical and economic interests of stakeholders and actors in the region.

Stability and development in Eurasia are inextricably linked with the stability and development of neighbouring countries. Afghanistan shares border of more than 2,000 km with three countries of the region- Tajikistan, Uzbekistan, and Turkmenistan. Hence, the developments in Afghanistan have their impacts in these countries as well as the whole Eurasia. One of the serious issues that the Central Asian states have to confront is the issue of religious extremism and drug trafficking. The erstwhile Soviet Union and its control over borders with Afghanistan had precluded the possibility of spread of drug trafficking into its regions, including Soviet Central Asia. After the Soviet collapse, especially after the Russian withdrawal from Tajik border with Afghanistan the issue of drug trafficking along with religious fundamentalism has become a major concern for the region. The simultaneous tightening of border by Iran and Turkey has provided the trafficker the only option to use the porous border with Central Asia through the famous Silk Road to Russia and Europe.

The implications of trans-national organised crime

Central Asian states have not declared constitutionally to be Islamic states, though the majority of population belongs to Islam. But the recent developments have witnessed increasing radicalization of the region. Transnational organized crime is another factor that plays havoc in Central Asia. According to the official statistics of the United Nations Office on Drugs and Crime, 92 percent of the world’s heroin is produced in Afghanistan. Of this, around 65 percent is smuggled into Europe and America along the Silk Road, through the five Central Asian Republics and Russia. As the withdrawal of International Security Assistance Forces, led by the US, is approaching, it is but imperative in this context that the regional powers come together and checkmate downward spiral of the region into violence and extremism.

Whether it is the 9/11 that brought out the menace of terrorism to the world stage, ensuing the contested ‘global war against terrorism,’ or rise of far right in parts of world and its extreme manifestation as reflected in the 2011 Norwegian shoot out case, these are some of the crucial issues which will likely be further precarious and threatening in coming years. Some of the developments such as Kazakh President Nursultan Nazarbayev’s call for making law regulating migration and extremism or the pronouncements at 20th anniversary of Commonwealth of Independent States in context of extremism and terrorism indicate that these are some the raging issues which cannot be tackled by ad hoc mechanisms, rather there needs to be evolution an international agenda to tackle these issues and challenges thrown by them.

There are many factors including the Taliban factor, the North Caucasus factor, the poverty and underdevelopment factor and the Arab factor that have played crucial roles in the rise of religious extremism and terrorism in Eurasia. In May 2011, the Taliban criticized the Kazakh government and appealed the Kazakh people to “stand against this wrong policy of their rulers.” It is no surprise that the dreaded organization Jundullah al-Khalifat was born in the badlands of Afghanistan-Pakistan border areas in Waziristan, as the key figures of this organization were trained and radicalized in these areas. While in case of other Central Asian countries such as Uzbekistan or Tajikitan the religion-based violence could be traced to 1990s aftermath of the Soviet collapse, in case of Kazakhstan the past few years were quite crucial from this point of view. Particularly after the terrorist attacks in Aktobe region in July 2011, President Nazarbayev expressed concerns over the threat of religious extremism and tasked the Agency for Religious Affairs with drafting a new law on religion. The new religious law defined Kazakhstan as a secular state and banned adoption of any religion as state religion and declared all religions equal before the law.

The North Caucasus rebel fighters also used Atyrau region, which is close to Astrakhan region in Russia, as an easy access in spreading radical ideas to Central Asia. There is a similarity of the methods and tactics of the Soldiers of the Caliphate in Kazakhstan to those used by Islamist militants in Dagestan, who target the police force and government structures. However, the Chechen or Dagestan connection to religious extremism and violence in Kazakhstan is not very old. The earlier case was that though Chechen fighters travelled to Kazakhstan, they travelled not for extremism purpose but for medical treatment in local hospitals. Their active support to Kazakh extremists came to focus in 2009 when Russian security services reported the killing of an unspecified number of terrorists who allegedly carried Kazakh passports. Perhaps the most notable influence from the North Caucasus on the rise of extremism is the influence of Aleksandr Tikhomirov, a Russian who converted into Islam and took a new name Said Buryatsky. Buryatsky was killed in 2010 by the Russian forces. The influence of Wahabism from Arab too played a crucial role in fomenting religious extremism in Eurasia. The influence of radical varieties of Islam particularly Salafism and Wahabism are making inroads in the region.

The developments in Eurasia call for urgent attention of the regional players including Russia, India, China, as well as Pakistan. Pakistan can be brought into the orbit of cooperation by means of increasing economic cooperation. The international linkages can be scuttled by developing joint operations and intelligence sharing. India and Russia have some mechanisms in place, which need to be further strengthened.