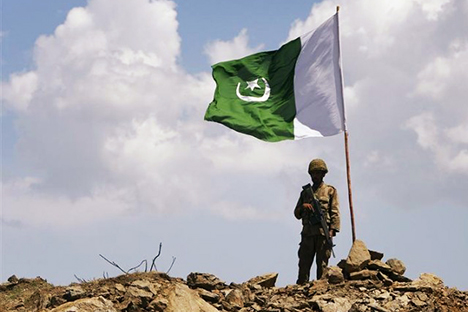 India’s strategic establishment is watching closely how the new-found warmth in Russia-Pakistan bilateral relations plays out. As Russia and Pakistan are being seen to be warming up to each other and are engaged in an interesting diplomacy of rediscovering each other, several issues arise. To get a bigger, clearer picture of the Russia-India-Pakistan-Afghanistan quartet, I zeroed in on two leading strategic thinkers of India and elicited their views on the subject.

The two strategic analysts are: Dr. S. Chandrasekharan, a retired Secretary to the Government of India who was the number two in India’s external intelligence agency Research and Analysis Wing (RAW) and the founder-director of India’s premier think tank South Asia Analysis Group (SAAG); and Sushant Sareen, who is associated with two Indian think tanks. Sareen is Consultant, Pakistan Project, at the Institute for Defence Studies and Analyses and Senior Fellow, Vivekanand International Foundation.

I asked the two experts the following three questions:

1. In what ways Russia and India have common interests, positions and vision for Afghanistan?

2. Whether Moscow's improving relations with Islamabad change the former's policy in Afghanistan?

3. In what ways a closer relationship between Russia and Pakistan would impact Indo-Russian relations and what are the options for India in this context?

While answering second and third questions, Dr. Chandrasekharan was dismissive of fears that the Pakistan factor could cast a shadow on age-old Indo-Russian ties or whether Moscow’s dalliances with Islamabad could lead to a significant change in Russia’s Afghan policy. He elucidated his point thus: “I do not think Moscow's perceived ‘improved’ relations with Islamabad will affect India's relations with Russia. Even today India's defence needs to the extent of 60 percent or even more are from Russia and will continue to be so in the near and mid- term. In fact, Dr. Chandrasekharan cautioned the Indian diplomatic establishment on the need to manage New Delhi’s ties with Washington in such a way that the Russians do not feel threatened.

Dr Chandrasekharan opined that burgeoning ties between Russia and Pakistan will not have an adverse impact on Indo-Russian relations. “Rather the problem is how India manages its relationship with both Russia and the USA.  This point cannot be ignored.”  This is a vital reality check for the makers of the Indian foreign policy today and the Indian government is not unaware of the delicate tightrope walk its diplomats are doing vis a vis Russia and the US.

Sushant Sareen remarked that both Russia and India are apprehensive of Afghanistan's descent into chaos and the threat of the land-locked nation once again becoming an epicenter of Islamist terror. He elaborated thus: “Narcotics, militancy, destabilisation etc. worry both countries. But they have no clear idea on how to combat the emerging situation. There is also a bit of a disconnect between them. India would like to see the NATO/ISAF stay on in Afghanistan for longer and clean up the mess there and sort out Pakistan as well. The Russians, however, seem to have reservations on long term presence of Western troops/bases in Afghanistan. At the same time, they are also uncomfortable with the idea of the Western forces leaving prematurely and leaving a bigger mess behind.”

As for Russia-Pakistan emerging relations, Sareen felt that the Russians are not doing anything more than testing the waters in Pakistan. “My own assessment is that the Russians are trying to feel the ground with Pakistan at the moment,” Sareen said. “Their overtures to Pakistan are more in the nature of a probe to see what can work, whether they can get on the same page with the Pakistanis by offering them some things -- funding the Iran-Pakistan pipeline but without any tendering, reinvesting in the Pak steel mills, funding some other infrastructure projects etc but on very favourable terms so that the Russians make money even as they are seen to be doing a favour for the Pakistanis.”

Sareen is convinced that there is as yet no strategic shift or paradigm change in the Russia-Pakistan relationship. The Russians would like to at least have a working relationship with the Pakistanis which can be used at a later date to get some sort of a handle over the fallout of a destabilised and anarchic Afghanistan where Pakistan supported and sponsored terrorists hold sway.

This prompted a counter question: Will a closer engagement with Russia change Pakistani policy. Sareen’s emphatic response to this was: “Not a chance! Even Allah cannot change Pakistani policies. That country is too far gone down the road of jihadism to be able to extract itself from the baleful influence of the Islamists. It can at best tinker around as far as dealing with the Islamists is concerned. It cannot bottle the genie. If the US couldn’t change Pakistani policy, what chance does Russia have in changing Pakistan policy?” After all, the US is Pakistan’s largest donor, rich Pakistanis study there and the US is one place where every Pakistani would love to settle down, he argued. Moreover, the US continues to be Pakistan’s largest trading partners and arms supplier.

On the possibility of Indo-Russian relations getting derailed because of proximity between Russia and Pakistan in future, Sareen was as dismissive as Dr. Chandrasekharan.  “I don’t think the Russians are so stupid to build their relationship with Pakistan at the cost of India,” Sareen remarked. “While India pays hard currency for arms purchase, Pakistan will expect it free. In any case, Pakistan doesn’t have any money to pay for big ticket purchases, unless of course the Russians plan to give things gratis to Pakistan. At the end of the day, Pakistan is a basket case and without foreign aid will continue to slide. Even the Chinese and the Saudis are not putting money in Pakistan anymore.”

The big picture arising from my interviews with these two strategic analysts is that no dramatic breakthroughs can be expected in the burgeoning ties between Russia and Pakistan. Also, the Indians don’t have to worry much as Russia’s better relations with Pakistan will not necessarily mean that the traditionally close Indo-Russian ties will go down the hill. Russia-Pakistan relations are not a zero sum game for Indo-Russian relationship.

Rajeev Sharma is a New Delhi-based journalist-author and a strategic analyst.