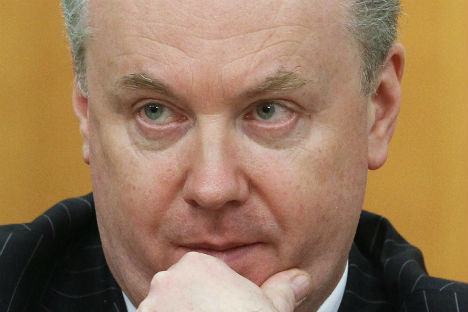 The silver lining in the overall situation would be that none of the external protagonists seem to want a prolonged conflict situation in Syria.

The Russian Foreign Ministry spokesman Alexander Lukashevich regretted on Friday in Moscow that the United States wants to settle the Syrian crisis “exclusively on its own terms” and that attempts are being made, accordingly, to form a government-in-exile comprising elements that Washington will choose.

The current scenario conforms to this assessment. Clearly, there is a flurry of activity all around. Even the fighting is becoming intensified as if an endgame is beginning.

On the political plane, Qatar brought together, with US’ backing, the Syrian opposition groups for a 4-day meet in Doha that began in the weekend, aimed at knocking their heads together to form a new unified phalanx that will replace the Syrian National Council [SNC], which was a Turkish creation.

The SNC is kicking and screaming that it is indeed the real Syrian opposition but seems bargaining for a sizeable representation in the new common front. Turkey has virtually disowned the SNC and a new opposition front is on the cards. Curiously, US and its allies have changed tack and are now contemplating that Baathist officials of the Syrian regime can also be part of the Syrian opposition.

The new thinking apparently aims at marginalising the sectarian groups, Islamist militants and, most important, Muslim Brotherhood, apart from making one last-ditch attempt to erode the political base of the Syrian regime, which has held together with surprisingly high degree of resilience so far.

In particular, Saudi Arabia is extremely sceptical about the Brothers and would rather sup with the Baathists (minus President Bashar al-Assad, of course). The Saudis do not want a replay of the ‘Arab Spring’ in Egypt. The Brothers are on the march in Jordan, too, which is worrisome for the US.

But the disconcerting trend continues to be that there is no real shift in the agenda of the US and its allies, namely, force a ‘regime change’ in Syria. The agenda increasingly narrows down to the “international community” dictating who should be Syria’s future leader.

Reuters reported from Doha that the reconstituted Syrian opposition is actually a prerequisite for according the grouping international recognition, which in turn, will “help channel anti-tank and anti-aircraft missiles to the rebels and ‘decide the battle’.”

However, a lot of grandstanding is also going on amidst all this and the US’ game plan remains unclear. For all purposes, China’s 4-point plan for a political solution to the Syrian crisis also lies on the table with its proposal on a ‘phased-in truce’ by the warring sides.

An international conference, which is scheduled to take place in Doha on Thursday involving the ‘Friends of Syria’, may provide some clarity as to which way the wind is blowing now that the US presidential election is getting over and Washington may roll back the sleeves to ‘re-engage’ Syria.

Meanwhile, question marks should be put on the new US attitude to the Syrian opposition. The Arab Street is bound to see the new Syrian opposition cobbled together at Doha as America’s proxy. And, such an impression in the Arab opinion can only work to the advantage of the radical Islamists, whom, paradoxically, the US ostensibly hopes to marginalize. Besides, the Syrian regime will no doubt resist the outside attempts to destabilize it and an inclusive peace process will need to bring in not only the Baathists but also the state institutions as part of the solution.

The silver lining in the overall situation would be that none of the external protagonists seem to want a prolonged conflict situation in Syria. Turkey, in particular, is already getting a foretaste of what would happen if Syria splinters.

Sensing this, ahead of the conference in Doha on Thursday, Russian Foreign Minister Sergey Lavrov is undertaking consultations in Cairo and Amman, two key regional capitals, which would have an important role to play in the Syrian crisis. Clearly, the Doha meet ignores the nascent Egyptian initiative on Syria (by forming a ‘contact group’ with Turkey, Saudi Arabia and Iran). Jordan, too, has become a “frontline” state battling the strong winds of the Arab Spring and the regime in Amman might be in a chastened mood about the danger of spillover of the turmoil in Syria.