Many prestigious Russian colleges acknowledged as ineffective; some may be shut down 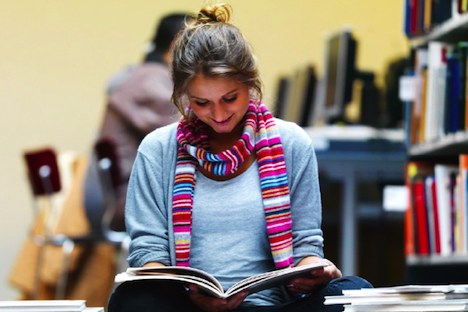 The Ministry of Education and Science announced that a number of colleges and their branches did not conform to the modern education standards. Source: Lori/LegionMedia

Many believe that the evaluation criteria were wrong and that the results of the check did not reflect the real situation.

A veritable tempest broke out in Russian higher education, as the Ministry of Education and Science said a considerable portion of state-run colleges was ineffective. Although it is not the final verdict, the Ministry of Education and Science does not deny that some ineffective colleges might be shut down. The staff and students of the ‘black-marked’ colleges are alarmed, as are their future entrants. Many believe that the evaluation criteria were wrong and that the results of the check did not reflect the real situation.

Last week, the Ministry of Education and Science announced that a number of colleges and their branches did not conform to the modern education standards. There are 136 of 541 state-run colleges and 450 of 994 branches on the "black list." The most intriguing is the fact that a majority of the blacklisted colleges are generally regarded as successful and prestigious. There are 20 such institutions in Moscow, and ten in St Petersburg. They include the Russian State University for the Humanities /RGGU/, the Maxim Gorky Literature Institute, the Moscow Architecture Institute /MARKhI/, and the Moscow State Academy of Physical Culture.

According to the Ministry, the worst situation is in the North Caucasus: all the three Chechen colleges, the only college in Ingushetia and four of Dagestan's five colleges have been listed as ineffective.

The Ministry of Education and Science evaluated the performance of the colleges by five parameters: average grade received at the Single State Examination, the number of research papers per staffer, the percentage of graduates from foreign countries, the college’s income per staffer and the level of its infrastructure.

For example, a college aspiring to be effective should have at least 11 square meters of college buildings per one student. Research at college should bring at least 95,000 roubles ($3065) per staffer. The ministry also counted the share of the personnel with senior university degrees /candidates and doctors of sciences/ in permanent staff.

The monitoring of the quality of colleges is part of the programme to optimise higher education, announced by Russian President Vladimir Putin in the summer of 2012. Putin said the country had too many colleges offering inferior quality tuition. The president ordered the Ministry of Education and Science to identity the ineffective state-run colleges by the end of 2012, and work out the program to re-organise higher education.

Minister of Education and Science Dmitry Livanov said it was planned to cut the number of colleges by 20 percent in the next three years, and the number of their branches by 30 percent.

For his part, Deputy Minister of Education and Science Alexander Klimov, quoted by the Rossiiskaya Gazeta, said the Ministry would decide on what it should do with the ineffective colleges in three months.

It is quite possible that the list will become shorter. “We haven't yet announced the results of the check of the colleges,” he said, “the signs of ineffectiveness do not imply giving the college an automatic and irrevocable anti-rating. We have no objective to shut down as many colleges as possible. Our objective is to make the maximum number of colleges effective. Shutting down a college is the measure of last resort.”

According to Klimov, the working groups set up each region will review the lists of their colleges in the period from November 6 to November 14, and it is quite possible that some might be taken out of the ‘black list.’ The founders of the colleges that remain on this list, will work out recommendations. There are many options to resolve the problem, from giving support to merger with another university. The programme of actions for ineffective colleges will be developed from December through February. By March, the proposals on further actions will be submitted to the president for making the final decision.

The published list caused a storm of indignation among universities. Some university heads called the principles of evaluation of their performance illegal and unfair. According to president of the Ulyanovsk State University Yuri Polyansky, who is quoted by the Novye Izvestia, you cannot measure all colleges by same standards. For example, the average grade at the Single State examination cannot be the decisive criterion in the evaluation of a humanities college; also, the number of research papers per staffer does not always indicate the weakness of a college.

First pro-rector of the Moscow Automobile and Road Institute Pavel Pospelov agrees with him. He believes that they should “necessarily take into account such factors as the demand for specialists in the labour market, as it is the main indicator of college effectiveness.”

The Maxim Gorky Literature Institute was sceptical about the Ministry’s conclusions. Pro-rector for tutorials Mikhail Stoyanovsky told Russian New Service that all Russian colleges could be called ineffective became they are not found among the colleges rated by the West.

For his part, honorary RGSU president Vasily Zhukov noted that the list had been composed on the basis of average university grade without taking into account its specialization and line of activity which he believed was not objective. “Evaluating the scope of research only in roubles or points scored at the Single State Examination is simply incorrect. There are professions that are very unattractive for youths, but extremely important for the state,” he said.

The Russian students' trade union also disagrees with the college evaluation criteria. It noted in a statement that the rating was composed “solely on the basis of economic, not educational criteria,” whereas “the only possible criterion for such evaluation can be the percentage of the graduates who found jobs in their area of expertise.”