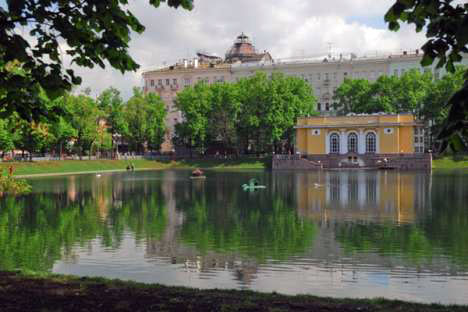 The streets of Moscow contain a rich blend of history. In a single hour, one might uncover a house with a secret chapel in the attic, or the convent where a princess and a murderess were imprisoned. 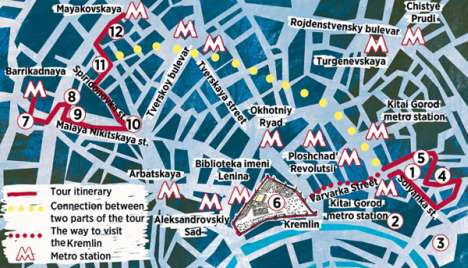 Solyanka Street, near Kitai-Gorod metro station, is the first part of the Vladimirka, an ancient eastwards trade route with sinister connotations - thousands of prisoners walked this way to exile in Siberia. The name Solyanka comes from the old “Salt Court” (1), where salt was processed and sold until 1733. The gate of a former orphanage (2) is opposite the church, framed by sculptures of Charity and Education. Catherine the Great gave 100,000 roubles to the “Foundling Hospital” and the hospital’s Ballet School was the first in Russia. Several buildings on this road survive from the 19th century and there is a great view from the end of one of Stalin’s seven skyscrapers (3). Turning left uphill along Yauzsky Boulevard, a 1930s apartment block hides an 18th-century mansion in the courtyard. From 1812, this house belonged to General Khitrovo, who gave his name to the whole area. 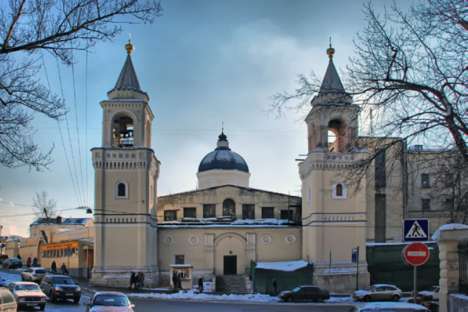 Around the corner on Podkolokolny Lane is the site of the Khitrovka Market (4), the most notorious slum area in 19th-century Moscow. Stanislavsky sent his actors here as preparation for staging Gorky’s play The Lower Depths. Tolstoy was horrified by the “mass of destitute degenerate humanity” and wrote his essay What Must We Do? 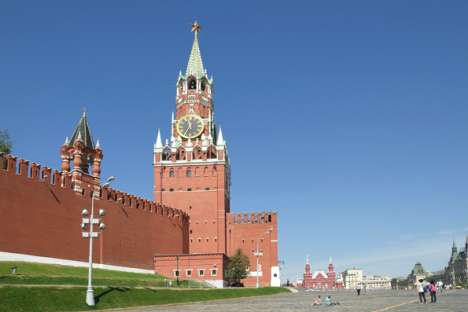 Turn right up Podkopaevsky Lane past the 17th-century church of St Nicholas. The orange mansion at No 5 once belonged to Boyar Vasily Shuisky who was tsar in the 1600s. Turn left at the end onto Khokhlovsky Lane, named after the 17th-century Ukrainian fashion of leaving a long lock of hair or khokhol on otherwise shaven heads. 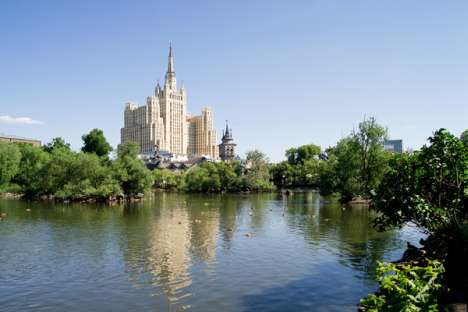 The gabled church of “Vladimir in the Old Gardens” at the end of the road takes its name from the imperial orchards that used to grow on this hill. The Ivanovsky Convent (5) opposite was founded in the 16th century by the wife of Tsar Vasily III to celebrate the birth of her son, the future Ivan the Terrible. It became a prison for inconvenient noblewomen, such as Princess Tarakanova, (daughter of the Empress Elizabeth and her Cossack lover) or the infamous Darya Saltykova, who murdered 138 serfs for faults in their housework. The metro is on Zabelina Street. 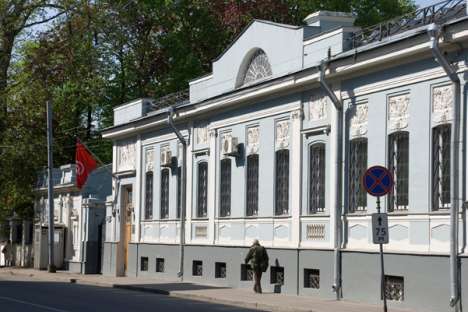 Beyond the domes of Varvarka Street is the Kremlin (6). Moscow’s red brick citadel has its share of legends. The round tower on the southeast corner of the walls contains a well and a secret chamber, and is allegedly haunted by the ghost of Ivan Bersenev-Beklemishev, whose house was next door. Among Moscow’s many fabled underground tunnels are the secret passages of Ivan the Terrible’s lost library. Historian, Ignatius Stelletski, even persuaded authorities to allow him to excavate under the Kremlin in search of it. 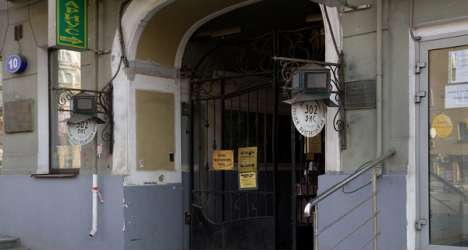 Head underground back at Kitai-Gorod to look for the mysterious Metro-2. In Stalin’s time, this huge secret network was supposedly constructed underneath the public Moscow metro system and some sections of tunnel definitely exist. Three stops on the “pink line” bring you to Barrikadnaya, near Moscow Zoo. The Stalin-era Kudrinskaya skyscraper (7) opposite the metro was built by gulag prisoners. Legend has it that the foreman threw one worker into the wet concrete. Across the garden ring is Chekhov’s house (8); the plaque on the front door still reads: “Doctor A.P. Chekhov”. 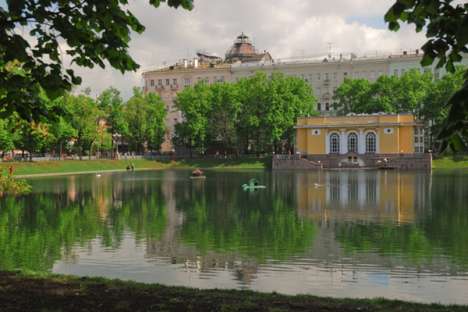 The first house on Malaya Nikitskaya Ulitsa is the Tunisian Embassy (9). This mansion used to belong to the infamous Lavrenty Beria, head of Stalin’s Secret Service and the bodies of girls he murdered were discovered in the garden. More cheerful is the Gorky House (10) museum at the far end of the street. The incredible interior has three distinct presences: the architect, who designed the underwater-scape ground floor and the sculpted staircase leading up to a jellyfish lamp and pillar topped by writhing silver lizards; the merchant who commissioned the house and had a secret chapel built in the attic; and the writer, Maxim Gorky, who lived (reluctantly) in the house during his final six years.

Turn left along Ulitsa Spiridonovka and follow it until you come to the gothic castle of the Morozov mansion with turrets and dragon gargoyles. Take the next right turn to reach the Patriarch’s Pond (11). In medieval times, before Patriarch Job drained the area to create fishponds, the area was said to be haunted. The opening scenes of Bulgakov’s Master and Margarita, where the devil appears, take place here. Bulgakov’s house (12) is just around the corner on the way to the Mayakovskaya metro.