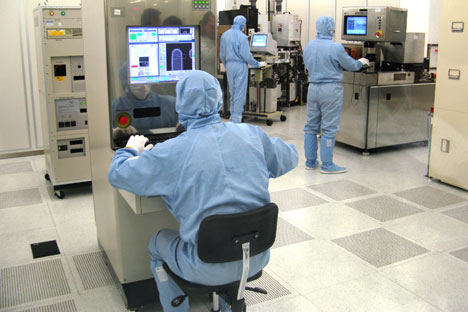 Initial tranche of 100 MW of power will go to exclusively to the state of Tamil Nadu. Source: RIA Novosti

Initial tranche of 100 MW of power will go to exclusively to the state of Tamil Nadu.

The highly industrialised southern Indian state of Tamil Nadu will finally get relief from its power woes, with the Kudankulam Nuclear Power Project (KNPP) starting production by the first week of December.

The minister told the news agency that enriched uranium has been fed in the core of the vessel and the lid was closed. “Now, the vessel is being pressurised. After that trial run will start. That will go for about 20 days. Thereafter the production is likely to start... Probably in the end of November or first week of December,” Narayanasamy told PTI.

The project involves 1,000 MW reactors of the VVER-1000 model being constructed by the Nuclear Power Corporation of India Limited (NPCIL) and Russia’s Atomstroyexport company, a Rosatom subsidiary.

Former Indian President APJ Abdul Kalam has strongly backed the project. Kalam and another expert V. Ponrajhad have visited the KNPP site and reviewed the safety standards. They went on record to say that the KNPP is situated 1500 kilometres away from the epicentre, the plant site was thus safe and there was “absolutely no possibility for any danger.”