Plastic surgery in Russia: Stay pretty to keep your job 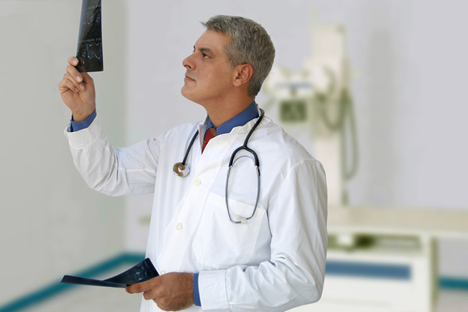 'Over the past 3 years, Russia has experienced a boom in plastic surgery.' Source: Photoxpress

In Russia, aesthetic surgery only arrived in the past 15-20 years, with the opening of private medical institutions.

The market for plastic surgery has grown substantially in Russia over the last decade. It is now around a 100 million-dollar business, even if a large part of this sector remains in the shadows, with little regulation, the practices tend to be well run with well-trained surgeons. It is more and more common among Russian women to resort to surgery to look younger and more attractive, but also among Russian men.

2010 ranking of the International Society of Aesthetic Plastic Surgery (ISAPS) compares 25 countries, by the number of plastic surgeons and the number of procedures carried out. The Russian Federation is ranked 14th ahead of the United Kingdom, Argentina and Thailand.

Russia’s history of plastic surgery is quite new compared to Western countries, where the development of cosmetic surgery began at the start of the 20th century. In Russia, aesthetic surgery only arrived in the past 15-20 years, with the opening of private medical institutions. Cosmetic surgery had no place in Soviet medicine. Dr Dmitri Slosser explained in an interview with the ‘Voice of Russia’ that “during the Soviet Union, there were no clinics specialised in plastic surgery. Only two hospitals carried out plastic operations at that time: one in Moscow and one in Saint-Petersburg [then Leningrad]. And, as a consequence, there were no specialised surgeons.”

Piggyback on a new heart

However, the specialist continued, “over the past 3 years, Russia has experienced a boom in plastic surgery. Three years ago, an official decision was made and we have almost created the field of plastic surgery. We’ve launched special training for surgeons. Nowadays Russia has an education system in the field that meets European standards.” According to Slosser’s data, there are about a thousand fully qualified plastic surgeons in Russia with around 800 working in Moscow.

But, plastic surgery remains mostly under-regulated. The lack of any specialisation of some surgeons leads to problematic, sometimes tragic, outcomes, but similar problems have also been known in the US and in France. Of course, such a lucrative field is quite attractive to responsible, as well as irresponsible, doctors. As Slosser noticed, there is a need for more surgical training and patient information.

Nevertheless demand continues to increase. Dr Vladimir Korchak, plastic surgeon, Head Doctor at the “Korchak” clinic, told the ‘Voice of Russia’ that his patients have two main motives: some don’t want to look old; others want to improve their looks and be more attractive.

Slosser feels that many people have operations to look younger and fresher at work, often “not to lose their job.” Rejuvenating operations are commonly used to help stay competitive in the job market, where young people are lining up. For Korchak: “it concerns people who have reached retirement age but want to keep looking young, particularly when they work in the private sector. It is not really convenient to look like a babushka (grandmother) or a dedushka (grandfather) in front of young colleagues.”

Professional motivation for an operation is high in China, for instance, where young students often resort to plastic surgery, convinced, that this will help them to find a better job. In Russia, if this trend exists, it is not yet widespread. “All plastic operations that people have, they do for themselves,” said Korchak.

More often, women patients decide to modify their breasts or nose, or to have a face-lift. As Slosser described, in Russia, compared to the US, there is relatively little liposuction and more facial plastic surgery. In the surgeon’s opinion, surgery reveals cultural individualities. For instance, in Brazil buttock enhancement is quite popular. In Russia people care much more about their faces.

Plastic surgery is no longer reserved for women, Slosser has noticed that more and more men are opting to have plastic surgery. They represent about 5-8 percent of the market. They often want to modify their nose or ears. But, the surgeon believes, men fear pain more than women, and it is not unusual for them to make an appointment and then cancel it: “Men are the weaker sex in this context.”