Winners and whiners in the scramble for Africa 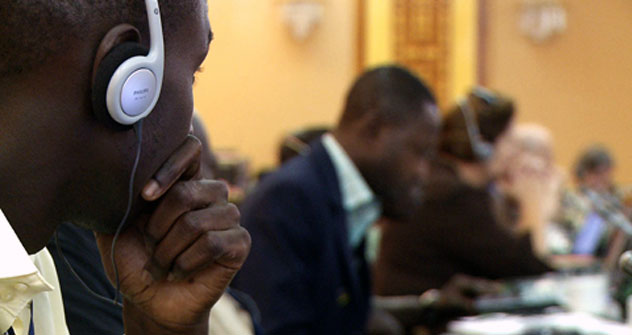 It is worth mentioning that the over 6500 African employees of the old networks Airtel acquired were not retrenched or replaced but were retrained and reabsorbed within subsidiary companies. Source: Press Photo

The growing influence of China, Russia and India in Africa has set the alarm bells ringing in Western countries, which accuse the BRICS of exploiting the Africans. How true is the charge?

In September 2009, when Manoj Rai, a quality control engineer from India, accepted a managerial job offer at a beverage company in Rwanda, his only concern was homesickness. After all, the east African country was over 6000 km away. His fears proved to be baseless – when Rai and his wife landed in Kigali, Rwanda’s beautiful capital city, they were blown away by the warmth of their African neighbours and colleagues. And to make them feel right at home, their corporate perks included a brand new Indian made Mahindra Scorpio SUV. This wasn’t out of the blue, as Mahindra, Tata, Bajaj and TVS vehicles are an increasingly common sight on African roads. By March 2012, the couple was able to use a mobile phone service provided by Airtel Rwanda, a subsidiary of India’s Bharti Airtel.

In June 2010 when Bharti Airtel announced a $10.7 billion investment in the nascent African telecom market, it was ridiculed as a monumental overreach – an uppity Indian company was seen as burning cash in a continent the West had written off. Where were the urban agglomerations required for mobile phone subscribers? Who would secure the cell towers in these ‘unstable’ countries? And didn’t Africans need food rather than mobile gizmos?

Well, seems like Airtel wasn’t listening. When pundits declared Africa was a high-cost operation because of its vast distances and thinly spread out population, Airtel simply duplicated its low-cost India strategy. It slashed tariffs and carpeted the vast continent with cellular networks. Today, Airtel is a household name in 17 African countries, including countries whose names are – in Western parlance – synonyms of failure: Congo, Niger, Chad, Gabon, Malawi, Ghana, Zambia, Burkina Faso and Sierra Leone.

The Indian company’s bold push has benefitted Africans where it matters most – in their pockets. Mobile tariffs have fallen up to an incredible 90 percent across the continent.

Suddenly, the likes of CNN have stopped laughing. For, Airtel’s price war has swept away or checked the expansion of Western competitors. And it’s making money – revenues from mobile services in Africa crossed $1.1 billion in the year up to September 2012.

Approximately 10 km north of the international airport in Lubumbashi, the second largest city in the central African republic of Congo, is the swank new Kiswishi satellite city. In this formerly civil war blighted territory, Russia’s Renaissance Group is investing $50 million to build gleaming new malls, lavish residential suburbs, supermarkets and dining strips. The building boom in the mineral-rich country is fuelled by factories and businesses that are rising from once barren land. Where today thousands of hectares of new glass-and-steel edifices stand, last year there was nothing.

At breakneck speed, Moscow-based Renaissance Partners, which manages a $750-million investment portfolio, is constructing luxury developments that cater for Africa’s growing middle class. Across Africa, from Ghana to Zimbabwe and Zambia to Nairobi, its projects are dotting what used to be dusty districts. The Russians’ grandest project is yet to come – the $5-billion Tatu City outside Nairobi, Kenya.

Eighty per cent of the waters that go into the mighty Nile river originate in Ethiopia, not Egypt. But despite being the uppermost riparian state, an unequal 1959 treaty saw to it that Ethiopia was able to use only 2 per cent of the Nile’s flow.

While every dictator and his sidekick was being lured into the Western camp with IMF-World Bank dam-building loans (dams held a peculiar attraction for the Bretton Woods twins), Ethiopia was conspicuously denied loans. There was a reason: Egypt was under Western control and helping Ethiopia dam the Nile would be wrong policy.

Today, free of internecine wars, Ethiopia is turning to Chinese banks to underwrite around a third of the cost of the $4.8 billion dam. Though significant, the Ethiopian investment will be a footnote in China’s African portfolio. Since 2000, Chinese investment in the continent has ballooned from $2 billion to an incredible $166 billion this year.

A question of turf

As China, Russia and India strike deals in Africa to fuel their growth, it is causing a great deal of heartburn among the old interlocutors. Says Canada’s Globe and Mail, “In an age-old pattern, much of the BRIC investment flowing into Africa is benefiting the political and business elite, rather than ordinary Africans.”

“In Lubumbashi, some of the harshest criticism has been directed at BRIC investors – including an Indian company, Chemaf, which processes copper and cobalt in several factories around the city.”

The Canadian newspaper says although the Indians have created 3,000 jobs in the area, their factory has become a major health hazard, polluting the air and soil. It claims local people have been scalded by acid spills. “They are coming with nice words about what they will do. But when they start working you see the opposite face,” the Globe and Mail quotes the Congolese as saying.

The Globe and Mail admits its investigation was spurred by the need to reexamine Canada’s aid programme and its corporate interests in Africa. It complains how Congo seized a massive C$2.5 billion project jointly owned between Canada’s First Quantum Minerals, the World Bank and Congo’s Gecamines. The project is now being implemented by Kazakhstan.

Like the Canadian news site, there are a number of outfits carping about the new players in Africa. However, they should pause to think – Western companies and charities have been carrying on their work for over a hundred years yet have barely made a dent in the poverty.

Africans say they have been following Western business and development models for decades without seeing any improvements in their lives. Borrowing a metaphor from a popular Hindi movie of yesteryears, aid is like liquid oxygen – the liquid won’t let you live and the oxygen won’t let you die.

Conversely, investment by Chinese, Indian and Russian companies is lifting vast swathes of Africa out of the Third World. And these new players are guided purely by the profit motive. Where once there was colonialism, today it is straightforward capitalism at work.

And what do you know, it works. The companies profit, the Africans have jobs, and the local governments collect taxes. And as for the new enterprises benefiting only the elites, even if that were true it is worth noting that when the West was running the show, it was often just one dictator – and his family – who was making money.

It is worth mentioning that the over 6500 African employees of the old networks Airtel acquired were not retrenched or replaced but were retrained and reabsorbed within subsidiary companies.

The emerging powers hold key advantages in the continent. China has endless reserves of cash. Not only do the Chinese give Africa credit at firesale rates, they do it with a flourish – at the end of every major project they are known to throw in a significant gift such as a free school, hospital, luxury hotel or a glitzy convention centre. Try beating that.

However, the Africans are now looking to Russia for an alternative, in an attempt to hedge their risks. Moscow is drawing upon the former Soviet Union’s legacy of political and economic influence. At a December 2011 Russia-Africa Business Forum initiated by Ethiopian Prime Minister Melas Zenawi, the Russian side announced it would return to Africa in a big way. Mikhail Margelov, the Russian presidential representative, said: “In the 1990s, Russia gave up practically all of its interests, freeing up the territory for the United States, the European Union and China. In 1992, Russia closed nine embassies in Sub-Saharan Africa. The new economy led to strategic losses, and now we need to make up for them.”

India’s good run in Africa is remarkable for being private sector propelled. Its leaders are only known to issue token statements but India’s soft power, its entrepreneurial diaspora, and history of fighting colonialism and Apartheid (India refused to play South Africa in the 1974 Davis Cup final) are widely acknowledged.

Africa is the last great untapped market. It has 60 percent of the uncultivated land on earth. (This has attracted as many as 20 Indian farming companies, such as Bangalore-based Karturi Global which is leasing 741,000 acres of local land, an area larger than Luxembourg.)

The mineral wealth is incalculable, with Congo alone having $24 trillion worth of untapped resources, which is equal to the GDP of the US and Europe combined. (Margelov believes Russian mining giants know best how to dig out this treasure.)

The peace dividend is kicking in too. With the end of the Cold War many of the long-running proxy wars have fizzled out, making it possible for trade and industry to flourish for the first time in more than three centuries.

To be sure, the West isn’t prepared to let the BRICS eat their lunch. By passing the African Growth and Opportunity Act the United States hopes to redefine its relations – earlier governed by aid, emergency relief and Cold War thinking.

But in the new race for Africa’s markets, America and Europe because of their colonial legacy will remain suspect in African eyes for a very long time. As Kenya’s founding father Jomo Kenyatta said, “First, we had the land and you had the Bible. You asked us to close our eyes and pray. When we opened our eyes, we had the Bible and you had the land.”

India, China and Russia on the other hand are 100 percent kosher.