Arctic: Chess board of Global Game 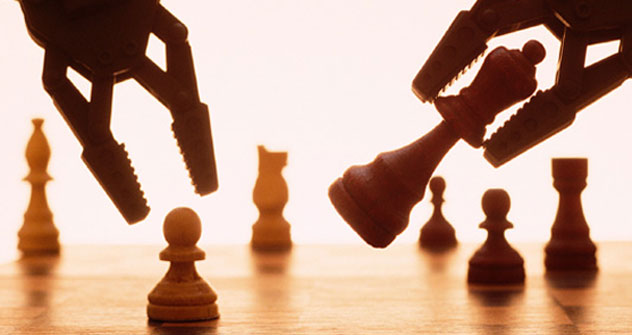 Russia is facing tough competition from the international community in maintaining its sway over the Arctic but the biggest challenge comes from China.

The Arctic is the new chess board of international strategic rivalries with Russia being on course to further beefing up its robust military presence in the region. Despite a rapidly dwindling population in past quarter century, the Russian Arctic still boasts of 80 percent of the four million population in the Arctic region. But the Russians are facing a stiff challenge from China. Much to the consternation and anxiety of Russia and other Arctic powers, MV Xue Long, China's lone icebreaker, sailed the Northwest Passage in August 2012. It was an event fraught with deep political symbolism that conveyed that China will not be on the fringe – even if it were to be a race for an obscure region.

The world has woken up to enormous strategic importance of the Arctic region in recent years only. Its importance is two-fold: oil and gas reserves and a shorter, safer piracy-free maritime route. The region is now known to be home to about ten percent of the global petroleum reserves. The US Geological Survey has estimated that there are 90 billion barrels of oil and 1,670 trillion cubic feet of natural gas north of the Arctic Circle. Significantly from the Russian point of view, a large chunk of the hydrocarbon reserves is located within the current uncontested Exclusive Economic Zones of the five nations, including Russia, bordering the Arctic.

The Arctic’s Northern Sea Route is the second big USP of the region. This sea route takes only one third the distance needed to go through the Suez Canal, which means that the transportation costs are cut down substantially. Secondly, this sea route throws up a safe alternative to the normal route of the Gulf of Aden which is infested with pirates. However, there are problems too, the biggest being that the Northern Sea Route is nothing but frozen ice and is currently open for up to eight weeks a year.

However, this problem is set to ease over the coming years and decades. Call it the positive side of climate change! Scientific studies have shown that in view of the climate change side effects the Arctic Ocean’s ice mass is melting. This means that the Northern Sea Route will be open for longer period every year. In any case, the seafarers using this route have to take recourse to ice cutters and state-of-the-art navigation equipment which only a select few countries have.

The Russian engagement with the Arctic region is almost a millennium old. The Russian coastal dwellers of the White Sea, explored the Arctic coastline from the 11th to the 16th centuries after the history’s first recorded voyage to the Russian Arctic in the year 1032. Moscow’s interest in the Arctic region was conveyed to the world during the Soviet era when the then USSR President Mikhail Gorbachev announced the Murmansk Initiative on October 1, 1987.

Russia continued this policy after the break-up of the Soviet Union in 1991 and took a giant step in its Arctic foreign policy by planting a Russian flag on the Arctic Ocean seafloor beneath the North Pole in 2007. The symbolism was resoundingly loud and clear: Russia had placed on record its land claim on Arctic, though the Russian Government vehemently denied such an interpretation of its move. The Russian move, expectedly, did not go down well with the international community and all Arctic powers castigated it. Two years later, a Russian Government report warned that Arctic could trigger a limited war or a conflict-like situation.

Russia has a two-pole strategy for the North Pole:

(I) to use it as a resource source, protect its ecosystems, use the seas as a transportation system in Russia's interests;

(II) and ensure that it remains a zone of peace and cooperation.

Russia has Arctic combat specialists ready for the region. While Moscow maintains a sturdy military presence in the region, it announced its plans in June 2008 to increase its operational radius of its Northern Fleet submarines. This is how the then Russian Navy commander Admiral Vladimir Vysotsky went on record as saying in October 2007 as saying: “We are observing the penetration of a host of states which... are advancing their interests very intensively, in every possible way, in particular China,” and that Russia would “not give up a single inch” in the Arctic.

Four years later, in July 2011 the then Russian Defence Minister Anatoly Serdyukov announced plans for the creation of two brigades that would be stationed in the Arctic as part of Moscow’s long-term plans for ensuring military security in the region. The Russian strategic interests in the region are driven by two must do’s: protection of the region’s natural resources and ensuring trouble-free maritime transport from the Barents Sea to the Bering Strait through Arctic waters.

Russia currently transports 1.5 million tonnes of goods along the Northern Sea Route every year. Russian projections for the 2020 envisage a ten-fold increase. To keep the pot boiling, the Russians have already sent six tankers through this route in 2010. Russia needs to wrest this initiative in two immediate ways:

(I) to upgrade its current infrastructure in the Arctic, especially ports and naval vessels;

RIR Politics Fall of the USSR