The Voice of Russia
Irina Ivanova 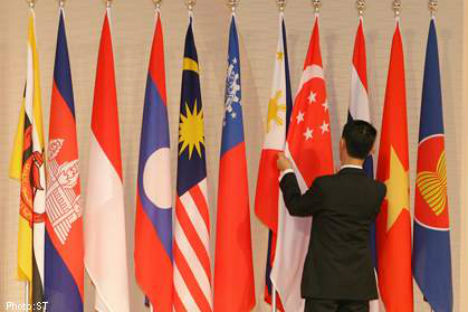 The US should also be included in the front in order to force Japan to recognize the results of World War II, says Guo Syangan.

A prominent Chinese expert has called upon Moscow and Seoul, which like China have territorial disputes with Tokyo, to form a united anti-Japanese front. This front would be used to force the Japanese leadership to recognize the results of the World War II and give up its territorial claims to its neighbouring states.

This idea was put forward by Guo Syangan, vice president of the Chinese Institute of International Affairs of the Chinese Ministry of Foreign Affairs. The Chinese expert spoke at the trilateral conference between Russia, Korea and China entitled “Security and Cooperation in East Asia” that took place in Moscow on November 14. By consciously escalating the territorial disputes with its neighbours, Japan showed that it does not recognise the results of World War II, stressed Guo. He reminded the audience that according to several international declarations passed by the participants of the anti-Japanese coalition that included the USA, the USSR, Great Britain and China, after World War II the territory of defeated Japan was to be limited to four islands – Hokkaido, Honshu, Kyushu and Shikoku. In his opinion, this is the reason why Japan must give up its claims not only for the South Kuril Islands, Dokdo (Takeshima) and Senkaku (Diaoyu) Islands, but also for Okinawa.

Guo suggested forming a united anti-Japanese front that would include China, Russia and South Korea. The USA should also be included in the front in order to force Japan to recognize the results of World War II and give up its territorial claims to its neighbors. The legal refusal to pursue its territorial claims must be reflected in written form in a new peace treaty with Japan, which should be signed instead of the outdated San Francisco treaty signed in 1951 without the agreement of the USSR and China, believes the Chinese expert.

The participants of the conference took Guo’s speech for a ‘trial ball,’ believes Andrey Ivanov, an expert at the Institute of International Studies of the Moscow State Institute of Foreign Affairs.

“The proposal to form a united anti-Japanese front and force Tokyo to sign a new peace treaty can be considered sensational,” says Ivanov. “It was voiced by the deputy director of a major institute affiliated with China's Ministry of Foreign Affairs, which takes part in setting China's foreign policy. On the one hand, that proposal reflects the opinion of one Chinese expert. But on the other hand, to some degree it reflects the mood of the leadership of China.”

The first reaction of the Russian experts to the ‘trial ball’ launched by Guo was reserved. Russia does not advocate solving the disputed issues by confrontation. Moscow has long begun to take steps (that are quite successful) to lower the emotional tension in its territorial dispute with Japan by putting forward mutually beneficial economic cooperation. It is hard to tell what Seoul’s reaction to the ‘trial ball’ is going to be. Andrey Ivanov believes that South Korea’s position will largely depend on the degree of Japan’s claims on Dokdo Island.

Guo’s initiative proves that the new Chinese leadership plans to take the most rigid position in the territorial disputes with Japan and perhaps not only with Japan.