Waiting for the Pakistani balm 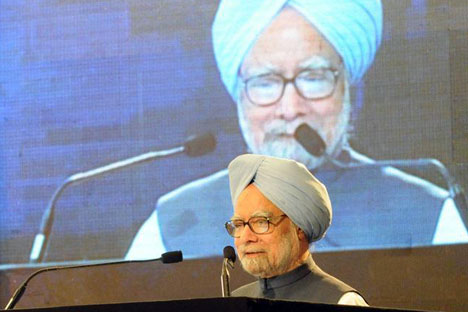 If Manmohan Singh’s visit to Pakistan is to take place, it has to be within the next few weeks and there is no attempt visible to prepare the public opinion.

The birth anniversary of the great sage of the Sikh religion Guru Nanak falls on November 27. Suspense lingers whether the Indian Prime Minister Manmohan Singh would still schedule his long-pending visit to Pakistan coinciding with the anniversary. Pakistan thought up the brilliant ploy, estimating that Dr Singh, who is a devout Sikh, cannot possibly spurn the overture. Quite obviously, Pakistan overlooked that India also has another anniversary on its calendar in late November – the terrorist strikes on Mumbai on November 26 four years ago.

Pakistan has been manifestly keen for a visit by the Indian prime minister, while India kept parrying. Both sides linked the visit originally to some tangible results such as the signing of at least one of the “doable” agreements on the many contentious issues that set apart the two countries, especially an agreement on the Siachen dispute. However, the Indian military rejects withdrawal of troops from the Saltoro Ridge and the political leadership cannot apparently overrule the military’s opposition. Pakistan has since reconciled with the fact that there isn’t going to be a Siachen agreement.

On the contrary, Delhi’s pre-conditions continue. The Indian officials did some kite-flying over the weekend. In sum, they suggested that Pakistan has been conveying some “interesting positive signals” but should go the extra league by fulfilling certain unspecified Indian expectations through “a small deliverable,” which would act as a “balm” on their sense of “hurt” and “bitterness,” presumably over the 26/11 terrorist strikes. They made it sound as if Delhi still has an open mind on scheduling the visit and there is a “very short window” still available. But the grandstanding seems more for record.

The point is, one side has to give way – and give way pretty soon. Pakistan is heading for polls in May and it is anybody’s guess as to when between now and early 2014 India too would have its general elections. If Dr Singh’s visit is to take place, it has to be within the next few weeks and there is no attempt visible to prepare the public opinion.

Delhi is piling onto Islamabad, assessing that Pakistan’s need of the high-level exchange at this juncture is greater than India’s. That brings up a volley of questions. To begin with, what is it that a visit at this juncture can hope to achieve for the Indian side? The plain answer is “very little”. The domestic politics in both India and Pakistan remain murky and there is an overall sense of drift. Meanwhile, the geopolitics of the region is also in great flux and a defining moment is coming up in 2014 when the NATO troops in Afghanistan would have pulled out.

India is, relatively speaking, better placed than ever before to cope with the emergent situation. There is excellent 3-way understanding between Washington, Delhi and Kabul. Delhi has successfully broken out of the regional isolation it faced. It took effort to dispel the impression that it is locked in a proxy war with Pakistan in the Hindu Kush and has jettisoned its visceral opposition to the Taliban. But looking ahead, it would hope for a genuine shift in Pakistan’s policy of projecting its power into Afghanistan through militant surrogates. This question is directly linked to the problem of trans-border terrorism affecting India’s security and impacts on the trajectory of a predictable relationship with Pakistan.

Pakistan is coming under enormous pressure from the international community. A Taliban takeover in Kabul can only happen through direct Pakistani invasion of Afghanistan as in the mid-1990s. This can be ruled out in the present scenario. The alternative for Pakistan is to persuade the Taliban to settle for a power-sharing arrangement with other Afghan groups. But this is a decision that Pakistan has to take and it is by no means an easy decision.

Suffice to say, if a genuine course correction indeed takes place in the Pakistani policies, an altogether new matrix could develop in the India-Pakistan dialogue. It is one of those “all-or-nothing” moments. While the balm may do for the present to alleviate the “hurt” and enable Dr Singh to amble across the border with Pakistan, the wound itself needs healing so that the two countries can walk the talk.