BRICS are in fairly good shape 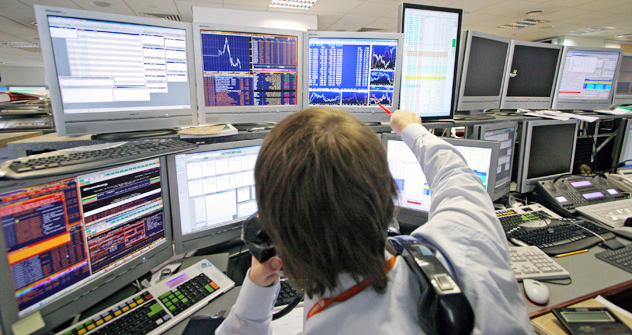 Contrary to predictions about their imminent demise the BRICS are only getting stronger; their current economic woes can be dismissed as growing pains.

A trend observed in the Western media these days is the spate of obituaries on the BRICS. One gets the feeling the commentators are drooling over their keyboards while pumping up the current economic troubles in emerging countries. There is a kind of “we-knew-this-was-too-good-to-be-true” air about their reportage, which ties in neatly with their “you-are-still-third-world” smugness.

Most of these ‘experts’ have been directly attacking the BRICS for supposedly over-promising and then under-delivering. London-based Financial Times says India is suffering from “clinical depression”, Russia is wobbly, and China is a bubble waiting to burst. In an article titled The Braking of the BRICS, Forbes lays into Indian writer Pankaj Mishra – and derisively calls him Brankaj – for daring to comment in the New York Times that “America’s retrenchment is inevitable”.

Others try to be more subtle. Says a self-styled expert at an American think tank: “None of this should be surprising, because it is hard to sustain rapid growth for more than a decade.” Perhaps his editor should tell him that in hindsight nothing is surprising. I’ll tell you what is surprising – that these commentators are focussing on the economic woes of the BRICS at a time when Molotov cocktails are lighting up European cities. And here’s something even more surprising – that these journalists continue to talk about the “global economic recession” when in reality it is a Western economic recession.

How not to get it wrong

Views become distorted if they are solely based on trends. This is because trends are often only a segment of a bigger story. For instance, if the BRICS are undergoing a contraction – which is a trend in step with the rest of the world – that doesn’t mean their growth story is over. Here I want to ask the Western commentators a question: Are you lying to yourself or are you lying to your audience? Because lying you are. For, there is enough data to support the view that BRICS is an idea whose time has come.

First, let’s take a look at the scale of the growth in the emerging markets, and then see it in perspective. In a report titled Dancing with Giants, the World Bank – which is essentially an American bank – says during the Industrial Revolution which was the United States’ heyday, incomes more than doubled in a single generation. As impressive and unprecedented as it was, it pales before the BRICS. The report says that at China and India’s “current growth rates and life expectancies, incomes would rise a hundredfold in a generation.”

Data provided by the International Monetary Fund show the dramatic change in wealth and incomes of the BRICS in comparison with the richest Western nation. Just over a decade ago, Russia’s per capita GDP was $1,775, compared with $35,252 in the United States. In 2013 this is projected to rise to $16,338. Thus, the US-Russia income ratio which was 1:20 is expected to be 1:3 next year.

Among all BRICS, the Russian economy has received the worst press – “Saudi Arabia with trees” as a former NATO official described the country. According to reports, Russia’s economy is artificially boosted by oil and gas; that it’s doing a lot worse than its BRICS partners. Mark Adomanis, a Washington DC based consultant, cautions that this narrative of a collapsing and decrepit Russia is both “extremely misleading and incredibly persistent”. He adds: “If you look at things like electricity production, food production, and living standards, Russia is much closer to Western norms than it is to the other BRICS.” That optimism is backed up by Bloomberg which reported last week that nearly all economic indicators in Russia are up currently.

Similarly, a decade ago China’s per capita GDP was an abysmal $945, or a ratio of 1:37. The IMF projects the US-China ratio will shrink to 1:8 next year.

This is good news for everybody. “The rise of the BRICS countries and other emerging economies has promoted the distribution and development of global wealth and power in a more balanced manner,” says Tao Wenzhao, a researcher with the Institute of American Studies, Chinese Academy of Social Sciences, a Beijing think tank.

Even as Europe and the United States mull over the loss of jobs and their manufacturing industries, the BRICS are striking mega deals. At a meeting held in New Delhi on November 9, Brazil's ambassador to India, Carlos Duarte, said trade between India and Brazil is growing at a startling “35 percent per annum despite an economic slowdown in both the countries and the physical distance between them”.

Brazilian majors are already in collaboration with Indian firms – Reliance with Brazilian oil company Petrobras and Tata with Brazilian firm Marco Polo. The volume of bilateral trade crossed $10 billion in 2011-12. “Brazil and India have come together in a gigantic embrace,” said Deepak Bhojwani, a former Indian consul general in Sao Paulo.

China, which is making a big play for Brazil’s vast natural resources, has signalled it is wary of shipping those assets through the Panama Canal. The canal, although operated by a Hong Kong Chinese firm, is monitored closely by the US military. It has, therefore, proposed a new route through Colombia, with a $7.6 billion railway connecting Brazil’s Pacific and Caribbean coasts.

In 2010, China became India’s largest trading partner, with bilateral trade surging an incredible 28-fold over the past decade. And how’s this for comparison – in December that year when Chinese premier Wen Jiabao visited India, the two countries inked deals worth $16 billion; a month earlier US president Barack Obama’s high-octane trip netted only $10 billion.

Last year, Russia’s Rusal, the world's largest aluminium producer, chose to launch its initial public offering not in London or New York City but on the Hong Kong Stock Exchange, becoming the first Russian firm to do so.

Another huge strategic shift is that Russia's oil infrastructure is now pointing east, as Russia’s ESPO pipeline between eastern Siberia and the Pacific Ocean delivers Russian oil to energy hungry China, overturning decades of Russian dependence on European markets. In the years ahead, Russia’s gas infrastructure will also be pointing east.

TIME magazine says that “if the supersonic trade and investment among emerging economies continues, the importance of the US and Europe economically and politically would diminish”.

Predictably, such close kinship among the BRICS doesn’t go down well in some quarters. Along with the steady stream of “Braking BRICS” stories, another new trend is reports on “Breaking BRICS”. The Australian, a conservative Sydney daily, says, “Our mission should be to lure Russia out of the BRICS and offer it an alternative place in the world – as a partner to the EU, ready to accept its European roots and commit itself to European values…Abandoning the BRICS would involve loss of face, but would be a liberation for Russia. Its policymakers have never felt really comfortable with an ‘Asian model’ of development.”

I work at an Australian owned media company, so this piece makes me cringe – not just because I worry about the standards of journalism down under, but also because it appeals to baser and racial instincts. Russia wasn’t dragged into BRICS but is instead its fountainhead. As this brilliant article by Sergey Radchenko, a lecturer in the history of Asian-American relations at the University of Nottingham Ningbo, China, shows, it is not Goldman Sachs but former Russian president Mikhail Gorbachev who originally proposed a new world order with Russia, China, Brazil and India at its core.

The Australian, in a bizarre inversion of reality, hopes the tiny minority of Muscovites who rioted after Vladimir Putin rode back to the presidency, will force Russia’s exit from Asia. “Let’s anchor Russia in Europe rather than encourage its fuzzy ideas of using the BRICS as a new-fangled version of the Internationale. And let’s talk to Brazil, about defence co-operation for example, uncluttered by BRIC flimflam.”

Well, this is zombie journalism. It is symptomatic of the poor grasp of reality in the West. For, among all Westerners, Australians have gained most from the emerging markets, especially China. It is Beijing’s ravenous appetite for Australia’s metals and minerals that has cushioned the hot and dusty country from the worst recession in decades. But no, The Australian, won’t let facts stand in the way of a nice story, even one that is a long trip from reality.

There is an undeniable underbelly of corruption and backwardness in the BRICS. For instance, Russia ranked just 43rd in the Index of 50 leading economies in the Global Dynamism Index published by the advisory firm Grant Thornton last week. India's economy which was roaring at 9 percent before the recession has slowed to 5 percent.

However, none of these problems is unique to the BRICS. In fact, their incomes and influence are rising up the charts even as living standards in the West are falling. As Dancing with Giants says, that BRICS have been able to lift hundreds of millions of people out of poverty in the past few decades is not only a fact, it also provides hope for the rest of the world.