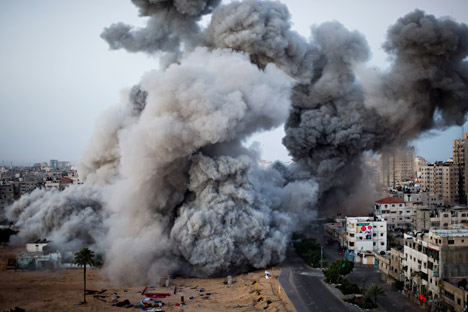 It stands to reason that the US was the only country with which India apparently shared prior information regarding Kasab’s execution.

The United States lost no time expressing understanding and tacit approval of the execution of the terrorist involved in the 26/11 attacks on Mumbai four years ago, Ajmal Kasab on Wednesday.

The US commentators who have been identified with the security establishment also scrambled to add supportive voice by piling on Pakistan.

Indeed, New Delhi handled the execution of Kasab in great secrecy and if interior minister Sushil Kumar Shinde is to be believed, even Congress President Sonia Gandhi and Prime Minister Manmohan Singh were kept in the dark.

It stands to reason that the US was the only country with which India apparently shared prior information regarding Kasab’s execution. The national security council chiefs of the two countries held a 90-minute long meeting on Monday on the sidelines of the East Asia Summit in Phnom Penh where the Indian side would have sensitized the Americans.

However, the two-track US approach toward Pakistan continues – pressuring Pakistan bilaterally and by calibrating with New Delhi while at the same time making overtures. Even as Delhi executed Kasab, US Secretary of Defence Leon Panetta made overtures to Pakistan in a prepared speech on Wednesday at the Center for a New American Security at Washington. Panetta said: “Despite challenges in the bilateral relationship between the United States and Pakistan, one area in which our national interests continue to align, is defeating the terrorists on Pakistan soil that threaten both of us. We remain committed to pursuing defence cooperation based on these shared interests.”

Pakistan’s reaction to Kasab’s execution is still maturing. These are early days. But no one in Pakistan is prepared to buy into the Indian argument that the “due process of law” took its inexorable course. At the official level, Islamabad has put on a mask and adopted a principled position, which conveys really nothing.

The Pakistani public also gave a low-key response estimating that New Delhi’s decision to execute Kasab was based on domestic political considerations and not directed at Pakistan as such. But the Islamist groups in Pakistan have made strident statements threatening India with retribution.

Their threats seem to worry New Delhi. In the past, Washington used to step in whenever India-Pakistan tensions flared up. But the US influence on Pakistan has significantly diminished. Besides, Panetta acknowledged the narrative that the Pakistani establishment and the militant groups (“non-state actors”) such as the Taliban are two different entities.