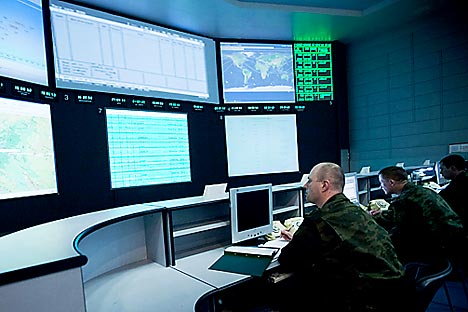 CSTO gearing up to meet the security threats after US withdrawal from Afghanistan. Source: PhotoXpress

The Russia-led bloc is preparing a contingency plan to meet the threats to Central Asian countries security in the event of a spillover of the problems from Afghanistan post-2014.

In the past few months, Russia-led regional military bloc CSTO (the Collective Security Treaty Organisation) has made repeated calls to the US to make the withdrawal of the NATO troops from Afghanistan proportional to the level of Afghan internal security. But, so far, they have fallen on deaf years in Washington, with no effect on the US to reconsider its final decision to pull out of the country, in 2014. Meanwhile, the security situation in Afghanistan is continuously deteriorating and NATO has refused to start cooperation with the CSTO on the issue. This has led the security group to prepare a contingency plan to meet the threats to the security of the Central Asian countries in the event of likely spillover of the problems from Afghanistan in the murky post-2014 scenario.

What is most disturbing, in this connection, for the CSTO, is that different spokesmen for NATO and the International Security Assistance Forces (ISAF) in Afghanistan have recently claimed that the security situation in the war-hit country is improving, the number of enemy-initiated attacks are decreasing and peace and stability have already been established in the areas where the vast majority of the Afghan people live and where Afghanistan’s security transition is progressing well under Afghan National Security Forces (ANSF).

The CSTO includes Russia, Belarus, Armenia, Kazakhstan, Kyrgyzstan and Tajikistan, specifically designed to defend the security of its member-states. Uzbekistan suspended its CSTO membership in June.

Russian President Vladimir Putin recently criticised NATO’s decision to pull out of Afghanistan, saying the ISAF should remain in the country until their job is finished. “It is regrettable that many participants in this operation are thinking about how to pull out of the country. They took on this burden and should carry it out to the end,” Putin told paratroopers in the Russian city of Ulyanovsk, in August. The CSTO has many reasons to be concerned about the security situation in Afghanistan, which is a hotbed for terrorists and a hub for illegal drug-trafficking.

20 years on, CSTO focuses on threats to Central Asia

In view of the no-end in sight of the insurgency by the Afghan Taliban and its increasing spillover northwards to the Central Asian countries near the Russia’s borders, the CSTO Secretariat has drafted an emergency plan, keeping in view the likely situation to emerge in Afghanistan for 2013-2014, identifying the need for specific measures to respond to a worst-case scenario. The plan is expected to be considered at a session of the CSTO Council on December 19, in Moscow.

“It is important to get an answer to the question how stable the current authorities in Kabul are, and whether it will be able to control the situation in the country after 2014,” CSTO Secretary-General, Nikolai Bordyuzha said during a meeting of the CSTO Foreign Ministers Council's working group on Afghanistan on November 10 in Moscow. He was referring to the increasing terrorist attacks against the military in Afghanistan.

“It is important for us to understand what the chances of the Taliban are to take power in Afghanistan again and what is to be done, if that happens. The forecast of relations between Afghanistan and its neighbours, including Tajikistan, Uzbekistan and Pakistan, is very important to us,” Bordyuzha said.

“We have to figure out how we should react to a possible victory by the Taliban and counter the spread of terrorism from a Taliban-governed Afghanistan to Russia and Central Asian countries,” he stressed. However, Bordyuzha denied that CSTO will send troops to Afghanistan.

The CSTO is also planning to form an aviation component and a general staff chiefs committee, unifying its combat potentials to deal militarily any emergency situation posing threats from Afghanistan to the CSTO countries. The formation of CSTO forces will include joint military operation planning, unified control and command, unified combat training and unified procurement and logistics to repulse any challenges from Afghan territory.

“We think that the collective forces should also have some other components. For instance, the unified aviation component,” Bordyuzha said on November 15 in Moscow.

According to the Russian media, after the withdrawal, the Central Asian countries may receive some US military equipment. The Pentagon is currently secretly negotiating this issue with Kyrgyzstan, Tajikistan and Uzbekistan, Russian business daily Kommersant reported.

“If implemented, this plan would allow Washington to expand its military cooperation with CSTO member-countries,” it said, quoting an anonymous Russian diplomat that Moscow considers this scenario to be “absolutely unacceptable.”

In response to the US attempts to squeeze Russia out of Central Asia, Moscow is taking steps to consolidate its position in the region by sponsoring modernisation of armed forces of Kyrgyzstan and Tajikistan. During his visits to Tajikistan and Kyrgyzstan earlier this year, Putin promised them concrete help in border protection.

Related: The Russian navy as an instrument of grand strategy

However, Uzbekistan’s decision to suspend its CSTO membership dealt a heavy blow to the Russia-led military bloc and posed new security threats to the Central Asia.  Experts say after NATO pulls out of Afghanistan, instability in Afghanistan is bound to spillover to north, leaving Uzbekistan to directly face the onslaught of Islamic extremists. Uzbekistan’s decision is also advantageous to the US as it creates a gaping hole in security arrangements Russia and the CSTO has been assiduously building in Central Asia.

Undoubtedly, in this backdrop, the importance of cooperation between India and Russia and other CSTO countries assumes exceptional importance, as was also noted by Russian Deputy Prime Minister in charge of defence industry, Dmitry Rogozin during his visit to New Delhi in October.

“Russia and India must together counter the wave of terrorism that can emerge after NATO forces pull out of Afghanistan,” Rogozin said.

He said after NATO forces leave Afghanistan in 2014, thousands of terrorists and Islamic fundamentalists will start looking for new jobs, not in Afghanistan itself, but in the larger region around it, adding that the situation is potentially a major problem for both Russia and India.

“The end of the ISAF operation in Afghanistan must become a start of the new stage of cooperation in fighting terrorism and extremism,” Rogozin noted, saying Russia and India could start with conducting joint monitoring of the situation and undertaking all necessary measures to prevent attacks by the “new wave” of terrorists against both countries.

India has repeatedly stated that it was interested in stabilisng the situation in Afghanistan. Earlier this month, during his visit to New Delhi, Afghan President Hamid Karzai expressed confidence Afghanistan will be able to defend itself after 2014.

“When NATO and ISAF leave Afghanistan, Afghanistan will absolutely be able to defend itself,” he told the Indian TV Channel CNN-IBN. “Definitely, absolutely sure of that within the country and will be able to look after itself.”

“In this regard India will have a great role to play and that is the role we are seeking for India in Afghanistan and that is what we have discussed here,” Karzai said.

Meanwhile, the CSTO Parliamentary Assembly Council held its first meeting in St. Petersburg on November 22 to discuss the possible exacerbation of the situation in Afghanistan after 2014 and its interaction with Security Council Secretaries Committee to strengthen security in CSTO countries.