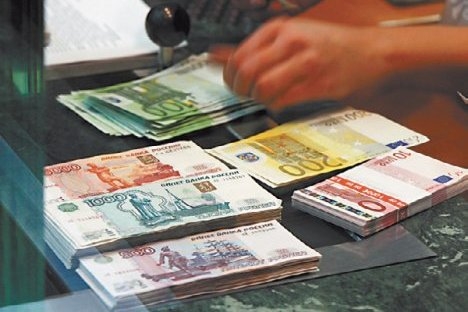 The Indian government has asked its counterpart in Moscow to not let the imbroglio over Sistema’s 2G license problems come in the way of bilateral trade and investment, a report in a leading Indian daily said.

The Deccan Herald reported that India is also eyeing negotiations for a Comprehensive Economic Cooperation Agreement with the Customs Union of Russia, Kazakhstan and Belarus during Russian President Vladimir Putin’s visit to New Delhi in December. The paper added that the Manmohan Singh Government is pushing for an India-Russia joint investment fund to promote infrastructure projects in both countries.

India’s Foreign Secretary Ranjan Mathai spoke on similar lines at the 6th India-Russia Dialogue, which was organised by the Russkiy Mir Foundation and the Observer Research Foundation. “We need to work closely with our Russian friends to push some major investment projects,” the Deccan Herald quoted Mathai as saying. “While we seek to constructively engage on some investment episodes, which have become irritants, we must ensure that they do not become deterrents for further forays.”

Sistema’s Indian venture, Sistema Shyam Tele Services Ltd suffered a jolt in February, 2012 when the Indian Supreme Court cancelled 21 of its 22 second generation telecom licenses. If the matter, now pending before the Supreme Court, is not resolved soon Sistema’s 16 million subscribers would see their phones going dead in January 2013. The strong Russian interest in Sistema arises from the fact that the Russian government has poured in $600 million and the powerful Russian oligarchy another $2.4 billion in the project.

The Indian Foreign secretary added, “We hope to start focused discussions soon on a Comprehensive Economic Cooperation Agreement with the Customs Union of Russia, Kazakhstan and Belarus.”

The Customs Union between Belarus, Kazakhstan, and Russia came into existence on January 1, 2010. The three countries then formally launched the so-called Common Economic Space in January this year to allow the free movement of services, capital, workers, and goods.