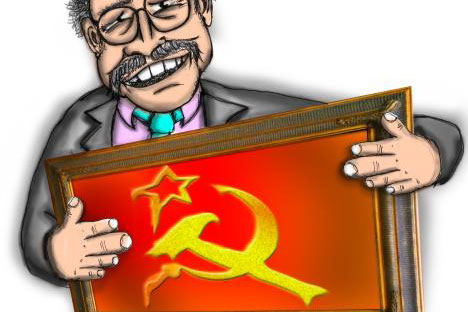 Russian analysts invariably reflect on the fate that befell the CPSU and the USSR once every five years, when the familiar phrase, “preparations for the party congress,” becomes front-page news from China. 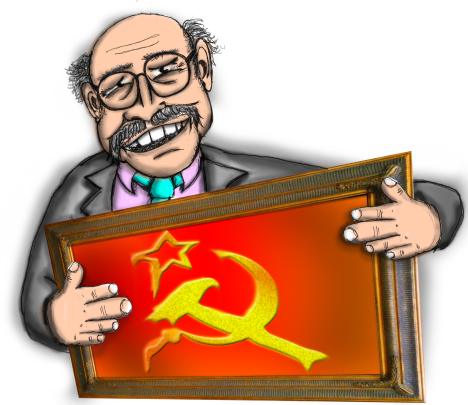 Russians over 30 still remember that spellbinding combination of words “party congress.” The main event of each five–year period, designed to make strategic decisions on the country’s development. The last, XVIII party congress was held in 1990 and testified to the de facto disintegration of the Communist Party of the Soviet Union (CPSU). Delegates failed to adopt a new party programme and the division between the advocates of reform and the conservatives became clear for all to see.

Some commentators and historians believe that if the Soviet leader had opted for a radical reform of the party and divided it into two organisations, thus introducing a multi-party system, history could have taken quite a different turn. Others are convinced that this would merely have precipitated the inevitable collapse. The CPSU has never been an ordinary party: it was the backbone of the state and its split would have caused an instant meltdown. This is in fact what happened a year later, by which time any chance to reform the state administration, if it ever existed, had been lost.

Russian analysts invariably reflect on the fate that befell the CPSU and the USSR once every five years, when the familiar phrase, “preparations for the party congress,” becomes front-page news from China. China’s communists have carefully studied the lessons from the Soviet Union’s demise. One conclusion they drew was the need to preserve unity and the influence of the monopoly party at all costs. Politicians in Beijing are convinced that the powerful instrument of the Party is the only way of carrying out and deepening these reforms.

Last week the Chinese authorities acquired a new face – the XVIII Congress of the Communist Party of China (CPC) endorsed the fifth generation of party leaders, which will rule the country for the coming decade. Since the end of the past century, the CPC has followed the unwritten, immutable, rule under which top party and government officials can keep their positions for no more than two five-year terms.

This rule, incidentally, is rooted in both the Chinese and the Soviet past: unlimited and absolute power leads to stagnation and collapse. But on the other hand, it makes no sense to risk elections lest you put in power a leader who is not ready to rule. Someone like Gorbachev, the Chinese add.

China has gained a reputation as a country in which everything runs to plan: a plan worked out for years ahead. The most recent upheavals took place almost a quarter of a century ago, when the CPC suppressed pro-democracy protests on Tiananmen Square (incidentally, at exactly the same time the CPSU finally decided to let go of the reins).

Since then, the party line has seen its ups and downs, gone through stressful times, but none of this affected China’s image as a monolith, purposefully moving in a set direction. Heightening global tensions in the 2000s only emphasized this feature of China. The more others rushed and faltered, the more impressive Beijing’s steady advance became. But because of this belief in its irreversible progress, even small mishaps in China, which would hardly even be noticed elsewhere, are perceived almost as the ringing of alarm bells.

Preparations for the most recent congress, delayed for almost a month, took place in a jittery atmosphere. This was due to a number of factors. First, the Chinese authorities are worried by recent developments in international affairs. Although China has very little in common with the countries that experienced “spring” awakenings (Beijing limited terms in power precisely in order to avoid creating a sense of stagnation), it fears that this destructive impulse may reach it in one form or another. Second, although China weathered the financial crisis of the late 2000s better than most, there are endless debates about its growth model having run out of steam and the need to revise the very foundations of development.

Finally, the public political lynching of Bo Xilai, whom the Chinese leadership accuses of “having gone too far” in many areas, testifies to acute internal fighting within the CPC. This sense has been fuelled by recent leaks to the American press about the wealth of China’s top officials (the latest publication was about Prime Minister Wen Jiabao). Analysts believe these leaks originated from inside, that they came from his colleagues. As a result, though no surprises are expected, the atmosphere is a long way off the usual belief in the immutability of the chosen path.

China’s new ruling elite, known as the fifth generation, will have to act in a world in which their country can no longer hide in the bushes. Disputes about how long China should follow Deng Xiaoping’s advice “to keep a low profile” have run their course. Whether Beijing likes it or not, it is already the focus of global attention. Every step it takes will be subject to minute scrutiny and subject to different interpretations, mostly biased, because China’s size and growth are a source of fear.

Related: The end of the Post-Soviet era

Mantras uttered by Chinese officials and PR experts about the fact that China does not think in Western-style expansionist terms or have any interest in global domination will be in vain. Europe and America will not swallow that, because they are programmed to project their own way of thinking onto the rest of the world. And in any case, it is always safer to assume the worst-case scenario will transpire: that way you won’t be caught out if it does, in fact, happen.

This means that China will meet with resistance. The period of “grace” – or development – when the country could have benefited from a US-centric international system and be almost completely spared any negative impact, is now over. Now everything is the other way round. The current crisis in this system does not make things easier – China is too dependent on this system to be happy about its decline, and its ideological, military and political potential is not strong enough to offer an alternative.

It would be fair to say that the current wave of predictions about the disasters threatening China is the fourth in the past 20 years. To date, China’s leaders have managed to defuse tensions and chart a “via media” that leads them on to new successes. It is also true that in the past, signs of crisis in China have not coincided with the erosion of the broader global institutional framework. It is practically impossible to see where to gain a foothold.

For Russia, the difficulties faced by its giant neighbour, whether real or exaggerated, could have serious consequences. A Chinese downturn would drag down the entire global economy, particularly the raw materials market. It is also unclear what policy China’s leaders will choose to make up for the lack of growth that is so vital for domestic stability.

Chauvinism is a tried-and-tested social anaesthetic. If China sees current growth levels continue, tensions will escalate (both its neighbours and the United States will start getting nervous). Pressure on Moscow to side with one party will also build. However, Russia stands to lose from any final choice.

The XVIII CPC Congress has demonstrated that the Chinese communists are confident at the helm, and are unlikely to allow any repeat of Soviet developments in their country. But it is becoming less and less clear whether the captains of this megaship know which course to take.