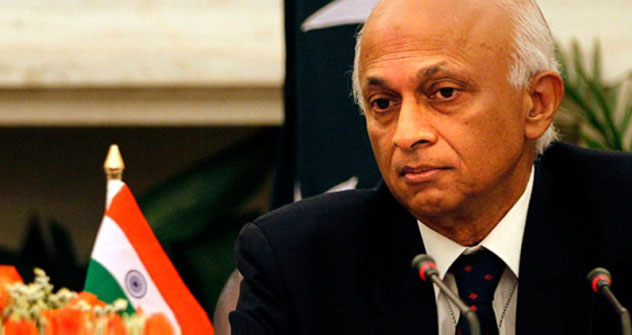 India’s Foreign Secretary made an eye-opener of a speech and gave a detailed account of why and how India’s friendship with Russia is of utmost national importance.

It is not very often that India’s top diplomat pays glowing tributes to a friendly country on record, knowing very well that such lavish praise can cause heartburn among other friendly countries. This is precisely what happened on the evening of November 22 when India’s Foreign Secretary Ranjan Mathai made an eye-opener of a speech in front of an extremely select gathering and gave a detailed account of why and how India’s friendship with Russia is of utmost national importance.

There were hardly fifty guests present on the occasion – the sixth Indo-Russian Dialogue promoted by the Observer Research Foundation and Russkiy Mir. The guest list comprised mainly of top Indian and Russian diplomats and strategic writers, including the Russian ambassador in India Alexander Kadakin. I felt proud to be in such company when Mathai explained in just about half an hour why Russia continues to be India’s greatest friend.

No, the Indian foreign secretary’s remarks were not triggered by the fact that India and Russia are celebrating this year the sixty-fifth year of diplomatic relations between them – a relationship that even pre-dates India’s independence and reached its zenith during the Soviet era when the Indo-Soviet Treaty of Friendship was signed in 1971.

A Special and Privileged Strategic Partnership

Mathai described the Indo-Russian strategic partnership as “special and privileged” which remains “a key priority” and adds decisive value to India’s national capacities even today in this dramatically re-defined post-Cold War world.

Few people would know that Russia is the only country with which India has a mechanism of annual ministerial review of defence relations. Also, Russia was the first country with which India started holding the annual summit, a mechanism that India currently has in place with just two countries till date – Japan being the other one. Mathai was careful enough to mention both the points in his speech.

The Indo-Russian strategic partnership has five major components– (i) political (with sustained, regular dialogue at the highest level), (ii) counter terrorism cooperation, (iii) defence, (iv) civil nuclear energy and (v) space. The nature of the Indo-Russian pentagon is such one never knows which of the five angles will be active on what time and sometimes all five angles come into play simultaneously.

Mathai spoke at length on the defence aspects of Indo-Russian ties, a crucial component of bilateral relations as close to 70 percent of India’s military hardware still remains of Russian origin despite the fact that India has already diversified its defence import basket in a big way. The Indian foreign secretary made one very important point here. Cognizant of the disquiet in Russia over Russian bids failing to win contracts many times in the recent past, Mathai sought to apply a soothing balm and put things in a mature perspective. Sample his remark: “We often hear rumblings in the media, both here and in Russia, whenever a big-ticket defence deal does not go the Russia way or when Russia collaborates with others. I am confident that our ties are much too mature to be shaped by individual deals in India’s competitive defence space, or by Russia expanding horizons.”

India knows very well the importance of Russia as no other country has proven to be such a reliable partner for hardware. More importantly, India and Russia have moved to a phase of joint design and development, and of multi-year joint collaboration programmes, with substantive sharing of critical technologies.

In this context, Mathai came up with a major remark that should shut up all doubting Thomases and said: “This is what makes our defence partnership unique and will sustain it over the next decade. I foresee this relationship diversifying and deepening as both India and Russia embark on modernizing their defence capabilities.”

The Season of Russia in India

Russian President Vladimir Putin is scheduled to visit India on December 24, 2012 for the 13th Indo-Russian annual summit. In October 2012, Russia’s Deputy Prime Minister Rogozin visited India to co-chair the Indo-Russian Inter-Governmental Commission, which is one of the largest and most elaborate mechanisms India has ever had with any country in the world. Virtually every department of Government of India is present at the Indo-Russian inter-governmental commissions where the two sides review their cooperation in every sector, to have candid exchanges and to constructively address some of the challenges that confront them. In November 2012, the Russian Defence Minister also visited India to co-chair the military-technical commission, which assessed the state of health of the robust and highly intense defence partnership between the two countries.

Putin’s upcoming India visit will impart yet another fillip to the Indo-Russian bilateral relations, which in this 65th anniversary year since diplomatic relations were established between Russia and India after independence is a story of "continuity with enriching changes”, Mathai remarked. Last but not the least, the Indian foreign secretary pointed to several big-picture stories of Indo-Russian cooperation.

On the global stage, Russia remains India’s trusted friend and confidante. “Russia’s overt support for India’s permanent membership of the UNSC, the NSG, SCO and the APEC are extremely vital for us. Moreover, Russia has often tried to persuade others while endorsing India’s credentials. This is an outcome of the unique tradition of political proximity that we have cultivated over the years,” Mathai observed.