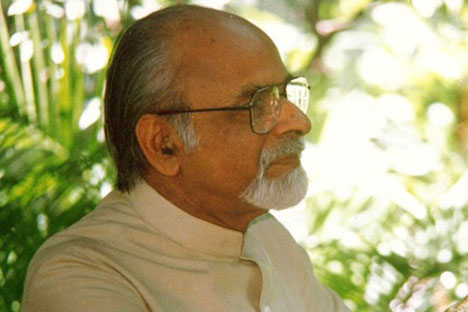 Russia always remembers with gratitude the great contribution Gujral made to the development of warm relations between India and Russia, despite the political changes that have taken place in both countries.

Russian friends and well-wishers of the former Indian Prime Minister Inder Kumar Gujral were saddened over the news of his demise this afternoon. They had all been praying for his complete well-being after he was admitted to hospital with a lung infection. Gujral, who was 93, was being looked after by a team of nine senior medical consultants led by famous heart specialist Dr Naresh Trehan.

Russia always remembers with gratitude the great contribution Gujral made to the development of warm relations between India and Russia, despite the political changes that have taken place in both countries, in the post-Soviet years. Over the years since the collapse of the Soviet Union in 1991, the traditional friendly ties between the two countries have remained unchanged, steadily evolving to a new level of “special, strategic partnership” between the two countries. If the Indo-Russian ties have scaled up unprecedented heights today, Gujral’s contribution to its growth in his capacity as Indian ambassador to the former Soviet Union in late 1970’s and early 1980’s, and as the External Affairs Minister in 1989-90 and again in June 1996 until he became the Prime Minister in April 1997, need not be overemphasised.

Before being sent to Moscow in 1976 by the-then Prime Minister Indira Gandhi as India’s ambassador with a Union Minister rank, Gujral was the Minister for Information and Broadcasting. He was later shifted to the Housing Ministry for his refusal to obey the “diktat” of Sanjay Gandhi, the second son of Mrs Gandhi. He remained ambassador to Soviet Union till 1980 having an eventful stint, about which he himself writes in his book “Matters of Discretion: An Autobiography.”

Gujral’s arrival in Moscow as India’s ambassador to the Soviet Union, took place following the sudden demise of his predecessor D.P. Dhar (1975-1975) who played a pioneering role in the signing of the historic 1971 Treaty of Peace, Friendship and Cooperation between India and the Soviet Union. After the collapse of the Soviet Union, the Treaty was renewed during the First Russian President Boris Yeltsin’s visit to India, but without its security clauses and ideological underpinnings.

Before joining the Congress Party, Gujral was a member of the underground CPI, which had apparently ideological links and strong friendly ties with the Soviet Communist Party. Even after joining the Congress Party, he always remained a CPI “fellow-traveller” as the Communists fondly used to call him. His progressive ideological orientation proved to be of great help during his diplomatic stint in Moscow.

In his Autobiography, Gujral gives interesting glimpses of his meetings in Moscow with Soviet leaders, among whom Prime Minister Alexei Kosygin impressed him the most. The Communist Party General Secretary Leonid Brezhnev was in failing health. He also mentions that Mrs Gandhi often asked the Soviet leadership to tell the Communist Party of India (CPI) to cooperate with the Congress Party. She also sought the Soviet leadership to soften its attitude to her son Sanjay. Gujral also recalls how Brezhnev was fascinated to possess exotic pens and watches.

The good personal equations Mrs Gandhi had with the top Soviet leaders and her own perception of the influence of the Soviet leaders had on the CPI leadership come out sharply from Gujral's account in his Autobiography.

Whatever might have been the reasons for Mrs Gandhi to shunt off Gujral to Moscow, his new appointment as ambassador to the Soviet Union helped him as a “springboard” for his role as the External Affairs Minister in the future.

Incidentally, it may be interesting for many people to know that Gujral started sporting his Lenin-styled French beard during his stay in Moscow, which later became an important trait of his personality.

No less interesting glimpses of Gujral’s stay in Moscow have been depicted by his wife Shiela Gujral, who was herself a poetess and writer in her own unique way. Like Gujral, Shiela too was very close to the great Indian journalist late-Nikhil Chakravartty, the Editor of Mainstream Weekly. During one of his visits to Moscow, N.C. as he was popularly called among his friends, advised her to jot down a diary on the basis of which she wrote a book about her experiences in the Soviet Union. The book entitled “My Years in the USSR” was published in 2002.

Shiela admits in her book that Gujral was “banished” to Moscow due to differences with Sanjay Gandhi over his refusal to censor the All India Radio’s main news bulletins before they were aired. “India’s ambassador to the USSR, my husband, I.K.Gujral, considered it as his political exile,” she wrote.

In her book, Shiela has also presented flitting glimpses of Soviet leaders including Brezhnev, Kosygin, the- then Soviet Foreign Minister Andrei Gromyko and others with their wives. Interestingly, she describes how in Moscow, she became instantly popular across the Soviet Union when at a televised reception given by Gujral in the honour of the visiting Prime Minister Indira Gandhi, Brezhnev admired the “bindi” on her forehead.

In Soviet-era, Indian “sari” and “bindi” had special charm for the people, more so because of the ideological propaganda in favour of the traditional friendly bilateral ties with India, and frequent showing of Hindi films in cinema houses all over the Soviet Republics.

Despite his failing health, Brezhnev visited India in December 1980 for the first summit meeting after the Soviet invasion of Afghanistan and after Mrs Gandhi’s return to power. Indeed, Mrs Gandhi’s victory in the election had caught the Soviet leadership unawares as they did not expect her to return to power after her defeat in the 1977 election. Gujral closely monitored the developments in Moscow to offer advice to Mrs Gandhi.

Gujral has always been emphasising in his remarks that India and (Soviet) Russia are politically close and are allies too. His high regards for Russian Indologists and scholars are also well-known and even today he maintains his personal relations with some of them. He is a great admirer of Russian painter Svestoslav Roerich and renowned late Indologist Grigory Bondarevsky whom he regards as an “eminent historian” and “committed friend of long standing who shared with us our joys and grief.”

“In the Soviet-era, Bondarevsky was a valued source of information and advice who would help me understand the intricacies of the Soviet policies. I often turned to him for advice in Moscow,” Gujral said in his condolence message on the death of Bondarevsky in August 2003.