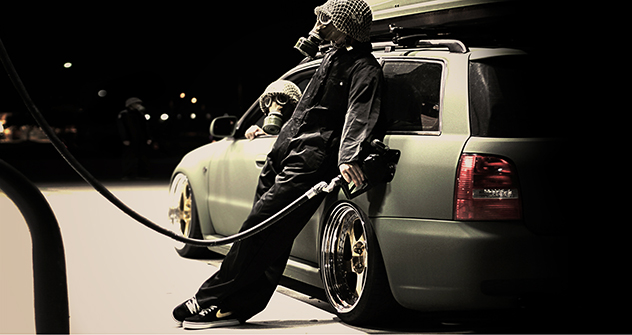 December 21, 2012, the day of the winter solstice, is a date of the expected end of the world. Source: GoodFon.ru

The hypothetical end of the world, which has deranged people’s minds around the world, including Russia, has caused very strong emotion in remote provinces.

The ongoing stir over the ominous date of December 21, 2012, which many around the world expect to be the end of the world, has angered Russian scientists and legislators, but played into the hands of smart owners of small businesses and caused panic in the regions.

State Duma members have urged the heads of Russian electronic media to ban any mentions of the end of the world rumours on air. They even addressed the chiefs of federal television channels with an open letter to this effect.

According to the letter’s author, Mikhail Degtyaryov, who is quoted by the daily Izvestia, the spreading of rumours about the end of the world provokes some people to act very inadequately.

“Our committee includes members of the Academy of Sciences, some very competent scientists, and we say with responsibility that there will be no end of the world,” the legislator said.

December 21, 2012, the day of the winter solstice, is a date of the expected end of the world. The end of the world speculations rely on the Mayan calendar, in which December 2012 marks the end of the current baktun – a 5,125-year-long cycle (the Fifth Sun Era), and the beginning of a new one.

Degtyaryov argues that the discussion of this scandalous theme is causing adverse effects on the physical and emotional condition of many people.

“Television has a very strong psychological influence on the audience. For that reason TV journalists must be very responsible in selecting the information that is put on the air. In their programs they often mention the rumoured end of the world. Why? It would be far better to steer clear of such themes,” Degtyaryov said.

He has the impression the end of the world is a commercial project. “Just take a look at how many swindlers are trying to make money on this affair, from pseudo-magicians to vendors of emergency food parcels and other essentials. Besides, according to the latest statistics, in comparison with the yearend period of 2011 there has been a surge in the amount of consumer credits and the turnover of retail chains, which unmistakably points to soaring hysteria,” the legislator said.

A member of the State Duma’s health protection committee, physician Leonid Ogul (of United Russia), also believes that the effects of television on the psychological and emotional condition of people should not be underestimated. “It is very wrong to keep talking about the end of the world non-stop,” he said. “All people are different, and such speculations may influence them in a variety of ways. Some will burst out laughing, others come down with a heart attack, and some will do something bad.”

For instance everybody was advised to buy up candles, matches, kerosene, salt, sugar and canned food. Source: ITAR-TASS

The hypothetical end of the world, which has deranged people’s minds around the world, including Russia, has caused very strong emotion in remote regions. According to the portal NEWSru.com, a local daily in the town of Omutninsk, the Kirov Region, has reprinted on its last, entertaining page a prophecy by some Tibet monk, borrowed from a news-site. The monk gave some practical advice as to what one should do to get ready for the worst. For instance everybody was advised to buy up candles, matches, kerosene, salt, sugar and canned food.

As a result the local people began to get ready for Doomsday in earnest to have swept all goods off the shelves of local shops and food kiosks in the villages nearby. The end result was not a single candle could not be bought anywhere. A real hysteria began.

Tomsk, a city in the heartland of Siberia, has seen some very weird doomsday preparations, indeed. A local wedding agency has started selling special End of the World kits, including a brief memo just in case the kit’s holder forgets how to use it, a can of sprats, a bottle of vodka, a package of buckwheat, candles and matches, a notepad and a pencil to write letters to future generations, a description of some intellectual games to play during spare time, a medicine chest containing absorbent carbon, bandage, and sedative drops, a rope and a piece of soap.

Apocalyptical expectations have caused some criminal incidents, too. The police in the Kemerovo Region have detained four local residents in the town of Mariinsk for stealing foods from a van. The men explained they were getting ready for the end of the world. All of the four detainees turned out to have previous criminal records.

Over the past decades many expectations of the sort were related with 1999 and 2000. US preacher Harold Camping went farther than anybody else. He urged humanity to brace up for the end of history and its own existence several times in 1994, and then in 2011, when he predicted the end of the world in May and finally in October. In fairness one must admit that the preacher, in contrast to many other fortune-tellers, took the trouble of apologizing to humanity.

December 21, 2012, the day of the winter solstice, is a date of the expected end of the world that can be often come across in esoteric books. It was extremely popular at the end of 2000. The end of the world speculations rely on the Mayan calendar, in which December 2012 marks the end of the current baktun – a 5,125-year-long cycle (the Fifth Sun Era), and the beginning of a new one. Some specialists on the Mayan culture have calculated that the current (13th) baktun began on August 11 or 13, 3114 B.C. and is now drawing to an end.

Specialists on the Mayan history and culture of are divided over what the end of the baktun means. Today’s Mayan Indians are very indifferent about the date by and large.

At the beginning of the 21st century, the prophecies became deeply ingrained in the modern mass culture, largely due to texts by New Age adepts, Dan Brown’s novel The Lost Symbol and the Roland Emmerich’s disaster movie called 2012. The year 2012 phenomenon has been debated in society for the past several years. Tremendous amounts of references to some catastrophic events that are allegedly due on December 21, 2012 are found in no end of essays and esoteric and literature works.