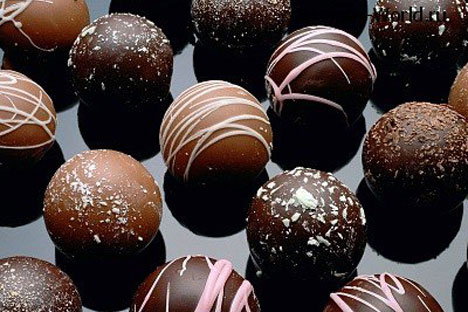 The boutique will sell 15 types of hot chocolate and its candies will be delivered fresh from the Odintsovo factory every morning. Source: Press Photo

The premium boutique will sell 15 types of hot chocolate and its candies will be delivered fresh from the Odintsovo factory every morning.

The founders of the Korkunov premium chocolate boutique that opened in Moscow's AFIMALL City on Sunday hope to transform Russians into chocolate gourmands.

“I want such boutiques to open in other malls,” said the founder of the brand, Andrei Korkunov. “This kind of boutique raises the consumption culture around chocolate and quality food.”

What makes the Korkunov boutique special is that it has a broader gastronomical focus, rather than just selling boxed candy, said Peter Knauer, general manager of the Odintsovo Chocolate Factory, where the Korkunov products are made. The boutique will sell 15 types of hot chocolate and its candies will be delivered fresh from the Odintsovo factory every morning.

The company declined to say how much it cost to set up the boutique, but a spokesman said they expect the return on investment period to be 8 to 12 months. 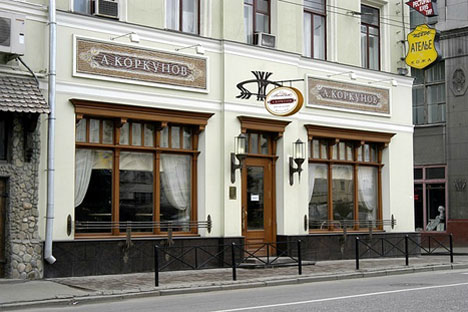 Korkunov is not the first chocolate boutique to open in Russia. The Konfael chain was launched in 2002 and now has 21 locations in Moscow and multiple locations in the regions. Other Moscow-based confectionary boutiques include Leonidas, Godiva and Lindt.

Russia is considered to be one of the most promising emerging markets for chocolatiers, according to a KPMG study released in September. KPMG experts predict that the domestic market for chocolate, now worth over $8 billion, will grow by 45 percent in three years. This compares to the global chocolate market, which is only expected to grow by 2 percent.

The outlook for premium-level chocolate sales is also good, with Russians expected to gradually switch to more expensive products, such as handcrafted chocolates.

Knauer agreed that the opportunities for building chocolate boutiques in Russia look good and said that they are hoping to eventually build up a chain of Korkunov boutiques across the country. The chocolate could be supplied fresh even outside of Moscow, Knauer said.

“Currently, we are starting to develop this model,” he said. “There are already possibilities to quickly solve logistical questions so that we can get products to St. Petersburg within a day.”

Knauer added that the there are still no concrete plans to launch this chain.

“We want to see how this model works, and after that we will make further plans,” he said.

Experts also suspect that the boutique itself does not have much commercial value, but is rather meant to promote the product brand. Andrei Korkunov said in 2008 that the brand's store, which opened on Lubyanka in 2004, has not yet returned the investment and was more of an image project for the company.

But others were less conservative in their predictions for how well the boutiques will do. Alexander Nosov, the main chocolatier at the Odintsovo Chocolate Factory, said that Korkunov is mulling the idea of creating a boutique that would not only serve freshly made chocolate, but also have walls and ceilings made from the sweet product.

“Probably not the floors though,” he added. “You don't want to walk on chocolate.”