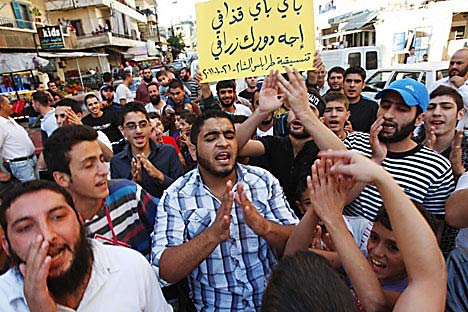 In both cases, the ‘fedayeen’ of the revolution have come to grief, rudely pushed aside, while the best-organized force, namely, the Islamists, seize the monopoly of power.

The Tahrir revolution in Egypt is beginning to bear an uncanny resemblance to the 1979 Islamic revolution in Iran. Interestingly, the Iranian press has been quick to draw parallel. Tehran of course sees the developments in Egypt through its ideological prism.

In both the cases – Iran and Egypt – the ‘fedayeen’ of the revolution have come to grief, rudely pushed aside, while the best-organized force, namely, the Islamists, seize the monopoly of power. In Iran, it worked, but in Egypt, the outcome remains somewhat certain although the dice is cast.

In Iran, it was the cadres of the Marxist Tudeh party that provided the storm troopers for the 1979 revolution but they got eliminated within the early period of the revolution as the clerics with the support of the bazaar rallied. In Egypt, too, it is widely recognized that the Muslim Brotherhood got involved with the revolution only belatedly, well after it got under way under the leadership of various opposition groups that took to the barricades. But, within the first few months of capturing power, the Brothers are now appropriating the political space that legitimately belonged to the other groups ranging from the liberals to the left.

Related: Putin has a message for Egypt

President Mohamed Morsi’s decision to order the troops to deploy tanks to protect the regime becomes a defining moment. It is indicative of a determination on the part of the Muslim Brotherhood to seize the monopoly over power. From this point, a dangerous slide has begun. Morsi is pushing the envelope and only one side can win.

Yet, he isn’t the towering figure that Iran’s Imam Khomeini was. He lacks even the charisma of a popular politician. Besides, in those uncertain times in Iran, the revolutionary guards undertook the task of consolidating the Islamic rule. In Egypt, on the other hand, the military leadership is far from Islamist in its orientation. In fact, a good case can be made that they may not have the stomach to open fire on the Egyptian people for the sake of preserving the interests of the Brothers.

Arguably, there is an inherent danger that at some point, the Egyptian military may turn against the regime. The greater danger of course is that the Egyptian nation is being torn asunder and a civil war may ensue. Meanwhile, the epochal events are being watched in real time all over the Middle East – Islamism on the march.

The only good thing to come out of all this is that it is also being closely followed in Washington. And, if the correct conclusions are being drawn, a catastrophe can still be averted in Syria. We now have a fairly good idea of the Brothers’ quest for hogging political power, which is far beyond their real power base if an opportune moment arises, as Mohamed ElBaradei explains in an excellent article in the FT. Read it here.