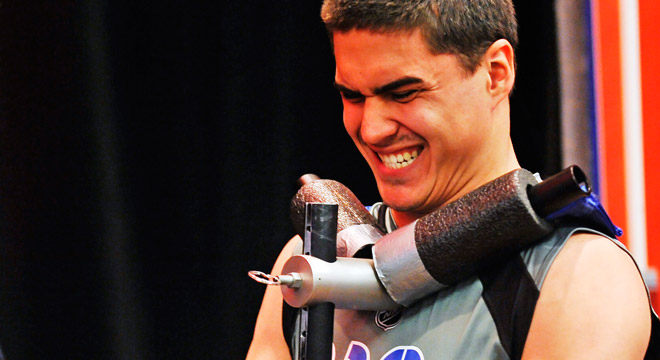 Road to the NHL: From Nizhnekamsk to Edmonton

Yakupov started his career in the Russian Minor Hockey League (MHL) with his hometown team, the Reaktor Nizhnekamsk. In the 2009-2010 season he scored four goals and two assists in 14 games. In 2010, Yakupov was selected second overall by the Sarnia Sting of the Ontario Hockey League (OHL) in the 2010 Canadian Hockey League Import Draft. He played in 69 games, scoring 49 goals and adding 52 assists.

Nevertheless, Nail was rated the top North American prospect by Central Scouting, prior to the 2012 NHL Draft.

He became only the third Russian player in draft history to be picked first overall in the first round (the first two were Ilya Kovalchuk in 2001 and Alexander Ovechkn in 2004). Yakupov was finally drafted by the Edmonton Oilers, after he went through 18 interviews during Combine Tests in Toronto.

“I always look good. It’s not a problem for me. I just need a few hours to rest and I’m good to go. My dad and my family taught me this – no matter how difficult it is, you have to do it with a smile. If you’re in a good mood, it’s easier to get stuff done.”

About the media “My agent also tells me what I should say in different situations. Eventually I learned it. You have to be prepared for an interview. You have to know what to say and when to say it.”

Nail Yakupov is considered the best, pure goal-scorer from the 2012 NHL Draft. His successful gameplay places him in the field of all-time best rookies in OHL history.

Yakupov is an ethnic Tatar from the Republic of Tatarstan, which is part of Russian Federation. His favorite food is traditional Tatar cuisine, including vak-belyash, chuck-chuck and soups with uch-pochmak.