Light at the end of Afghan tunnel 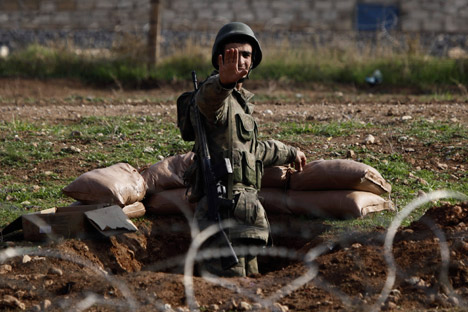 Light at the end of Afghan tunnel. Source: Reuters/Vostock-Photo

The reins of the peace process in the war-torn nation remain in American and Pakistani hands, while Hamid Karzai is reduced to just another Afghan group.

The regional capitals could heave a sigh of relief that some exceptionally good news is coming out of Afghanistan. The Taliban and their Afghan adversaries are agreeable to hearing each other out. This may seem a small step, but in a fratricidal strife, when the kinsmen finally show willingness to listen speak to each other, the defining moment has been reached.

The United States and its western allies, notably France, are acting behind the scenes to facilitate this nascent process whereby the leaders of the groups comprising the erstwhile Northern Alliance [NA] shall be sitting around later this month in Paris with the representatives of the Taliban. In sum, a process of intra-Afghan dialogue, which is crucial to a durable settlement, is commencing.

Paris – the locale evokes poignant memories. It was in Paris that the then United States National Security Advisor Dr Henry Kissinger held the tortuous negotiations with the Vietnamese Politburo member Le Duc Tho (who were later awarded the Nobel Peace Prize – although Le Duc Tho refused to accept it.) The negotiations that began in 1968 led to the Paris Peace Accords of 1973.

This time round, the NA leaders or Mullah Omar are unlikely to be awarded the Nobel. Nor are their parleys likely to be as prolonged, since the timeline for bringing peace to Afghanistan is very short – a year or two at the most.

The forthcoming intra-Afghan meet cannot be expected to produce any dramatic breakthrough. It is a beginning. Nonetheless, its significance cannot be underestimated. It is a stunning development that the Afghan groups are prepared to constructively engage at all. So much blood has been spilt, so much of mutual hostility and suspicions accumulated. Obviously, the United States has got Pakistan on board, and Islamabad has been instrumental in bringing the Taliban to sit across the table with the NA representatives. Indeed, Washington and Islamabad have hinted that the US-Pakistan ties are back to normal.

The NA groups are amenable to persuasion by the western powers. The Paris meet is taking place even as the US began negotiations with Kabul regarding the establishment of long-term American military presence in Afghanistan – something used to Taliban oppose tooth and nail. On the other hand, the US insists that it is not going to walk away from Afghanistan. The grit that the US has shown would appear to have had a salutary effect on Pakistan (and the Taliban).

The point is, the long-term US military presence in Afghanistan implies that any attempt by Pakistan to push for an outright Taliban takeover in Kabul will be fraught with the grave risk of confronting the American military at some point. That is not an eventuality that suits Pakistan. On the contrary, without an outright Pakistani military intervention as in the mid-1990s, Taliban’s chances of capturing power in Kabul are very remote.

All the same, it is unfair to overlook that there has also been a rethink in Islamabad. For the past year Pakistan has been engaging the NA groups and admitting the need of an inclusive, broad-based Afghan settlement. Significantly, top NA leaders do not resort to harsh criticism of Pakistan anymore.

For the Taliban, too, Paris meet signifies a shift. They ridiculed Hamid Karzai as a US puppet and simply refused to talk with him. But now Karzai’s representatives are attending the Paris meet.

Alongside the Paris meet, we should expect that the US is almost certain to engage the Taliban on a parallel track in direct talks. Thus, the reins of the peace process remain in American and Pakistani hands, while Karzai is reduced to just another Afghan group. He won’t like this “downsizing”. Thus, there has been a spate of statements lately by Karzai harshly critical of the US on various counts. His rancor that he may be marginalized is self-evident. But then, arguably, NA stalwarts such as Ahmad Zia Massoud, Yunus Qanooni or Mohammed Mohaqiq who are key participants in the Paris meet, will not accept Karzai as their team leader, either.

There is an inherent danger that advantage goes to the Taliban, which is the most cohesive group. But, equally, the NA leaders are also approaching the peace process without illusions. The UN is expected to navigate the intra-Afghan dialogue. A follow up intra-Afghan meet is already on the cards at Ashgabat. Clearly, the clincher will be the progress achieved in the US-Taliban talks.