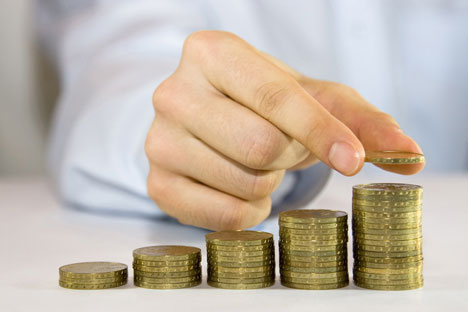 In the first of a two-part series, Alexandra Katz looks at the investment climate in India for Russian companies in the backdrop of hold-ups like the cancelling of Sistema’s licenses.

Russian investment projects in India have always enjoyed vast promotion in both countries. However, that is yet to help most ventures bypass various hurdles that would make investment in India not only a diplomatic triumph but a profitable venture.

According to recent Ernst & Young's 2012 India attractiveness survey, the country remained very attractive for foreign direct investment in 2011. India witnessed a growth of 20 percent in FDI projects (attracting 932 new projects) at a time when the global economy is still struggling to recover from the financial crisis of 2008–09. Russian investment in the country, however, continues to be slowed down by several factors.

“FDI in India has been growing for the last several years and reached up to $44-46 billion. We see FDI coming from USA, UK, Netherlands, France, Germany, Japan, China and Singapore, etc. Russia is not even in top-10 investing countries though”, says Y.S. Shashidhar, Managing Director, South Asia, Middle East and North Africa, Frost & Sullivan.

“One of the biggest problems in India is the lack of developed infrastructure. By this criterion, India is at disadvantage compared to China while they were both at the same stage some time back,” says Yaroslav Kabakov, chancellor of Finam Learning Centre, a part of the Finam investment holding. “The advantage of India is the penetration of the English language that makes all business communications easier.”

While Kabakov believes that the availability of low-cost manpower is an advantage, he notes that the country lags behind in trained white-collar employees. The Russian expert also feels the capacity of the Indian market is limited by its modest per capita income. “However, for Russian investors India is interesting as a market that is less competitive as markets in developed countries,” Kabakov adds.

According to the Federal State Statistics Service of Russia, in 2011 Russian investments in India stood at $125.6 million, 17.8 percent less than in 2010. The manufacturing sector accrued almost 100 percent of investments. In the first half of 2012 Russia invested only $60.3 million in the Indian economy while Russia’s accrued investment in India by March, 2012 amounted at $623.5 million. Out of that $561 million were direct investments.

The trade between Russia and India in first half 2012 amounted to only almost $5.7 billion while the target set by countries’ officials is $20 billion of bilateral trade by 2015.

Coincidence or not, the Kudankulam Nuclear Power Plant may go live at the same time Vladimir Putin arrives in Delhi for the annual India-Russia summit.  This may however be overshadowed by another bone of contention.

Recently India asked Russia to bring the future 3rd and 4th units of the plant under the purview of India’s nuclear liability law that came into existence as late as in 2010, two years after 2008 civil nuclear cooperation agreement between the 2 countries. As per this law, the supplier of the unit is to bear additional financial responsibility for hypothetical damage.

Russia showed displeasure with the request as not only the new conditions will increase the cost of future units, but said the rules should not be changed during the game.

Earlier India and Russia signed an agreement for a $3.4 billion Russian line of credit for the reactors. The cost for both reactors is expected to reach to $7 billion.

“Indian government often becomes a game changer,” says Petr Topychkanov, Coordinator, Non-proliferation Program at the Carnegie Moscow Center. “In case of Kudankulam, it is a standard in global practice when an owner-operator of the plant assumes the nuclear liability risk. The same is applied to Fukushima plant in Japan and the same was prescribed in the agreement signed in 2008 for Units 3 and 4 at Kudankulam,” Topychkanov adds. “However, in order to please the protesters across the country, Indian government decided to change the rules of the game. So now it’s Russia who will be partly responsible in case of accidents on Units 3 and 4.”

Topychkanov says defence contracts and atomic power still play the key role in economic relations between India and Russia. However, in other sectors Russia seems to be losing its formerly strong positions. “We have recently lost tenders for renovation of units of two steel plants in Bhilai and Bokaro, build in 1960s in collaboration with the Soviet Union,” he says.

The only positive example of business cooperation between countries, according to the Carnegie expert would be MTS India, the Indian unit of Russian AFK Sistema, but after the order of the Supreme Court the success of this project is questionable, too.

Sistema Shyam Tele Services Ltd (SSTL), the Indian venture of Russia giant Sistema is probably the first and most unique investment project in commercial sector. SSTL operates in India under MTS India brand.  In February 2012 Indian Supreme Court cancelled 21 of 22 SSTL’s 2G licenses along with 100 licenses of different mobile operators such as Uninor.

Along with the order the court directed the Telecom Regulatory Authority of India (TRAI) to make fresh recommendations on the grant of 2G licenses and the re-allocation of spectrum via auction that took place in October. Earlier in May SSTL filed a curative petition seeking restoration of its licenses - the petition has not been heard till date. Through the licenses of SSTL are valid till January 18, 2013 as per the Supreme Court order, SSTL decided to stay out of the October auction relying on the petition and, probably, the help of diplomatic relations between two countries as Russian Government holds 18 percent in SSTL while Russian Sistema JSFC owns around 56 percent and the remaining 26 percent is held by the Shyam group.

Considering that SSTL already invested about  $3 billion in India, out of which Sistema invested $2.4 billion and Russian government $600 million, adding the interest of India to attract more FDI from Russia, the positive way out of the situation would be beneficial for both countries.

“Russian investors should be concerned about changing market rules as the level of government regulation of economy is quite high. Well, Russian companies are used to that as in Russia and CIS the same factors plays a major role. Moreover, friendly diplomatic relations promise positive solutions of conflicts. Corruption risks are also on high level in both countries,” Finam’s Kabakov says.

Analysts tend to agree that in case of big-ticket multi-billion dollar projects, diplomatic means could be used to sort out minor irritants and major issues.