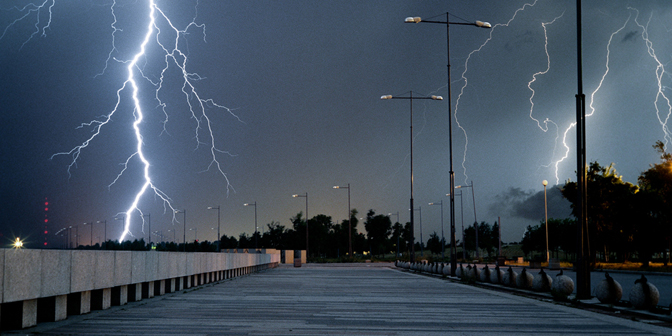 Ahead of the prophesied Doomsday, NASA has already received thousands of enquiries about whether a rogue planet is on a collision course with the Earth on December 21.Source: Alexey Tikhonov

The mass psychosis among the population is as a big opportunity for the Russia’s con businessmen, who lost no time to exploit the situation for profiteering.

Nothing terribly catastrophic like a apocalypse or mega deluge is going to happen on December 21, but already people in many countries all over the world have been overwhelmingly overtaken by the fears and anxiety of the coming Doomsday on the fatal day. That the world is going to end on December 21, has become one of the most popular searches on the Internet, prompting shrewd businessmen across the globe to cash in on the fears of a tiny fraction of the people, turning Doomsday prophecy into an occasion of frenetic business activity.

Ahead of the prophesied Doomsday, NASA has already received thousands of enquiries about whether a rogue planet is on a collision course with the Earth on December 21. The fact that NASA scientists had to post videos debunking the Mayan calendar rumours speaks volumes about the people in the grip of fears of Doomsday.

The cataclysmic speculations about the Doomsday on December 21, 2012, are triggered by the Mayan calendar ending on this very day. Despite numerous scientists and Mayan descendants denying the connection between the end of the calendar and end of the world, the rumours quickly got out of control causing mass hysteria of the impending annihilation.

A series of media reports about the imminent Doomsday, generated an alarm in Russia too. The mass psychosis among the population, came as a big opportunity for the Russia’s con businessmen. They lost no time to exploit the situation for profiteering, taking advantage of people’s fear of Doomsday. Calculating on earning huge profits, they tried to turn the plight of the gullible Russians into Indian mythological “Kamdhenu,” the divine cow which fulfils one’s all desires.

As only a few days are left before the approaching Doomsday, fears have gripped Russia with those awaiting it and stocking up food and fuel. According to media reports, thousands of people across Russia keep stocking up their store-rooms and balconies with supplies they might need when the apocalypse hits the world.

Residents in the Russian town of Omutninsk swept shop shelves empty in a panic buying spree, following a report in the local newspaper on the anticipated ‘konets sveta,’ as the end of the world is known in Russian.

Some people are even reportedly moving outside of cities because of the rumours that it would be impossible to survive in the cities following the apocalypse on the Earth. This has also generated increasing demand for underground bunkers in the country, media reports said.

A number of companies in Russia are selling emergency surviving kits. For example, in the city of Tomsk in Siberia, such kits on sale include ID cards, notepads, canned fish, a bottle of vodka, rope, a piece of soap. These emergency kits are reported to be very popular among customers. For about $30, buyers receive food that will be preserved for a long period, candles, matches and soap, as well as games to amuse themselves.

Ahead of the New Year’s, travel agencies are selling tours to either “heaven or hell.” In the Russian city of Nizhny Novgorod some enterprising businessmen even offered far more expensive Doomsday fare – one being a salvation trip in an arc. An internet ad offered seats in the arc for $2,600 to $5,000.

In cities, bars and nightclubs are getting ready for the approaching Doomsday in their own way, announcing theme parties and inventing special cocktails like “Total Recall,” an extremely alcoholic drink that makes you “recall your entire life.”

But some officials have responded ironically to deal with the situation arising from the Doomsday fears. "The end of the world has already started in some regions. There is not so much as a minute of daylight in Murmansk or Norilsk!" the Moscow meteorological service head Roman Vilfand said.

“In these Russian cities to the north of the polar circle, the absence of daylight is normal at this time of the winter as the solstice approaches."The end of the world should be over in Norilsk on January 11, by our calculations, when there is light again," Vilfand quipped.

Earlier this month, Russian media reported unusual behaviour of the people already in the grip of fears of Doomsday across the country.

On December 1, inmates of a women’s prison near the Chinese border were said to have experienced so intense a “collective mass psychosis” that their wardens had to summon a priest to calm them.

In a bizarre incident, on December 6, a cat in Novokuznetsk, western Siberia, was killed by schizophrenic-twins looking to claim its nine lives to survive the Doomsday, the local police said. The 43-year-old twin brothers tortured the cat to death in hopes of somehow claiming two of its lives for themselves, the report said. They expected the animal to come back to life after its first death, but it never happened.

The cat killers, whose names were not disclosed, went on a rampage because they believed themselves “aliens” whose spaceship departed the Earth to escape the end of the world on December 21, but left them stranded.

Earlier, a 14-year-old girl from the Volga Republic of Mari El hanged herself over fears that the world would end on Doomsday. A 19-year-old man in the city of Dolgoprudny outside Moscow became so confused that he beat and seriously injured four people with a barbell. A three-year-old child was reported to be in a coma.

The Doomsday frenzy has taken hold of the people in Russia to such an extent that the Russian Emergency Situations Minister Vladimir Puchkov had to issue a statement published in the government-controlled daily newspaper Rossiyskaya Gazeta on November 30.

Puchkov said he had access to “methods of monitoring what is occurring on the planet Earth,” and that he could say with confidence that the world was not going to end on December 21.

Russia`s Chief Medical Officer Gennady Onishchenko slammed the TV stations publicizing the apocalypse, warning that they would end up in court. “This directly influences people`s health. When they depress you and say that everything is going to end, there are many people, who believe this,” Onishchenko said.

“The end of the world will come of course, and this could happen at any moment,” the influential clergy of the Russian Orthodox Church, Vsevolod Chaplin said, assuring the faithful that December 21 was definitely not the day, when the world will come to an end.

However, despite the denials by the government officials and Church, hardly a day passes without fresh media reports about strange incidents connected with the Doomsday.

These incidents also forced the Russian parliament to urge state TV stations to show “greater responsibility” in dealing with people’s fears, stressing that con artists and self-appointed seers would abuse the situation to defraud the gullible.

“You get the sense that the end of the world is a commercial project,” Mikhail Degtyaryov told the Russian newspaper Izvestia. “Just look at how many swindlers are trying to make money on this affair, starting from the pseudo-magicians, ending with people selling groceries and other rations.”

So far as the Russian scientists are concerned, they do not expect the end of the world on December 21, as predicted by the Mayan calendar, although, according to them, increased solar activity may harm satellites and endanger astronauts.

“The solar exposure on near-Earth space will increase, causing disturbances in the atmosphere, which will break space apparatus,” Academician Vladimir Kuznetsov, a doctor of physical and mathematical sciences said. Kuznetsov works for the Institute of Earth magnetism, Ionosphere and Radio waves of the Russian Academy of Sciences. “Enhanced radiation could also endanger cosmonauts,” he said.