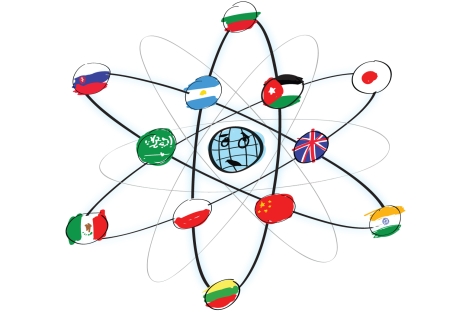 Growing global demand for energy creates not only political and economic challenges, but also environmental ones.

The International Energy Agency (IEA) says the demand of energy will increase more than 33% by 2035. According to the IEA, following the German decision to quit the nuclear industry within 2020, by 2030, electricity cost in Europe will be 1,5 times higher than in the US. Saudi Arabia, the world’s chief petrol producer, will build two nuclear power plants in the near future.

These hard facts spawn new questions regarding the future of energy and choosing the energy of the future. Renewable? Fossil? Schist gas? Nuclear? Others? When facing a marked increase in the demand, it appears clearly that the future of energy goes not only through an energy mix, but also a solution able to give the right answers to the environment (basic pollution, CO2 emissions and the consequences of global warming) and safety.

From oil & gas to nuclear energy, it’s time to scale up

In fact, if solar and wind energy become more and more part of the energy mix, the IEA underlines that this might significantly influence the energy mix within 20 years. As a result, traditional energy and schist gas will remain or become the base – despite some accidents with high pollution rate, such as in Mexico recently – of the energy mix: we can only wonder whether the nuclear industry has a future after Fukushima.

Let’s try to consider the future of nuclear industry. In fact, the March 2011 Fukushima radiation disaster revived legitimate security sensitivity on the nuclear industry and the potential risks, but it could be useful to stress that all analyses of the Fukushima incident point to an error in the chain of command, to a human mistake and to an underestimation of the tsunami risk by the operator and not to a technical nuclear power plant problem. But let’s be frank: these conclusions do not justify any underestimation of the risks linked to the nuclear industry.

In fact, an accident at a nuclear power plant – no matter who is the operator – affects the nuclear industry worldwide and that is the reason why the argument according to which nuclear energy is eco-friendly – no CO2 emissions – is not enough today to justify nuclear energy development. It is important to face the concerns of the population and that’s why, all nuclear countries and mainly Europe and Russia, promoted stress tests to all their plants after Fukushima – Russia also extended its stress tests to terrorism conditions.

The conclusions were published and all operators had to invest millions to complete security rules. At this stage, it could also be useful to think about a specific global authority able to deal with security and safety issues, with strong parameters and real attention to the population. Parameters of safety are in constant evolution.

In fact, the real challenge for nuclear industry lies in winning the game of public perception. Clashes between governments can lead to total misunderstanding by the people. For example, take the situation in Lithuania where on one side the government wanted to promote its nuclear power plants and on the other hand was accusing neighbours of building unsafe power plants. As a result, the referen dum organised recently said a sharp ‘NO’ to nuclear energy. No one knows what will happen with Bulgaria where the confusion on this topic is high and its government appears a prisoner of pressure from the US.

Rosatom, which signed a deal, a few years ago for building Belene plant, was stopped and is now asking for the compensation. In fact, Bulgaria appears to be a “complex country” for foreign investments and Rosatom is not the first international company facing this policy flip-flop in Bulgaria.

A paradox already exists. We were mentioning the debate following Fukushima, the increasing scepticism about atomic energy, but in fact, we can also list countries, which have chosen to promote nuclear energy anyway: not only Great Britain, Poland, Czech republic, Slovakia, but also India, Turkey, China, South Africa, Argentina, Saudi Arabia, Jordan and some African countries. Rosatom is, for example, following 38 new projects. Besides, the role of nuclear energy in Russia will increase from 16 to 25% in the next 20 years. In the Czech project Temelin, for example, there is a key strategic challenge – supported by its population - for the country and like in most of the scenarios, the competition is strong between the French Areva, the American Westinghouse and the Russian-Czech alliance Skoda- Rosatom.

Regardless of which way the de- bate pans out, one thing is for sure: Fukushima declared the end of low-cost nuclear energy, and reinforced the policy of safety and security levels for different players, but it is probably not enough and worldwide nuclear safety and security authorities seem to be necessary and should not be limited to an area as France is trying to promote on a European scale: it is not enough!

Energy security is a challenge not limited to the “old world”, but one which is changing the dynamics of the new world and all the countries, which are looking for internal growth. All sources of energy will have to be used to ensure comprehensive national growth. The involvement of traditional fossil energy producers in new energy resources such as nuclear and renewable demonstrate how different sources of energy are complementary and not an alternative between themselves. It’s time for the world to get the energy mix right.