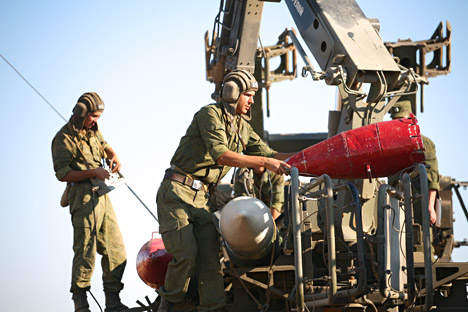 The Russian Government needs to play a pro-active role to get the India-Russia relationship back to the level of the 1970s.

In the first decade of the 21st century, Indo-Russian relations were put back on strategic track. However, experts still have a sense of “unfinished business,” as they look bilateral relations that were at a peak in the 1970s and 80s. In spite of major efforts, bilateral economic ties remain insignificant with annual trade at around $10 billion - not even comparable with the level of trade in goods, services, and knowledge that India enjoys with the US and China.

The Indo-Russian trade relationship obviously lacks positive inertia. How can the situation be changed?

Initially, relations between the USSR/Russia and India were built on a geopolitical alliance, while foreign economic ties evolved on the side. It is important to maintain the geopolitical nature of the relationship with India. The Russian state needs to regain strategic control over export flows to India and develop a clear strategy to advance Indo-Russian foreign economic relations.

Obvious potential for trade and economic ties lies in the state-sponsored activation of traditional forms of cooperation, such as the modernisation of Soviet-built plants in India. Our foreign economic relationship clearly requires more substantial diversification, with particular emphasis on industries that lead to scientific and technical progress.

India is interested in obtaining modernisation technologies: that is the basic developmental trend across the modern sector of the Indian economy. The introduction of breakthrough technologies in India is considered in a broader political and economic context as a means to boost not only the hi-tech industry, but the entire cluster of scientific, technical and productive forces. Russia should also follow the logic of “pinpoint action” in relation to India, especially in those areas where it retains a competitive edge, such as nuclear energy, space, engineering, and advanced weaponry.

The price-quality ratio of Russian nuclear technology ensures a high degree of competitiveness in comparison with our traditional rivals such as France, the U.S. and Canada.

Looking further ahead, India could be offered pilot projects in industry and knowledge-based fields, such as pharmaceuticals, civil aviation, agricultural science, and agribusiness.

Cooperation with India in the agricultural sector will set the tone for further achievements in Indian agriculture, already recognised globally as outstanding. In addition, increased contact in the agrarian sector will help Russia address the nascent issue of cooperation between Russian and Indian regions. A pilot project between the breadbaskets of our two countries — Russia’s Stavropol and Krasnodar regions and India’s Punjab and Haryana states — looks promising. These two territorially small states, whose economic activity is 30 percent more efficient than the Midwest region of the United States, account for a significant amount of India’s grain production.

India has long been interested in Russia’s advanced technology in areas such as ground and air transportation systems. Furthermore, India is ready to get involved in the commercialisation of some of Russia’s technological developments created in the natural, exact, and technical sciences.

A powerful stimulator of bilateral ties would be to free up transport links between Russia and India. That is primarily a question of unfreezing the North-South International Transport Corridor, the heart which has always been Iran. Therefore, the development of Indo-Russian foreign economic relations requires a trilateral format for top-level political decision-making in India, Russia, and Iran.

Engagement with Iran for that purpose could trigger a renewal of the forgotten Moscow-Tehran-Delhi and Moscow-Baghdad-Delhi economic triangles, as well as the potential establishment of a more complex geometrical shape between Moscow, Delhi, and an economic union of Shiite states: Iraq, Iran, Syria and Lebanon.

In the defence sector, non-economic factors are on the rise. India’s leaders (like Russia’s) are trying to stimulate the creation and development of original national ideas and solutions in the field of military hardware.

India is interested in creating a modern scientific and technical missile defence system. In turn, Russia’s defence industry is looking to collaborate with Indian colleagues, since such cooperation in the past has prompted original technical solutions to the most complex problems, and not just in the field of rocketry.

For both partners, it is important that the other is able to provide not only new and futuristic platforms, but also forward-looking ideas and concepts that could be incorporated into each country’s defence industry. In connection with the possible extension of a tender for the purchase of 126 multirole combat aircraft,Russia could reactivate the joint development and production of a fifth-generation light fighter, given the groundwork already done in the field of strategic aviation. Russia welcomes the fact that the tender could be an election topic when Indians go the polls in 2014.