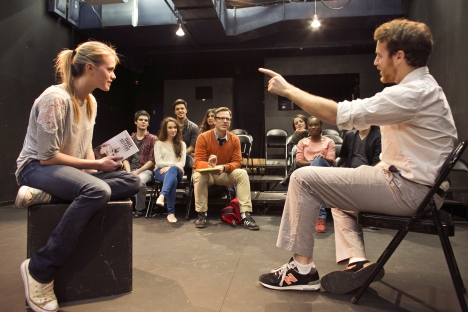 Konstantin Stanislavsky and his Method may have been unknown in the U.S. without the work of Stella Adler, who died 20 years ago.

Stella Adler, a grand dame of 20th century American theater, traveled to Paris in 1934 to meet Konstantin Stanislavsky. Their meeting helped transform the way acting was taught in the United States. Adler, who died 20 years ago on Dec. 21, popularized the Stanislavsky Method, a system of teaching drawing on an actor’s own experiences and emotions. For more than half a century, it was the well from which all great American actors drank.

Said Tom Oppenheim, Adler’s grandson and the artistic director and president of the Stella Adler Studio: “She was awesome. Inspiring. Scary. She never wanted to be called grandma; we called her Stella. So she wasn’t a typical grandmother. She loved her family and was the center of it, without question.” Oppenheim said that he watched Adler teach, and her script interpretation class was so popular that 300 people once gathered in a New York synagogue to see her. 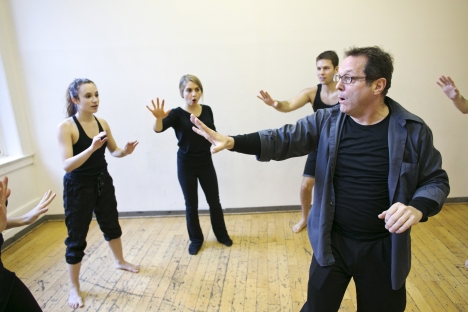 Today, the Stella Adler Studio of Acting takes up two stories in a building on the outer edge of New York’s Flatiron District. Since its founding in 1949, the school has changed locations several times, but now has 20,000 square feet of space and about 400 full-time students; many more study part-time. Among the Studio’s alumni are Marlon Brando, Robert De Niro, Benicio Del Toro, Salma Hayek, Harvey Keitel, Mark Ruffalo, Susan Sarandon and Martin Sheen.

Born into the family of Russian-Jewish immigrant Jacob Adler, one of the founders of professional Yiddish theater, Stella Adler began her career in acting when she was four years old in a production of “Broken Hearts.” She had appeared in more than 100 plays by the time she joined The Group Theatre of Lee Strasberg, Harold Clurman and Cheryl Crawford as a founding member in 1931.

Studying the Method with Konstantin Stanislavsky in Paris changed her life, according to her grandson. “My sense is that before that she was skeptical of the idea that your personal past is the primary source for your work,” Oppenhiem said. “That was someting that felt wrong to her; it felt limiting and inhibiting. Yet she kept going and wanted to study from the primary source. That’s who she essentially was.”

Five weeks with Stanislavsky gave Adler a dramatically fresh perspective on the Method. When she came back to The Group Theatre, she started teaching it with new understanding. 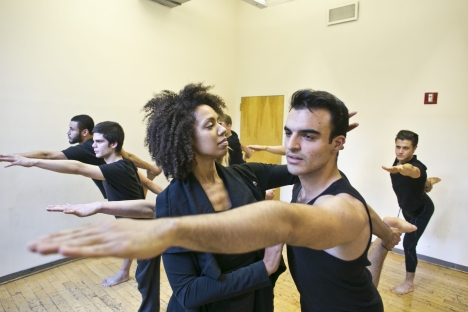 Alex Purcell, a second-year student at the Studio said: “Her method is usually compared to the Strasberg technique. The difference is whether you are working from your imagination — that’s Adler technique — or your memories, which is Strasberg’s.”

According to Ron Burrus, a Stella Adler Studio teacher and one of her former students, “the whole point is the movement of the action inside of the actor before he speaks.”

Former Adler student Anthony Zerbe said: “The Method is a generic term that doesn’t mean anything; everybody plays it their own way. Stella was certainly someone who defined that time and inspired it. She brought the idea that a person on stage is actually a human being. And that had never happened before in the theater.” 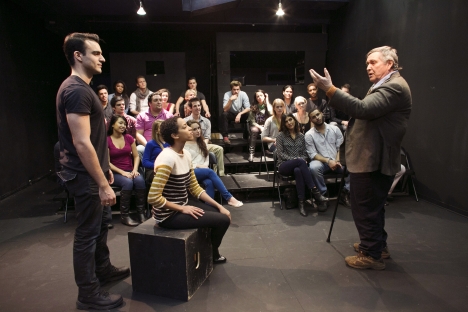 She didn’t like students to take notes, but insight into her teaching can be found in a new book entitled “Stella Adler on America’s Master Playwrights,” the second of a two-volume set compiled by Barry Paris from Adler’s lectures, which was released in August.

After Oppenheim took over in 1994, his main concern was keeping the Studio a living expression of Adler, so the whole thing “wouldn’t become a wax museum devoted to her memory.” To him, the essence of her work was the idea that actor and human being are synonymous.

The mission of the studio is to create an environment that values humanity first, bringing art and education to the community. The Studio’s outreach division gives at-risk youth an opportunity to study acting for free, and the chance for a few talented students to earn a scholarship to the studio. To Oppenheim, that is a way of commemorating not only Stella but also her father, Jacob, and the whole Yiddish theater tradition.

“In a sense, it comes out of the same impulse Stella had when she reached out to Stanislavsky,” he said. “Just a feeling that we have much to teach and much to learn. Maybe more to learn than teach.”