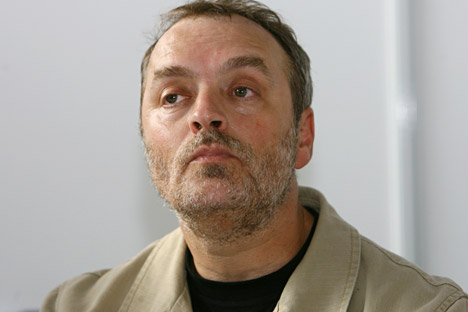 Igor Sakhnovsky’s novel is a subtle, but powerful account of growing up in provincial Soviet Russia.

For a book dedicated to the narrator’s dead grandmother, “The Vital Needs of the Dead” is surprisingly sexy. Gosha Sidelnikov’s earliest memory of Rosa is “naked and nocturnal” and she remains an active figure in his life long after her death. Sidelnikov is often relatively passive in his later relationships, with mercurial Lora, seductive Nadia, or voluptuous Valentina; sex is often described in terms of being embraced, engulfed or “dragged in.”

He compares himself to “a sports apparatus that came in handy for a breathtaking gymnastic exercise.” Women interact with him, while he is “led along by apathetic curiosity.” During a naked swimming scene, towards the end of the novel, Sidelnikov’s wish to surrender to the river’s current symbolizes his lack of volition.

“Somehow you seem a bit Proustian,” says Nadia; it is precisely the narrator’s passivity that makes him an admirable chronicler of history, an observer of lost time. The introspection of childhood and adolescence is backlit by the upheavals taking place in late twentieth century Russia.

As a student, he carries a samizdat copy of Solzhenitsyn and laughs at the inverted Soviet value system, which tries to insist that Maxim Gorky’s clunky socialist realism is superior to the uncompromising prose of Ivan Bunin. There are flashes of Bunin’s sensory brilliance in Sakhnovsky’s observations, in his detailed and unswerving physicality or in his lyrical animation of the external world.

“The Vital Needs of the Dead” was first published at the end of the 1990s, but its picture of a dying regime and of post-Soviet materialism is still resonant. Sidelnikov’s provincial hometown in the Urals barely notices the change of political system, but some locals (known as “the bandeets”) have suddenly grown “fantastically, stunningly rich.”

Sakhnovsky is equally compelling describing the loneliness of childhood and the frustrations of early adulthood. The young Sidelnikov’s comic first attempts at literature balance the casual brutality of his failed suicide attempt, “hugging the toilet bowl in spasms of uncontrollable vomiting.”

Trains and railway stations are recurrent images in the novel, the means of escape or the symbol of life outside. Sidelnikov sees life as divided into two opposite elements: “the choice between stations and trains.” Travel is both a necessity (to the college, the communal farm, the family) and an impossible dream into lands whose names the narrator knows only from poetry. Lora reminds him that he saw the hero’s return to Ithaca as the most important thing in Homer’s “Odyssey.”

“He might have left with the only purpose to come back. Shall I be your Ithaca?” she asks, joking.

In the end, Rosa is the person Sidelnikov always returns to and dreams of, even though she is dead for most of the book. As he lies looking up at the September sky, he imagines her also lying on her back, but above her is “two meters of clay and a board covered with red sateen.” Her corpse at the funeral “seemed more alive and warm than Sidelnikov’s father” and her posthumous life in her grandson’s consciousness is less a haunting than a fusion.

On the opening page the narrator says he finds it hard to “speak about her in the third person”; on the last page, he switches to the first person. Her vital needs turn out to be his needs and her desire to “overcome the space and time of that huge country” is his final ambition. The chronicle of Sidelnikov’s memories of “this woman” is his own autobiography.