IBSA steals a march on BRICS 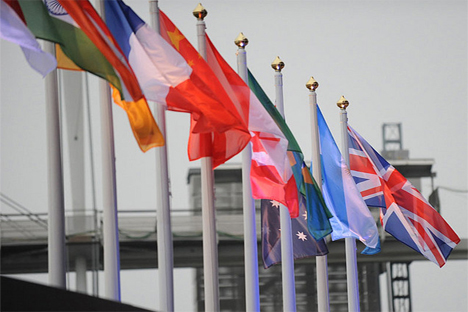 The IBSA, unlike the BRICS, connects time past and time present with time future.

It almost leaps out of the fable of the tortoise outstripping the hare. The IBSA grouping (which brings together India, Brazil and South Africa as three large developing countries in three different continents that share very many similarities, concerns and aspirations) resembles a tortoise – unassuming, low-profile and lost in thoughts.

The contrast with the BRICS grouping – Brazil, Russia, India, China and South Africa – couldn’t be sharper. The BRICS is flamboyant, exudes dynamism, and is raring to go with a manifest sense of destiny to carve out a place in the sun.

However, on one burning international issue at least, the IBSA tortoise has outstripped the BRICS – Palestinian problem. Of course, this is an issue that is felt in the blood and felt along the heart by the developing countries such as India, South Africa and Brazil, which have gone through the tragedy of colonialism. The IBSA, therefore, connects time past and time present with time future. This is unlike BRICS, which is about erecting a bridge toward an alluring future from the emerging present, while the past is irrelevant.

This is the second time IBSA has stood up in the as many months to speak up on the Palestinian problem. This second IBSA statement issued in New York on Wednesday signifies a position that entirely harmonises the core issue of the Palestinian struggle. It is highly critical of Israel. The statement expresses “grave concern” over the Israeli settlement policy; “condemns” the recent Israeli plans on more construction and calls them “illegal” and a “major obstacle” to peace efforts.

The best part of the IBSA statement is that it challenges the monopoly over the peace efforts by a clutch of countries and seeks a pivotal role – “an essential and irreplaceable role” – for the United Nations Security Council. In essence, it seeks a democratisation of the search for conflict resolution in Palestine.

Indeed, from the Indian viewpoint, IBSA cannot be a substitute for BRICS. However, there are growing signs that India sees the IBSA forum as the most comfortable – and, arguably, most homogenous – format for it today to work on the shared concerns of the developing countries.

Can IBSA become a “ginger group” similar to the get-together of India, Indonesia and Egypt that eventually blossomed into the non-aligned movement? Time will tell. After all, as Lao Tzu noted some 2500 years ago, the journey of a thousand miles begins with a single step. The IBSA statement is here.