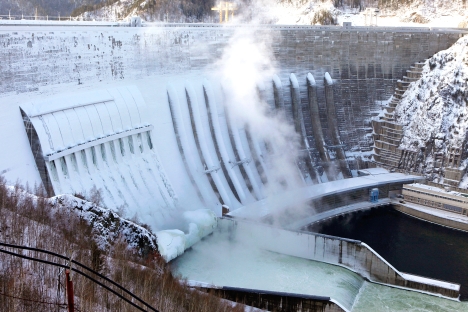 Why is Russia lagging behind in renewable energy and why are Russian scientists failing to come up with relevant innovations?

Analysts agree the time is not that far off when we will finally run out of oil and gas reserves. It is therefore imperative for scientists to seek and develop new sources of energy that are capable of making up for this inevitable deficit. The race for renewable energy that is currently in full swing may, at any moment, become the turning point in the energy shortage issue.

Nevertheless, Russian scientists have provided no input into any of the recent green energy achievements, except for the ITER international nuclear fusion project that is being carried out in association with Russian researchers.

In 2009, the Russian government approved a plan to increase the share of renewable energy in overall energy consumption up from its current 0.8 percent to 4.5 percent by 2020.

By comparison, European energy strategies envision an increase in the share of “green” energy up to at least 20 percent; some European nations will pursue plans to attain a 50-60 percent share. However, Russia is unlikely to be able to meet even this modest renewable energy target.

In early December, the RusHydro hydroelectricity company reported that the share of renewable energy sources in the country’s energy balance would not exceed 4 percent by 2020.

Other Russian renewable energy projects were discussed in mid-November, at a special roundtable session in Moscow. Fortum presented some of its large-scale projects, including the project to create power plants that run on household waste (although, technically, they cannot be considered renewable energy sources), as well as woodchips and olive pits.

Fortum representatives insist that Russia has enormous potential for developing these solutions; the country accumulates some 40 million tons of household waste annually, of which 90 percent is taken to dumps, 3 percent is burned and only 7 percent is processed.

According to Fortum spokesman Sergei Chizhov, one of the obstacles to the advancement of such technologies is the underdeveloped regulatory framework in this sector – especially the lack of a “green tariff.” Such tariffs would involve special waste treatment subsidies that would form an economic mechanism and make the renewable energy sector more appealing to investors.

Overall, Russia is catastrophically short of its own innovation in renewable energy.

“This is the result of the country not having a renewable energy market,” says Georgy Gogolev, head of the Russian Venture Company program for attracting demand for innovative solutions.

“Innovation emerges as long as there is a market, as long as new solutions can be marketed," Gogolev said. "There is no market in Russia because there is no law on renewable energy; and we have no subsidies, unlike other countries. There is no unsubsidized energy industry."

We regulate rates and subsidize (in one form or another) oil, coal, natural gas, nuclear power and transportation; and we have cross-subsidies for the utility sector. That’s what Russia has," he said.

"However, it is rare even for developed nations to not subsidize the energy industry, because energy is an essential part of the infrastructure,” Gogolev added. “Another problem is that we can’t offer smaller producers access to the power grid. Germany has passed a law that forces distributing networks to provide access even to offshore wind plants; but in Russia, even if you build a wind or solar power plant next to a distribution station, you will never be able to get connected.”

Gogolev believes that a political decision must be made to change the situation.

“If the politicians want to make it happen, then changes will be introduced within the next few years.” The U.S., China, Germany and India – the world’s leading consumers of renewable energy – are superb examples of states that have mustered political will in this area."

“But Russia doesn’t play these ‘games,’” says Gogolev. “We have no competencies, no solutions and no one is really interested. There were two attempts to make laws on renewable energy, but both failed. After the latest bill was rejected, some of its provisions were introduced as amendments to the Law on Electricity in November 2008."

"Although there is no separate law on renewable energy, the Russian government is now entitled to introduce a scheme to subsidize renewable energy projects," he said. "The government is working on such a scheme now, but the question is whether it will be operational, how it will work and whether generating companies will have access to distribution networks … This would call for serious changes in the energy market as a whole.”