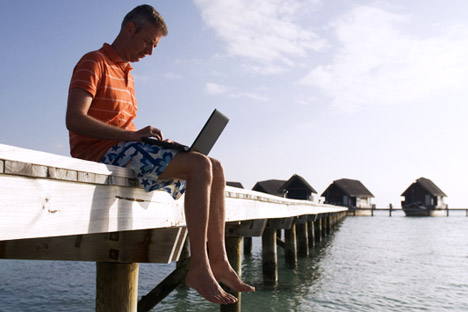 Among the most exotic orders from Russia to lifestyle managers in 2012 were a request to find two geishas and a translator in the Japanese city of Kyoto, as well as to help with the purchase of a €10mn villa in the Cote d’-Azur.

In crisis they say, the rich get richer, and in 2012 Russia’s rich increased spending on the most bewildering of things. Delivering a live penguin to Monaco or finding a $500,000 present were among the unusual challenges for concierge services.

An order to deliver a woodpecker or 10 cheeseburgers to a circus, as well as some less sophisticated whims created some tough jobs for Russia’s concierge services, or so-called “lifestyle managers,” such as Quintessentially Group, Vertu Concierge and PrimeConcept/PRIME, according to Kommersant daily.

In 2012, the number of orders not just came back to “pre-crisis levels of 2008, but went significantly beyond that,” said PrimeConcept. The number of orders grew by an average of 10-20 percent in 2012, according to Quintessentially.

Organising trips was the most popular order for concierge services in Russia, with booking a hotel room and reserving a table in a restaurant coming next on the list. In numbers, PrimeConcept’s clients ordered 4,100 trips in 2012, with another 2,200 table reservations at restaurants. Renting an aircraft, or a limousine, or a night club wouldn’t seem to be something completely out of the box today.

Making the most unthinkable things come true is at the upper end of the concierge services’ job, with some more down to Earth, but still difficult to organise things being among their daily “routine.” “They [concierge services] can provide a massage therapist or a hairdresser at any time of a day and in any place on Earth. Or, for example, everybody knows that hiring a taxi in France is a headache… And Prime always finds good cars, adequate drivers, so one can forget about the problem,” says Mark Garber, a managing partner at Fleming Family & Partners.

As for the favourite destinations for Russian moneybags, Italy and France became the absolute leaders. Switzerland and the UK were also popular, but some more secluded places in Europe, as well as the US have been gaining popularity during 2012.

Among the most exotic orders of 2012 were a request to find two geishas and a translator in the Japanese city of Kyoto, as well as to help with the purchase of a €10 million villa in the Cote d’-Azur, Quintessentially said.

Also, Russia’s wealthy have been increasingly turning to arts, the agency added. Quintessentially have already organized trips to such art fairs as Frieze London and other huge scale auctions

Concierge services “are gradually ceasing to be perceived as a service for the wealthy and is moving to the category of everyday needs,” Kseniya Mezentseva, President at PrimeConcept, concluded.