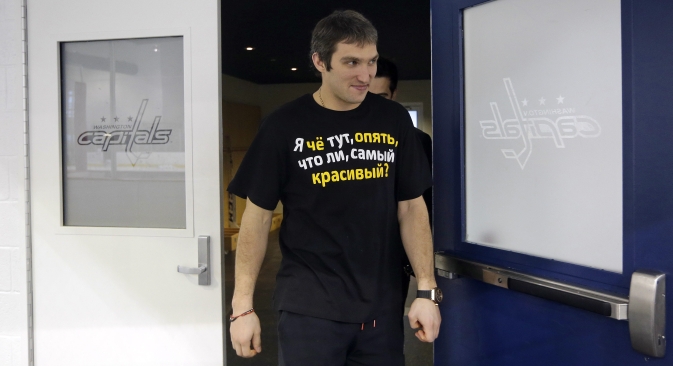 Now that the lockout is over, the country’s best hockey players are headed back across the ocean.

Russia's NHL stars are packing their bags. The NHL lockout is over, and they are heading back to finish the season in North America. Meanwhile, Russian coaches say that without the NHL contingent, Russia’s national team will struggle at the 2013 World Championship.

The NHL lockout lasted for 113 days. The spat between players and club owners resulted in the cancelation of 625 out of 1230 games – just over 50 percent of the season.

According to the agreement, Future NHL revenue will be split 50-50 between owners and players. The players will receive a further $300 million to compensate for losses from the transition to the new system. This is a compromise on the part of the Players’ Association, which in July 2012 demanded 57 percent of revenues from the NHL.

Russian agent Yury Nikolaev believes that both sides are satisfied with the deal.

"This system of income distribution was the NHL's last offer, and the season depended on it. As for the new salary cap, many players will, of course, lose wages, but the payouts in the first few seasons can compensate for that.”

The lockout has cost the players around $820 million in total. On average, every canceled game was worth about $1.5 million to them. The Russian stars who lost out most include Ilya Kovalchuk, Evgeny Malkin, and Alexander Ovechkin. Malkin and Ovechkin will see a shortfall of $4.15 million from a potential $9 million, while Kovalchuk will be short $5 million out of $11 million.

Malkin was disappointed at the news: "I really wanted to help my home club [Metallurg] win the KHL," he said. "I'm sorry to leave the team in mid-season, but that's the way it is. I have to go to Pittsburgh.  I played all right in Russia and hope that my fellow Russians in Magnitogorsk were happy with my performances. I'm flying back to the States shortly to prepare for the Penguins' first game.”

Alexander Ovechkin, the main strike force of Moscow's Dynamo and the Washington Capitals, was less sentimental.

"I had a great time at Dynamo, but my home is in Washington. I'm glad to be going back to the NHL's packed stadiums and top-quality hockey. I hope my mates at Dynamo win the Gagarin Cup.”

Sergei Fedorov, a three-time world champion, three-time Stanley Cup winner, and now head coach of CSKA Moscow, who has endured three NHL lockouts, was disappointed, but took the news in stride: “I will not hide the fact that it is not the best news, but we were ready and had plans to deal with the resumption of the NHL season,” Fedorov said.

"We are waiting for instructions from the KHL about what to do next," he added. 'Of course, we hoped the NHL season would be scrapped, as was the case in 2004. Ilya Bryzgalov, Pavel Datsyuk, and Mikhail Grabovsky provided CSKA with powerful reinforcements, but no one is irreplaceable. We will seek backup from our own resources.”

The departure of Russia's overseas stars forces the hand of Zinetula Bilyaletdinov, head coach of the national team, who now has to rely on players from the KHL. No NHL player will wear Russia's colors at the 2013 World Championship. Former national team head coach Vladimir Plyushchev thinks that as a result, Russia's chances of reclaiming the title have been severely weakened.

"Without the NHLers, it will be very difficult to lift the trophy," he said. "Last year, our North American stars made a very significant contribution.”

However, Plyushchev welcomes NHL lockouts as an opportunity to develop the KHL.

"The NHLers contributed a lot to the development of hockey in the CIS," he said. "Fans returned to their seats, and I hope they don't desert the clubs when the stars leave.”

Nevertheless, Plyuschev added that the current players in the KHL will have a hard time meeting the standards set by their compatriots from the NHL. This season, 31 percent of Metallurg's goals, 23 percent of Dynamo’s and 22 percent of SKA’s were scored by players who arrived as a result of the lockout.