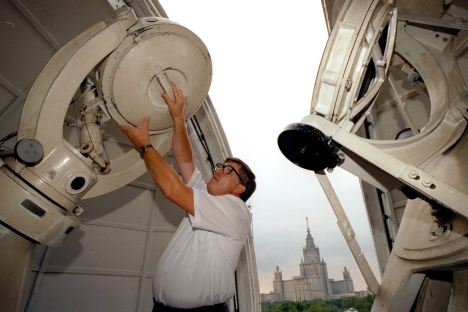 Disagreements over the Baikonur Cosmodrome between Russia and Kazakhstan, have assumed an official status.

As it became known, on the eve of the New Year holidays Moscow sent a note to Astana. The Russian government demanded an explanation of the recent statements of the head of Kazcosmos, Talgat Musabayev. From Russia's point of view, his statements were “unduly harsh and outside his competence.”

Back in 2008, Musabayev advocated a review of the current legal framework, according to which Russia leases Baikonur. At that time, he declared that he would try to reduce the launches of the Russian Proton carrier rockets from Baikonur. And in December 2012, when speaking in the Parliament, the head of Kazcosmos announced new plans, which deny Russia’s rights to the Baikonur Cosmodrome. However, Kazakhstan's Foreign Ministry immediately announced that implementation of such plans would be “naive and unreasonable” and that Musabayev’s words were perverted by journalists.

Few people were impressed by the MFA’s excuses: as it was already said, it was not today that frictions began and this story has gone on for many years already. Russia once had to reconsider the agreement with Kazakhstan on the lease of Baikonur. As a result, the new agreement is set to expire in 2050, and Astana annually receives $115 million from Moscow. However, periodically appearing “slight misunderstandings,” like launches suddenly postponed on account of some obscure reasons, forced the parties to set up an intergovernmental Commission on the Baikonur complex that was headed by the first Vice-Premier of the Russian government, Igor Shuvalov. It was his office that had to send the note to Astana concerning Musabaev’s statements.

The first question that arises in connection with the present situation around the cosmodrome is: What does Astana actually seek? It is clear that Kazakhstan cannot manage Baikonur all by itself, according to Valery Khomyakov, Director of the Council for National Strategy.

“It is completely unreasonable for Kazakhstan to operate the Baikonur cosmodrome alone,” Khomyakov says. “Highly skilled specialists are needed for this, and not only communications operators, service attendants and engineers. This is a daunting task. Kazakhstan does not have such specialists. They can only do a part of the work.”

However, Kazakhstan does not want Roscosmos to discontinue its use of the Baikonur Cosmodrome. There is another goal of all these demarches, Andrey Grozin, expert of the Institute of the CIS countries. “Kazakhstan is interested in the development of Baikonur’s right wing - the Zenit launch pads. It wants to own them irrevocably in order to make money not only on the lease, but also on some launches together with Europeans, Ukrainians and with Russian companies as well.”

The above-mentioned project was originally planned for launches of the environmentally friendly Zenit rocket carriers and the Angara rocket. With its help, Astana sought to maintain the monopoly on space transit and leave Russia on its own.

However, according to the majority of experts, Kazakhstan’s behaviour will lead to quite the opposite effect – it will make Moscow speed up the building of alternative spaceports. This task has already been reflected in the Russian state space programme up to 2020, approved by Prime Minister Dmitry Medvedev in late December. Its main tasks are the construction of the Vostochny spaceport in Russian territory and modernisation of the Plesetsk cosmodrome. As for Baikonur, experts are sure that Moscow and Astana will settle the disagreements in the near future.