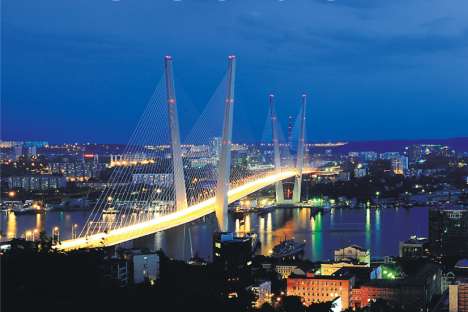 Despite continued global economic uncertainty and downside risk, APEC member economies are sticking to a familiar growth and development path.

When APEC Leaders gathered in Bogor, Indonesia in 1994, they committed to achieving free and open trade and investment for industrialized and developing economies by 2020. In particular, members agreed to further reduce trade and investment barriers, and champion the free flow of goods, services and capital.

These objectives, known as the "Bogor Goals," continue to guide APEC’s non-binding, consensus-based agenda. They reflect a shared belief that free and open trade and investment is essential to realizing the region’s growth potential and enhancing economic and social outcomes for all 21 APEC members.

In 2013, Indonesia will once again assume the role of APEC host and, in that capacity, has identified sustaining momentum towards the Bogor Goals as a priority for the year.

The progress member economies have made thus far is encouraging—propelled by the APEC Committee on Trade and Investment (CTI) as the coordinating body for members’ work to liberalize and facilitate trade and investment.

APEC economies’ total trade increased 6.4 times to US$19.7 trillion between APEC’s founding in 1989 and 2011. Trade for the rest of the world grew only 5.8 times over this same period.

These trade ties are spurred by APEC economies’ increasing integration, falling tariffs and firm resistance to protectionism. Average tariffs in the region were reduced from about 17 percent in 1989 to 5.7 percent in 2011. By comparison, the tariff average for the rest of the world was 10.3 percent in 2011. In addition, growth in FDI flows to and from APEC economies in 2011 significantly outpaced the rest of the world.

Members are taking steps to further liberalize trade. In September 2012 in Vladivostok, Russia, APEC Leaders agreed to reduce their applied tariffs on 54 environmental goods to five percent or less by the end of 2015. APEC exports and imports of goods on this list, which CTI advanced in a single year of trade policy discussions and technical exchanges, is over US$600 billion.

APEC Leaders have also pledged to refrain from raising new barriers to investment or trade in goods and services, imposing new export restrictions, or implementing World Trade Organization-inconsistent measures through to the end of 2015.

In the process, APEC economies are prompting the reduction and elimination of non-tariff barriers.

Guided by APEC’s Second Trade Facilitation Action Plan, members reached their target of reducing trade transaction costs by five percent across the region between 2007 and 2010. This saved businesses time and, critically, a total of US$58.7 billion in costs—opening the door to lower prices for consumers.

Projects and workshops administered by CTI and the sub-groups and industry dialogues it oversees are now focused on addressing eight priority supply chain chokepoints such as customs inefficiencies, inadequate transport networks and infrastructure, and regulatory impediments. Strengthening regional providers’ logistics performance through training and networking is one example of work currently underway.

Members are targeting a ten percent improvement in supply chain performance by 2015, in terms of reducing the time, cost and uncertainty of moving goods and services through the region.

Meanwhile, efforts by APEC economies to make doing business in the region easier, cheaper and faster, in coordination with the private sector, are gaining ground.

Between 2009 and 2011, members improved the ease of doing business in the Asia-Pacific by 8.2 percent based on work in five priority areas—with CTI’s attention centered on “trading across borders.”

APEC’s performance was evaluated based on the World Bank’s Doing Business data set. And it exceeded the APEC Ease of Doing Business Action Plan’s five percent target for the period, keeping members on course to realize a 25 percent improvement by 2015.

APEC economies are also helping each other to improve the quality of regulation-making. Capacity-building to ensure good regulatory practices - such as prior consultation with stakeholders and assessment of the impact of regulations before they are adopted - is a high priority. Economies will be taking stock of progress in this work in 2013.

Consistent with the progress of APEC initiatives to liberalize and facilitate trade and investment, a 2012 APEC Policy Support Unit assessment of self-reported member actions confirmed that the region is moving closer to achieving the Bogor Goals. But it emphasized that further work is needed in particular areas.

Tariffs, non-tariff measures, services, investment, standards and conformance, and transparency were among the reported areas – in accordance with the Bogor Goals roadmap and general principles agreed to by APEC Leaders in the 1995 Osaka Action Plan.

While members’ trade liberalization efforts, particularly industrial tariff reductions, are headed in the right direction, progress has so far been uneven across sectors. For example, agricultural tariffs are higher than those for manufacturing.

More work is also needed on behind-the-border barriers, including non-tariff measures, as well as trade and investment facilitation, and structural reform to collectively optimize the region’s business conditions.

APEC Ministers have called for a specific examination of the trade impact of local content requirements in 2013. This will complement work underway to share national experiences and identify best practices in service trade and investment regulation aimed at encouraging unilateral reform. Close engagement with business is an important component of this work.

Peer reviews of APEC economies’ “individual action plans” will continue to monitor progress on these fronts and offer constructive feedback. A “dashboard” of key tracking indicators, developed within CTI in 2012 to complement these evaluations, will provide a quick, “business-friendly” snapshot of progress and further work needed in specific areas as APEC economies proceed with the next leg of their free trade journey.

The center of global economic weight is shifting to the Asia-Pacific. The Bogor Goals of free and open trade and investment have supported this economic transformation because regional economies have been able to undertake unilateral reform, confident that other economies are moving in the same direction. APEC economies have a shared responsibility to maintain this positive, forward momentum and continue APEC’s vital contribution to regional and global growth, prosperity and stability.

John Larkin, Chair of the APEC Committee on Trade and Investment.