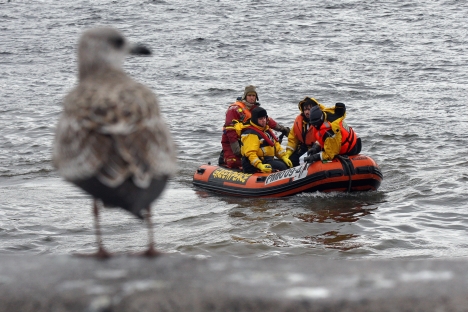 Following History Year in 2012, this year will be Environment Year for Russia. Over the next twelve months, Russia will host a series of international events geared toward protecting the world’s natural heritage.

Nature-lovers have been promised a number of things in the environmental field: international agreements and green legislation will be signed; a new post-Kyoto take on climate politics will be adopted; steps will be taken toward making industry and energy more environmentally friendly; and a number of high-profile wildlife summits will be held in 2013, to ensure future progress.

Following History Year in 2012, this year will be Environment Year for Russia. Over the next twelve months, Russia will host a series of international events geared toward protecting the world’s natural heritage. This February, leaders of the Baltic states will gather at a summit in St. Petersburg and discuss how to preserve the Baltic’s pristine natural environment.

In the first half of the year a national conference will be held in Moscow to discuss the problems facing Russia’s forests and how to protect this invaluable natural resource.

Russia’s Ministry of Education and Science has teamed up with RosGidroMet to organize various different sea expeditions, give scientists a chance study the ecological balance of the Baltic, White and Kara seas, and find solutions as to how to preserve it.

It has also been proposed that waste will be sorted and, where possible, recycled in all federal agency offices. A hotline – the “green line” – will also be set up to enable the public to voice questions and complaints about environmental issues.

The final event of 2013 will be a gathering of environmentalists and ecologists who will evaluate the progress made over the year and set out plans for the future.

According to the Kyoto Protocol, the second commitment period started at midnight on January 1, 2013 – but not for Russia. Along with Japan and New Zealand, Russia has refused to take on new quotas for cutting carbon emissions before 2020.

The nuance is that Russia, unlike Canada, has not officially left the agreement.

At UN negotiations the Russian delegation was keen to reiterate that Russia will continue to stick to the protocol’s annual carbon emission quotas. However, following Russia’s refusal to sign Kyoto 2, a number of “Kyoto” projects that are currently being realized in conjunction with Russian agencies have been called off. Around 150 such projects have been launched since 2010 – initiatives that have altogether cut up to 380 million tons of CO2-equivalent.

Everything Going According to Plan

Over the final two weeks of 2012, the state confirmed a plan of action for implementing state policy for environmental development in Russia up until the year 2030.

In 2013, the Ministry of Natural Resources (MNR) will be required to prepare a bill for ratifying the Aarhus and Espoo Conventions, as well as a draft bill for a law on environmental auditing. In addition, next year the MNR will present a lecture on harmonizing legislation (as part of the process of Russia joining the OECD) and publicize proposals for "updating legal and other acts that will resolve issues connected with environmental development" in Russia.

Mercury on a Global Level

The coming year will also give the world a new international environmental agreement toward cutting the use of mercury in industry and making mercury pollution a thing of the past.

As the Ministry of Natural Resources notes, at the moment, negotiations are still “very tense and difficult,” mainly because the countries involved in negotiations are at different stages of economic development. Weaning industry off its mercury dependency is bound to be a long and difficult process. The next round of negotiations will take place in Geneva in January.

Novopersky District in Voronezh Oblast promises to be one of the main environmental hot spots of the year ahead. Here, local residents are protesting against developing nickel mines.

Exploratory drilling is set to start by Jan. 25. Throughout 2012, locals organized mass protests; at the end of December, they put forward a referendum. They believe the mine will destroy the delicate ecological balance of the Khoper Floodplain and the entire Azovsk River Basin, and that the devastating consequences for the region’s agriculture will not be justified by the profits gained from the copper and nickel extractions.

At the beginning of October 2012, the Russian government undertook a number of measures to stimulate the renewable energy sector. Experts believe these measures could finally spur the development of renewable energy in Russia. According to plans the government made in 2009, renewable energy is meant to provide 4.5 percent of the country’s energy demands; in 2010 this figure was only around the 0.9 percent mark.

Many experts are now saying the plan has actually already fallen through and that renewable energy will only really take off in Russia at the end of the 2020s. 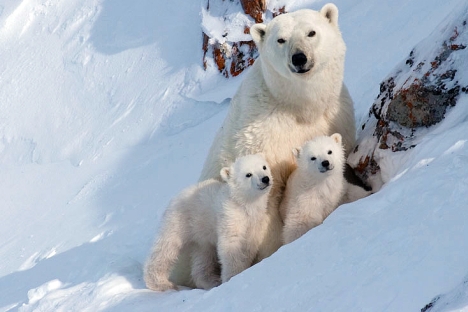 In fall 2013, Russia may hold an international summit or forum on the protection of the world’s polar bears – a species whose existence is threatened by climate change, says director of the World Wildlife Fund (WWF), Igor Chestin.

View the gallery: Where the polar bears roam

“Next year will be the 40th anniversary of the five-sided agreement on the polar bear, and a meeting will be held in Russia: Whether or not this summit will happen on a high level depends on the people making the decisions,” says Chestin.

The Snow Leopard in Kirgizia 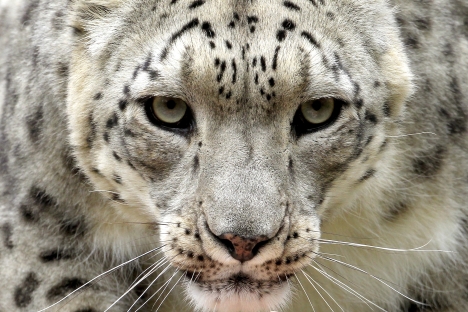 Again in the fall, Kirgizia may host an international summit on protecting wild snow leopards, which are in the Red Book of endangered species. The forum could happen in conjunction with a meeting of the Shanghai Cooperation Organization (SCO), because 10 of the 12 countries whose territories form the habitat of snow leopards are members or observers of this organization.

Gazprom is transferring the cars of its subsidiary companies to gas engines and is even setting up solar panels to power the extraction and transportation of gas. In addition, Gazprom is promising to plant more than 100,000 trees and also to landscape and clean up more than 2,000 hectares of land – on the coast, in cities and in the forest.

Environmentalists, in turn, are calling on the company to “give a gift of global significance” in 2013 and cancel the export pipeline to China through the Ukok Plateau, which is part of the Golden Mountains of Altai World Natural Heritage Site.

The article is based on materials from RIA Novosti.