Gérard Depardieu: “You have to be tough to be a Russian” 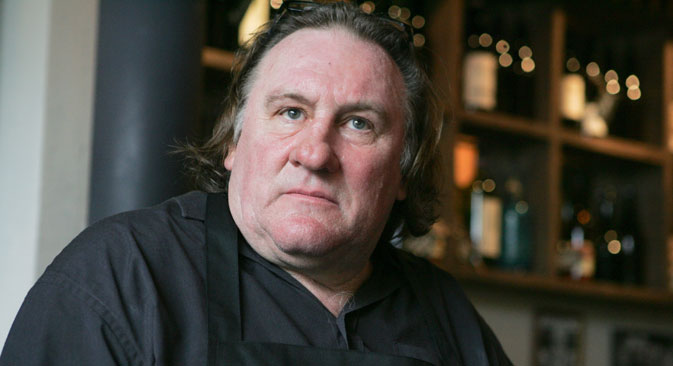 Gérard Depardieu: "French people love to go on the attack, for example, about the Pussy Riot story. But just imagine if these girls had gone into a mosque instead? They wouldn’t have got out alive." Source: ITAR-TASS

Gérard Depardieu was, and remains, a Frenchman – in the face of all the tax-hikes, social meltdowns and cheap shots from officials. Cyrano de Bergerac, Danton, Balzac: it is impossible to imagine French culture (or indeed any kind of culture) without his portrayal of these roles. The lure of Russia is a part of this same culture.

Depardieu’s comments about this lure are surprisingly far from banal.

Gérard Depardieu: What is it that’s majestic about the Russian soul? Russia is not a mountainous country, and the wind blows freely. I think that’s the source of the powerful Russian character. I feel the same way. I was raised in the Berry region – Berry has no mountains and the wind gusts there endlessly. We’re the same in this way. You need to be tough be a Russian, and to be proud of it.

Rossiya 24 TV Channel: Do you like the Russian language?

Rossiya TV Channel: Do you speak Russian yourself?

G. D.: I understand it, and I hope I’ll start speaking it soon. Studying languages makes you intelligent and well-educated. Language itself is education and intelligence, if you will. I remain fascinated by Russian literature.

Rossiya TV Channel: How did you become acquainted with Russian literature? What was the first book you read?

G.D.: Dostoyevsky. First Dostoyevsky, then Tolstoy; after that, Pushkin, and then, Bulgakov.

Rossiya TV Channel: How old were you when you read them?

Depardieu has repeatedly brought that obsession to life on stage, appearing in French theatre productions of “The Brothers Karamazov” and “The Idiot.” On screen, he has played Rasputin and Semyon Pugachev, and he hopes to be involved in adaptations of the works of Tolstoy, Bulgakov and Chekhov in the future.

G.D.: I love the female roles in Chekhov. I adore Tolstoy. Tolstoy wrote some amazing stuff, about how people wanted to free the serfs, even though the serfs didn’t want this and hoped to remain under the control of the nobility. People in Europe still don’t get any of this.

G.D.: They can’t get their heads around the idea that Russia (and all of the former Soviet countries) needed a kind of protector. Many of them were small countries who were often at war with each other – in the Caucasus or in Turkestan. It takes an iron hand to bring them together.

Even before receiving his Russian citizenship, Depardieu claims that he had carefully followed the events of domestic politics in modern Russia and Russian history.

G.D.: The opposition in Russia has no program – nothing at all. Of course, there are brilliant people like Kasparov, and that’s great, for chess. And that’s it. Politics is far more complex, far more complex indeed.

Russian history has passed through many eras – eras of violence followed by reconciliation. But when you see the ballerinas of the Bolshoi Theatre, when you see Valery Gergiev, when you hear Olga Borodina, listen to the Russian opera or become spellbound by Nureyev, these are the only things that matter in the final analysis. This is what is at the core of Russian history, at its deepest.

Mass media is wrecking world culture, Depardieu claims; but there still remains a chance. The French actor has not yet accepted the offer to take up the professional challenge himself (it was reported that he had been offered the post of minister of culture in the Russian Republic of Mordovia), but he is completely up to speed about the way things stand.

G.D.: You have Russian classics. Thanks to the intervention of President Putin, Russian animation has been saved. Putin has preserved the Rostropovich Collection, which had been split up. There are many Russians in France – and not only in France – who have returned to Russia because the spiritual aspect of life was lacking.

French people love to go on the attack, for example, about the Pussy Riot story. But just imagine if these girls had gone into a mosque instead? They wouldn’t have got out alive. Even Catholics thought this event was appalling. But if I say this in France, people think I’m some kind of idiot.

Sure, I may make mistakes, but I’m still human, after all. Unfortunately the masses are stupid, while the individual is beautiful – especially if he is fearless.

First published in Russian at the website of Rossiya TV Channel.