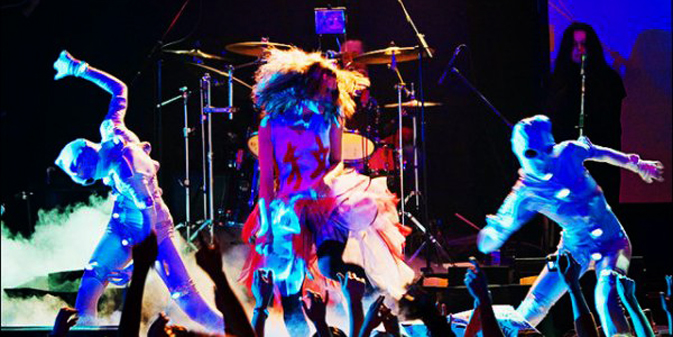 The Great Live Music Festival will bring together rock and jazz musicians from Russia and India in the first week of February.

A number of Russian groups are set to perform at Goa’s first ever large-scale music festival in the beginning of February. And you may be forgiven for wondering why it has taken so long to promote rock and jazz in the popular Indian tourist destination; Goa is, after all, one of the world’s party capitals. And it’s not as if the area hasn’t seen rock ‘n’ roll before – the first Western band to set foot there was none other than the Beatles.

The small Indian state is more readily associated with so-called Goa trance parties, events that are geared towards dance music. The first incarnation of the Great Live Music festival (to be held in the first 6 days of February) will feature two stages, with a list of performers that includes Masha i Medvedi, Gleb Samoiloff and the Matrixx, MONOLIZA, Barto, 7 Rasa and Goatica, as well as jazz pianist and composer Andrei Kondakov and Indian guitarist and songwriter Arvind Haldipur.

The necessary reggae music – the festival is taking place by the ocean, after all – will be provided by King Jassim and reggae-disco fusion group The Orange. The final line-up has not been confirmed and is still subject to change, despite the fact that the event is set to kick off in a matter of days.

The festival is the brainchild of a group of music lovers, but it has received unexpected support from the Indian Ministry of Tourism, the government of Goa and the Russian Embassy in India.

The organisers of next year’s Great Live Music festival – Russian House in Delhi – plan on moving the event to the Indian capital and transforming it into an international theatre festival featuring promising young theatre companies from Russia and India. The musical component will remain, with organisers already thinking about whom they will invite; Splin, Okean Elzy and Diana Arbenina are just a few of the names that are being thrown around.

Young bands will also get their chance to shine. “What we would like to do is invite promising new bands from India and Russia to play each year. This way, they will have the opportunity of performing on the same stage as these rock veterans. Rock music is very popular in India, so the festival will certainly attract many of the locals as well,” Great Live Music director Ksenia Goryacheva told Izvestia.

Although there have been problems with the financing, the organisers managed to enlist the support of Edwin Nunes, owner of the legendary club Curlie’s. Nunes, who was so excited about the event, had a rock stage built specially for the occasion.

The festival consists of several programmes in northern Goa and will begin with an opening ceremony that is expected to be widely covered by the press of both countries.

In addition to promoting cultural exchanges between the countries, the festival also aims to promote environmental protection and ecologically responsible tourism in Goa. The organisers want to create public awareness of environmental issues in the state.

Part of the proceeds from ticket sales will be donated “El-shaddai,” a charitable and educational fund for orphaned children.